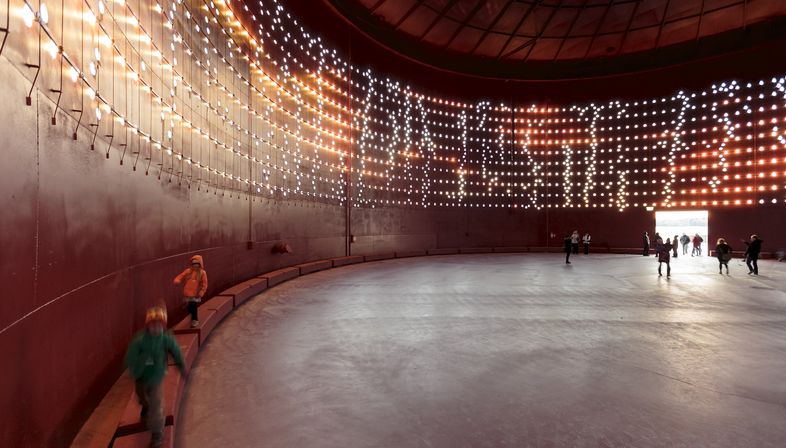 The design team from Madrid-based Lighting Design Collective (LDC) have reclaimed a disused oil silo and turned it into a landmark beacon. A milestone achievement in one of Helsinki’s outlying industrial zones, earmarked for redevelopment as a new residential neighbourhood and “district of light”. 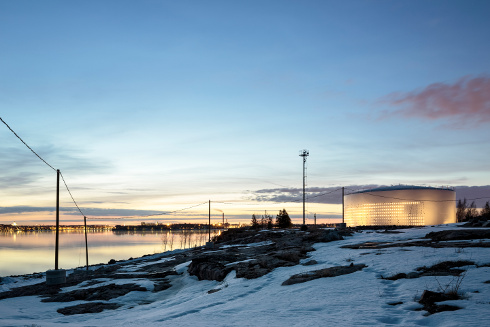 The response of Madrid-based Lighting Design Collective (LDC) to the city of Helsinki brief is a project that has reclaimed an old, disused oil silo. A new landmark for the city . 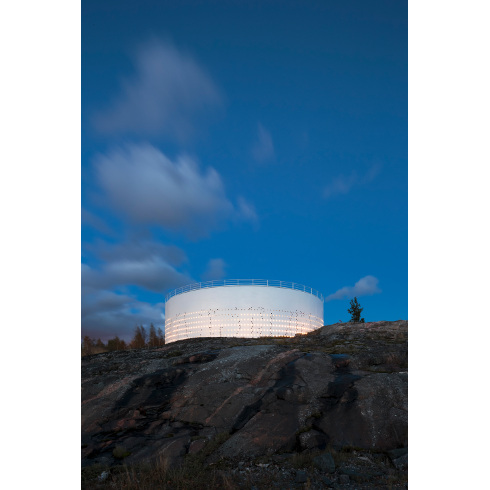 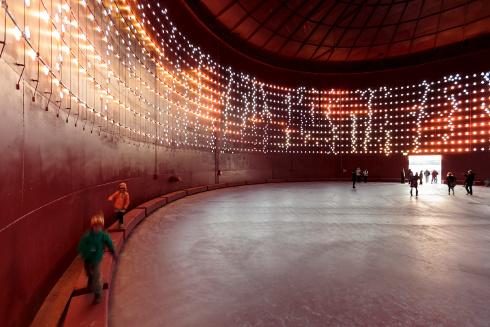 The aim of the structural interventions are to turn the industrial building into a new civic space in an industrial zone that has been marked down for future redevelopment and urban planning as a residential district. 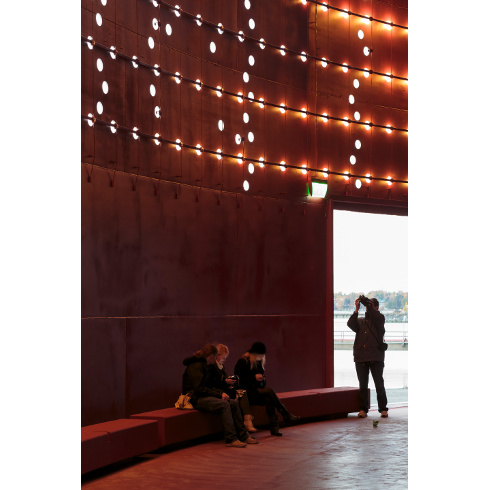 The heart of Silo 468 is itslighting design. The silo was perforated with 2012 holes to flood the inside with dappled daylight during the day and 1280 LEDs ring the interior to create a mesmerising light display at night, a beacon that is visible even kilometres away. These lights are controlled by bespoke software designed for the installation, based on “swarm intelligence” and algorithms that react to the weather conditions. So, the lights change every five minutes to provide constantly new artwork patterns. A real attraction with a focal point of light that has given the community a new civic venue. 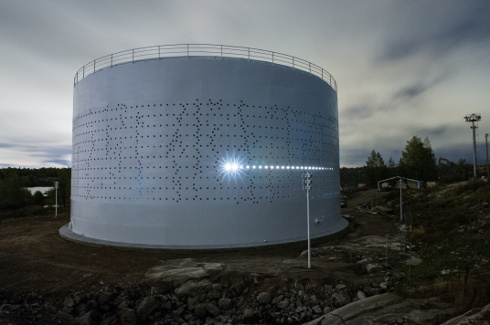 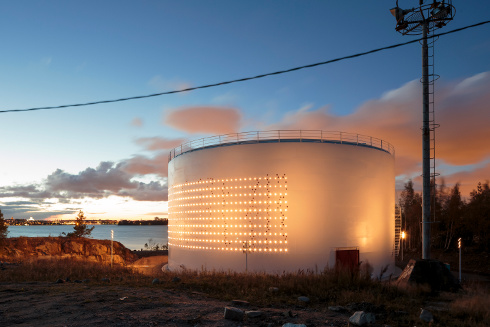 Silo 468 has won a number of international awards, including the prestigious “Award of Excellence” in the 2013 IALD International Lighting Design Awards. 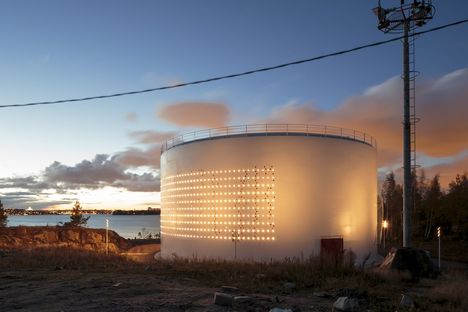 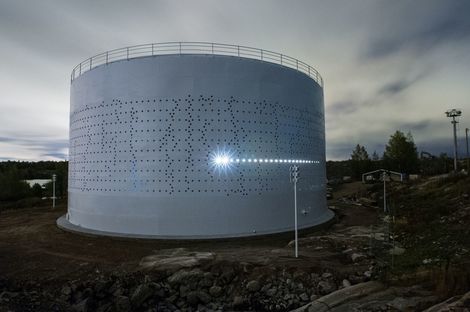