While the Covid-19 pandemic is continuing its global assault, many people are continuing to think about the effects of the lockdown on our cities, and if - and how - we adapt to a new kind of post-pandemic lifestyle. Of course, the first step would be to bring more nature into the cities, as Alban Wagener from the architecture visualization studio NATA.ARCHVIZ shows us. 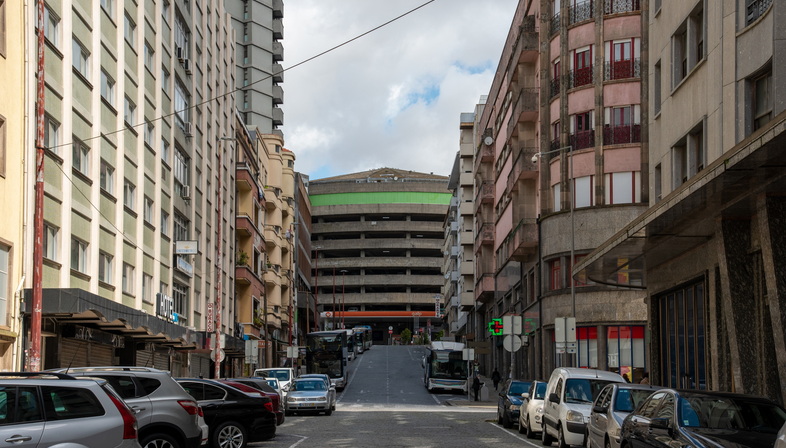 The novel coronavirus held us hostage for months and is continuing to do so in many parts of the world. Our world has changed fundamentally in just a few months of lockdown and social distancing, not to mention the negative impact on the economy.
That time has given us much food for thought, given that Covid-19 has opened our eyes to our vulnerabilities. In the first place, it really affected the cities since they are places of gathering, also due to their high population density. All the cultural events in cities stopped or were partly replaced by online events. People stopped going out and the working-from-home model, often in tiny apartments without any outdoor areas, affected the lives of millions of people, to the point where the idea of a return to the countryside was seen with great favour, the complete opposite of the rural exodus of the recent decades.
This was also the case in Porto, Portugal, where Alban Wagener from NATA.ARCHVIZ took a series of photographs which then formed the basis of his idea for a new post-pandemic city.
The recent scenario in Porto reminded the architect of the city of the past when there was no cultural offering, and there were no tourists. The empty, silent city of Porto during the lockdown period allowed people to think of alternatives for cities, seen perhaps from the multidisciplinary perspective of architecture, sociology, economy, ecology and design. In the words of Alban Wagener: “Likewise, this scenario favoured a possible reflection on the city of the future, which does not focus on the past in a nostalgic way, but emphasizes the history and conditions of the pandemic in order to rethink the city through utopia.” He refers specifically to Ebenezer Howard, an English urban architect who came up with the concept of a garden city, a utopian city where people would live in harmony with nature, in an egalitarian and sustainable society.
What would have happened if the lockdown had continued and nature had taken over our streets? And what if, at the end of the lockdown, policies were defined to return green spaces to the city, in a holistic and complementary perspective including public transport, pedestrian paths to comply with social distancing, bicycle paths and green spaces?
Since we so often don’t believe anything we can’t see, Alban Wagener and NATA.ARCHVIZ produced a series of images of Porto that visualize some possible future scenarios. Some crucial points for a more sustainable future, also as a result of the pandemic, considering that air pollution actually increases the deadly effects of the Coronavirus, are to plant trees, introduce more gardens and grow urban vegetable gardens. Trees and plants, in general, absorb carbon dioxide, they harbour micro-organisms, insects, birds and mammals, contributing to the balance of the land, and helping to prevent viruses and pests. Besides, the insects enable pollination, essential for the reproduction of plants and ergo for our survival on planet Earth.
Clearly, the creation of green spaces needs to be studied to understand the geographical features, the soil and the climate, in the sense of adapting to the territory from an environmental, historical and aesthetic point of view, as Alban Wagener says, and as he shows us in the images of Porto. 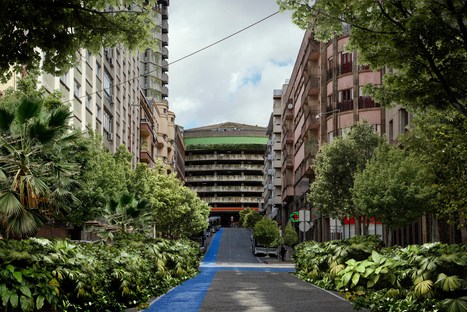 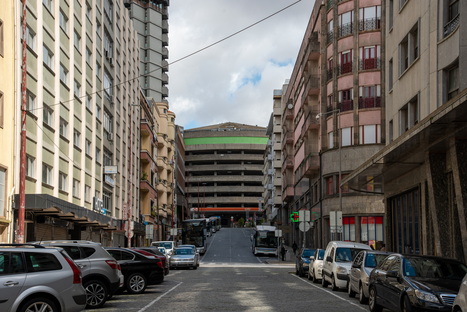 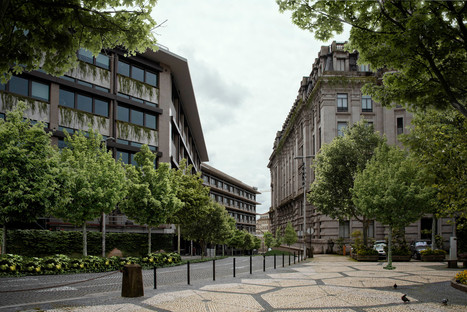 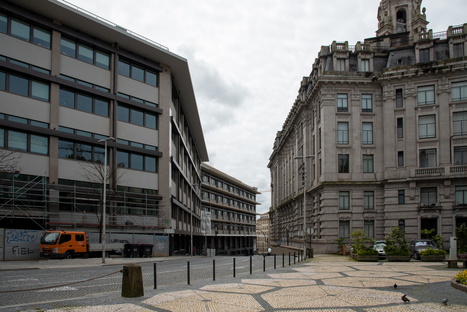 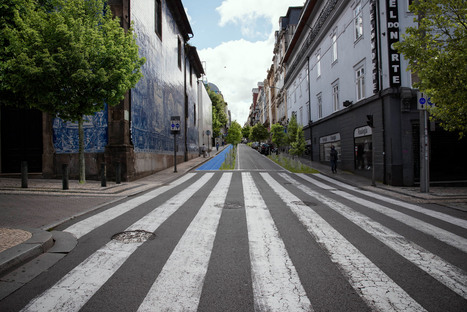