A gift to LACMA by James Goldstein 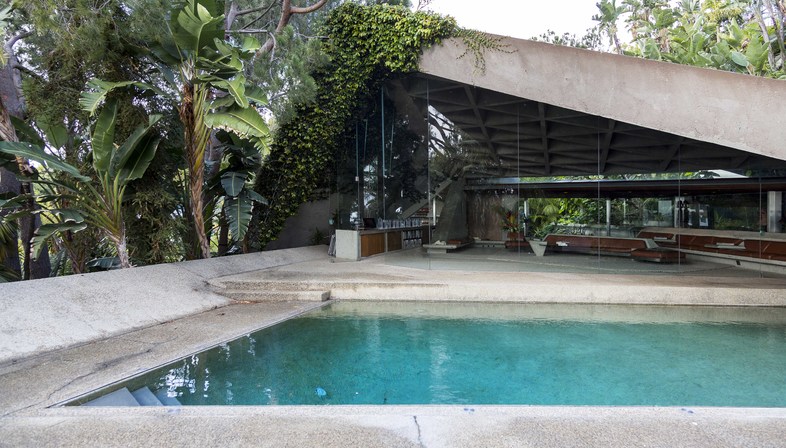 Illuminated patrons still exist. The Los Angeles County Museum of Art (LACMA) has announced that James Goldstein, owner of the high-end fashion brand of the same time, has promised to give them his house, designed by renowned architect John Lautner, a disciple of Frank Lloyd Wright. 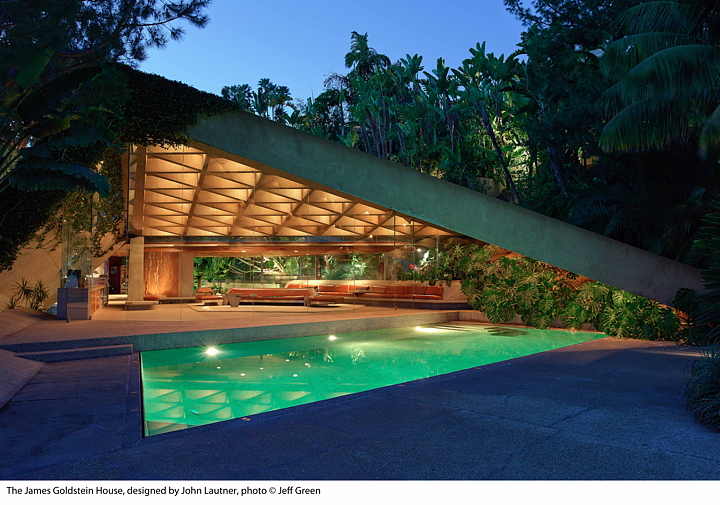 The Sheats Goldstein Residence designed by American architect John Lautner between 1961 and 1963 is located in Beverly Crest, not far from Beverly Hills, Los Angeles. The house is an example of Organic American Architecture, and was designed as an extension of the natural environment and a response to the client's personality. It was created from the inside out, built into the sandstone hillside - a cave-like home opening to embrace nature and take in the stunning views. 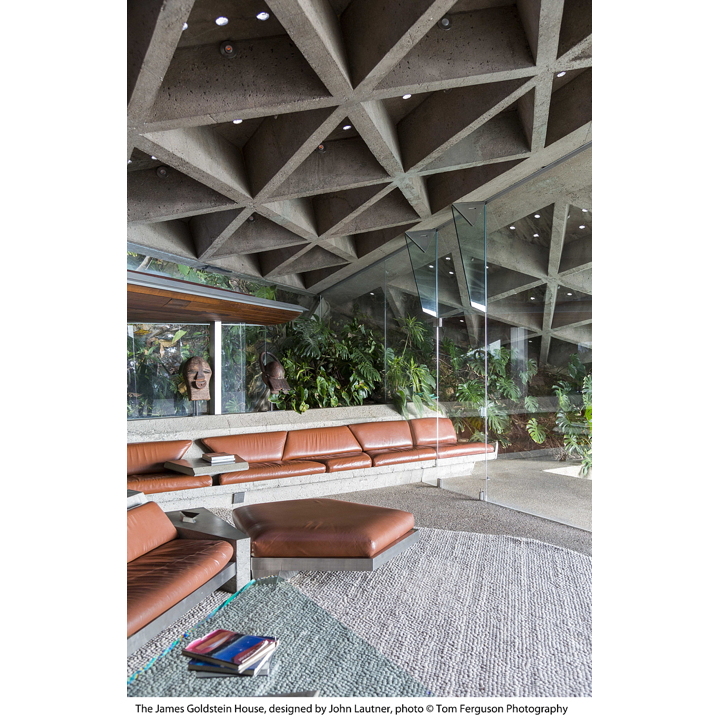 Known to movie buffs as the set for the film “The Big Lebowski” by the Coen brothers (the owner James Goldstein is a great fan of theirs and he had also opened up his home to other films and photographers, including Helmut Newton), the Sheats Goldstein Residence, which Goldstein purchased in 1972 along with its contents, will become the possession of LACMA. 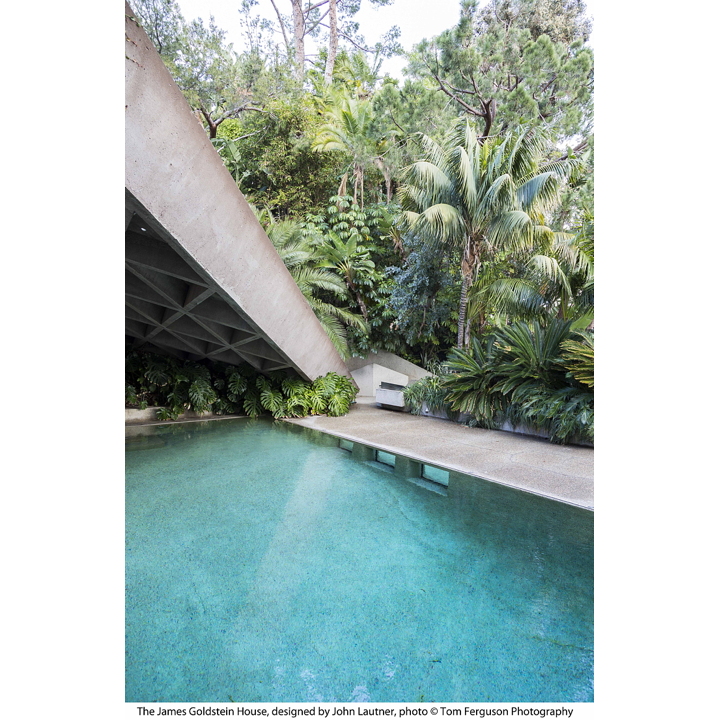 A generous gift that protects a unique architectural work which Goldstein and Lautner worked closely together to perfect, rebuilding and adapting it to blur the line between indoors and outdoors, as well as developing and maintaining the extensive tropical gardens where the James Turrell Skyspace is located. The installation commissioned by Goldstein, “Above Horizon” links to major works by the light artist in LACMA's permanent connection: Breathing Light and Light Reignfall. We mustn't forget either the extensive collection of fashion and art including works by Ed Ruscha, DeWain Valentine, Bernar Venet and Kenny Scharf and even an iconic Rolls Royce Silver Cloud from 1961. 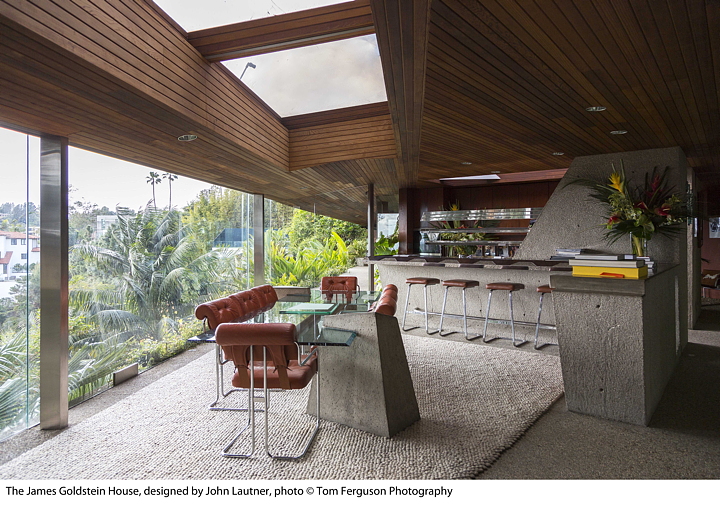 James Goldstein's promised gift will give the Los Angeles County Museum of Art (LACMA) an important landmark and icon of American architecture. Something which Goldstein hopes will be taken up by others: “Hopefully, my gift will serve as a catalyst to encourage others to do the same to preserve and keep alive Los Angeles’s architectural gems for future generations.” 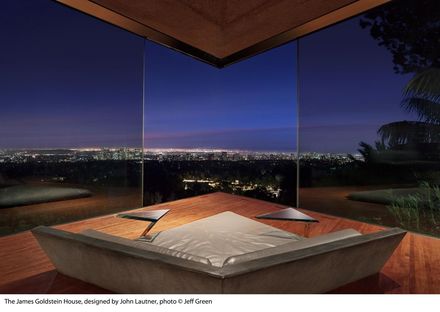 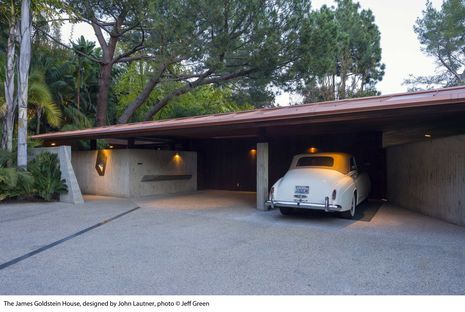 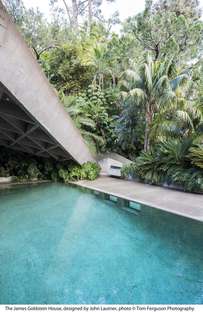 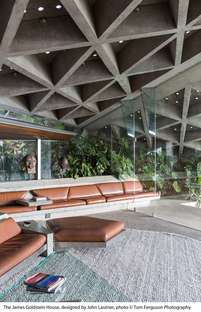 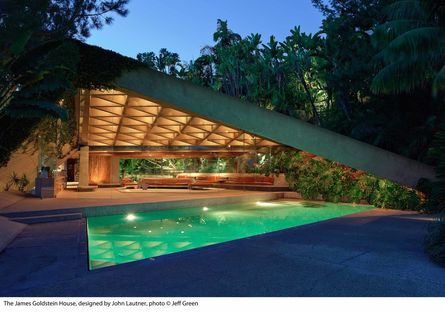 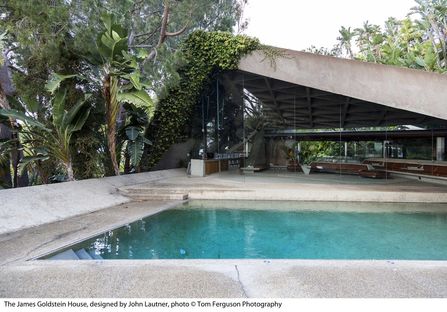 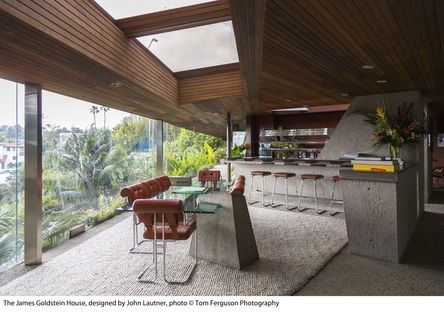