Our journey continues through the national participations at the 16th International Architecture Exhibition – La Biennale di Venezia with the Mexico Pavilion, curated by Gabriela Etchegaray and entitled “Echoes of a Land”. 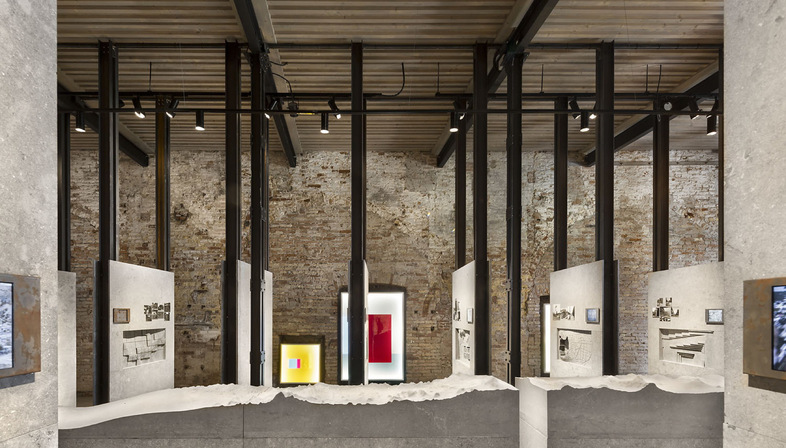 Our journey continues through the national participations at the 16th International Architecture Exhibition – La Biennale di Venezia with the Mexico Pavilion, curated by Gabriela Etchegaray and entitled “Echoes of a Land”.


Mexico's response to the theme of the 2018 Venice Biennale, Freespace, “Echoes of a Land” is the outcome of an open call, resulting in 213 projects submitted from 15 states in the Mexican Republic. The curatorial proposal of the Mexican Pavilion is an ideal scenario to consolidate the experiences and lessons learned in the three previous editions of the Biennale that included Mexico's participation.
The 21 selected proposals on exhibition in the Sala D’Armi at the Arsenale are completed by the work of a technical committee and the curatorship of Gabriela Etchegaray. A territorial approach and cross-cutting interpretations were used in order to be able to display both the architecture and an entire territory that defines the process of each project and to which architecture as a discipline must respond in a responsible manner.
Hence the decision to exhibit each project in the territory where it was created, milling it in 3D in the concrete bulkheads that mark the space at the Arsenale, introduced in turn by a large slab with the 3D model of the Mexican territory as a geographical location. This territory is both very vast and very diverse, offering the desert as well as tropical forests, volcanoes and lakes. That variety is also a major asset, as we can see when we look more closely, because it gives rise to an ongoing innovative creative process, also depending on the place the architect is dealing with. The territory prompts some responses to the country's many problems, ranging from education to culture and the health system.
One of the 21 projects on display is the new Teopanzolco cultural centre, designed by Isaac Broid and Productora, , located near an archaeological site in Cuernavaca, the capital city of the state of Morelos, in south-central Mexico. Imposing architecture in a place of great historical and cultural value that becomes the tangible expression of a harmonious link between the past and the present. A project that embodies the modus operandi of these Mexican architects in terms of geography and imagination, as also expressed by the curator Gabriela Etchegaray.
The curatorial proposal of the Mexican pavilion at the 16th International Architecture Exhibition – La Biennale di Venezia emphasises the geographical, imaginary and cultural significance of Mexican architecture. The pavilion is based on the ties that are expressed through freedom of imagination, interaction with the intangible and embedding cultural heritage in architecture.
The Mexican collective format is grouped together in a setting made of murals, textures and volumes that interpret cross-cutting approaches to the architecture of the country and that welcome visitors with a delightfully elegant, stand-out visual impact, as we can see from the images taken by Berlin-based photographer Ken Schluchtmann. 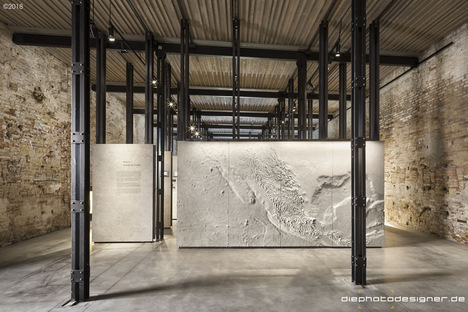 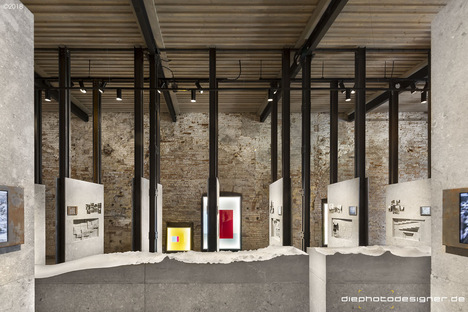 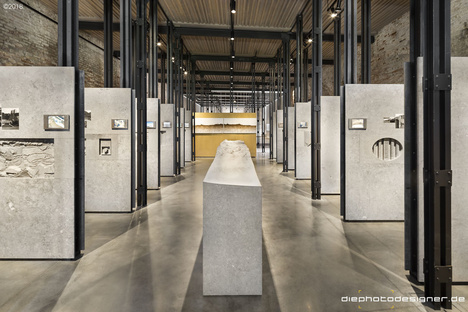 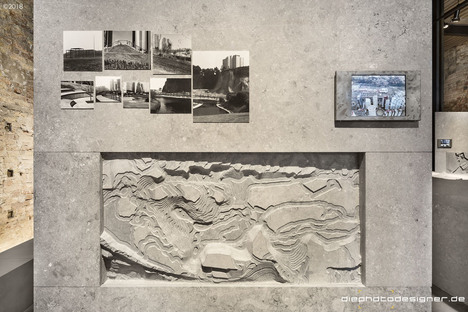 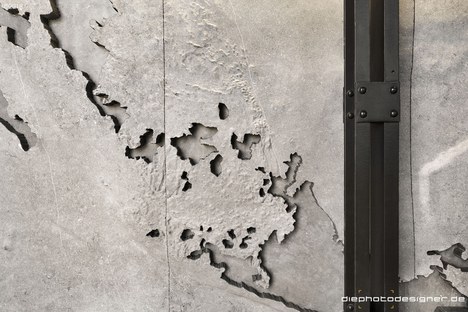