The American Institute of Architects (AIA) has selected 18 projects for the 2016 Institute Honor Awards, to recognise achievements in architecture, interior design and urban planning. 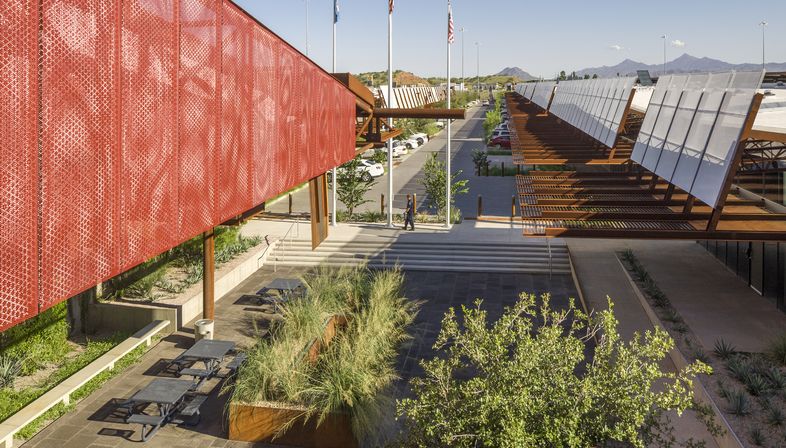 The American Institute of Architects (AIA) has selected 18 projects for the 2016 Institute Honor Awards, to recognise achievements in architecture, interior design and urban planning. Livegreenblog often showcases some of the award recipients and this year we're starting with the Mariposa Land Port by Jones Studio. 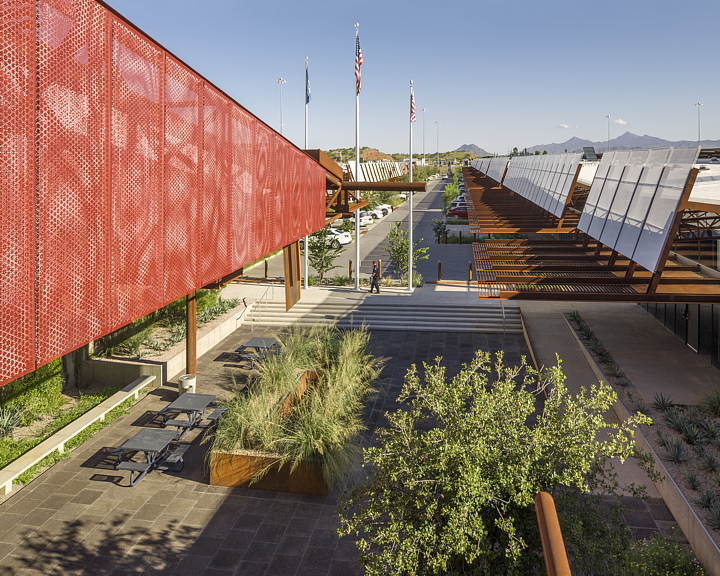 One of the recipients of the 2016 AIA Institute Honor Awards is the renovation and expansion project of the Mariposa Land Port of Entry (MLPOE), located on the US Arizona-Mexico border, and an important transit port between the two countries. 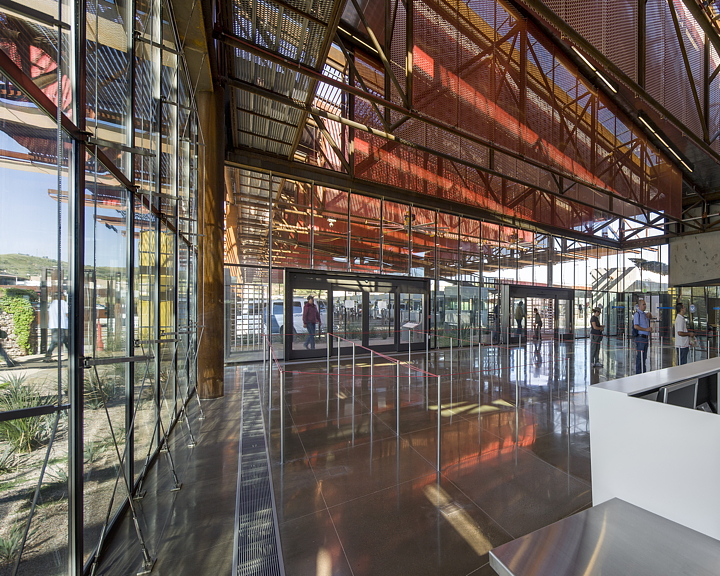 The project is in the middle of the Sonoran desert, near Nogales and was commissioned to facilitate customs processing, to clear traffic back-up and to make the infrastructure more welcoming, with special attention going to the desert climate. This zone is continuing to expand and the cross-border traffic has made it necessary to come up with a new, general concept of the area of about 230,000 square metres. The architects from Jones Studio responded with three new volumes, referencing the US flag with three colours that clearly separate the functions (red for private vehicles, white for foot traffic and blue for commercial vehicles). 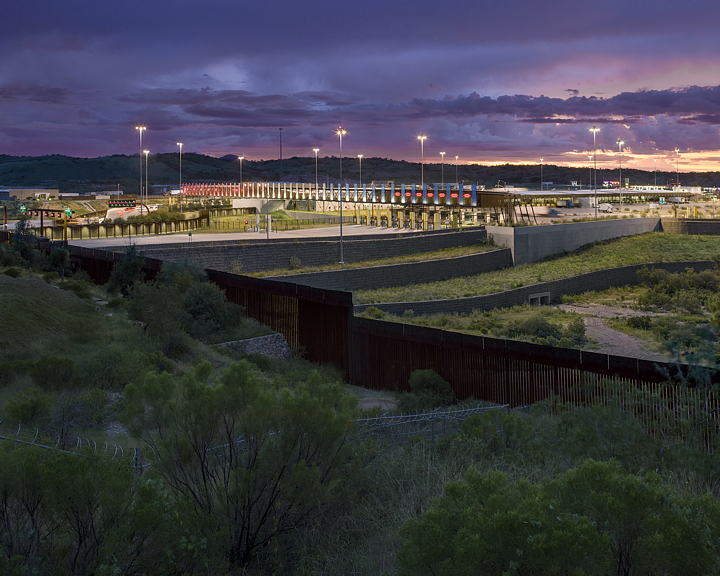 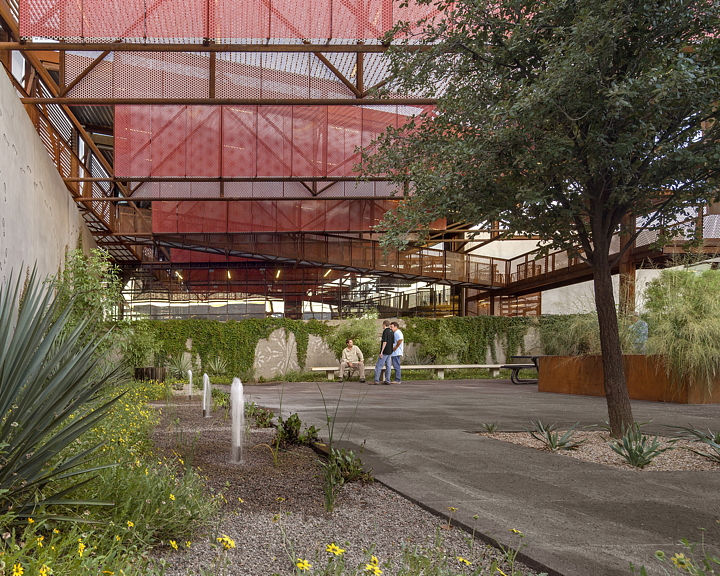 The project by Jones Studio is based around the landscape garden, a green ribbon and natural oasis to cool down and relax in, for the land port workers as well as for pedestrians crossing the border who until now were forced to queue along the road. The green is sustainably maintained by the monsoon waters harvested and stored underground. 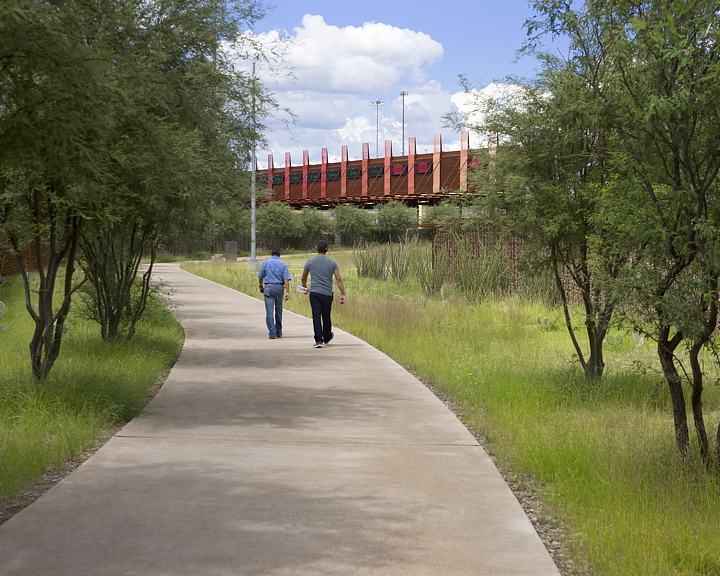 The project itself reveals the political role of the architecture and how attentive urban planning can change the way we feel about how we are treated as much as our perception of a space. The award to Mariposa Land Port of Entry is a step in the right direction towards architecture reaching out and not just limiting itself to iconic towers or dream homes. 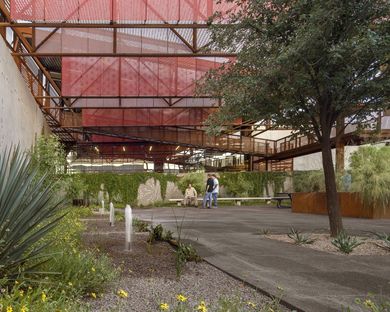 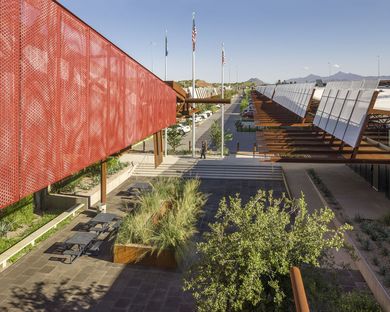 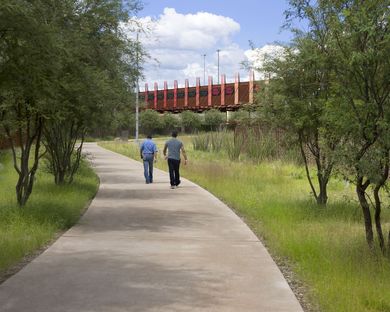 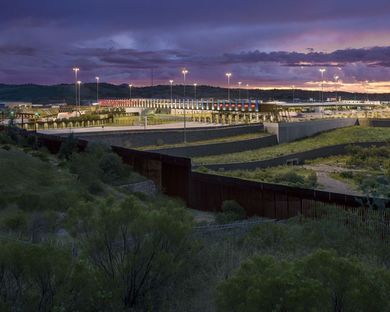 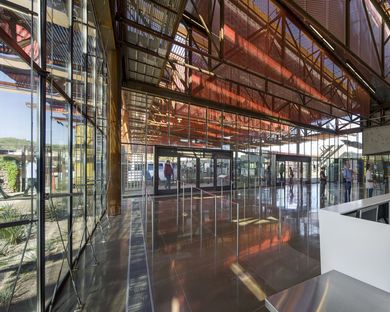 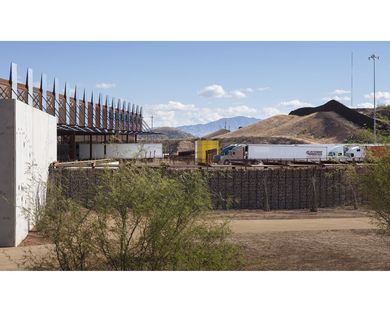 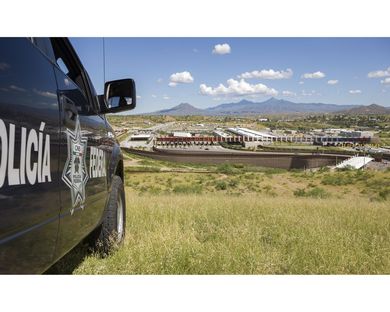