A stone building in Neoclassical style from 1933 and a series of irregular, luminous "boxes", made of transparent, translucent crystal: this is the new image of the Nelson Atkins Museum of Art in Kansas City, Missouri, which has been enlarged and renovated according to a project by the American architect Steven Holl. 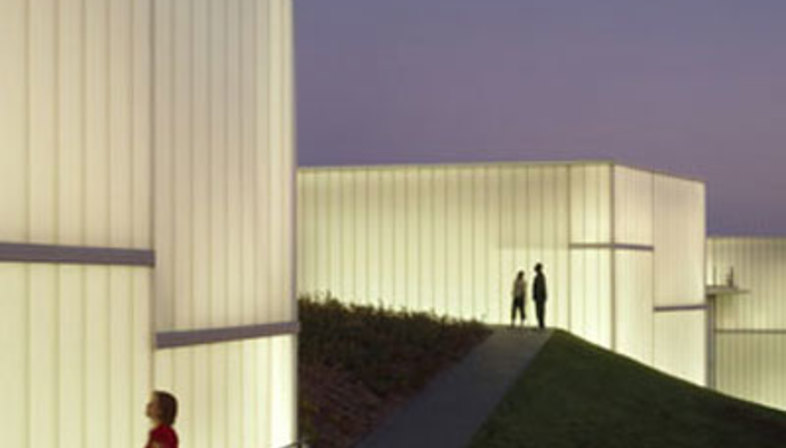 At the basis of this building is the concept of contrast, achieved through the glass structures in the Eastern area of the pre-existing building. They have been called "lenses" by the designer and let natural light enter, while at night they reflect artificial light back, giving the structure a changing image.
The surrounding landscape is also influenced, through the new perspectives that the gardens and sculptures take on. In 1999, the project won the international competition to create new exhibition spaces for the museum, part of larger work that led to the addition of over 15,000 square metres of surface, corresponding to 70% of the old structure. The surrounding grounds were also involved in the project, together with their sculptures, greenery and a pond.
The five "lenses" seem to emerge from the ground, creating a dialogue with the art and nature that surrounds them. The result is not a simple addition, but the fruit of a more complex vision, in which architecture and the landscape blend. This role is played, above all, by the lightness of these glass "lenses", which emphasize the contrast with the stone building and are in harmony with the sculptures spread throughout the garden.
The layout, along the East wing of the pre-existing museum, has been designed to create a large open space that leads to the entrance: a square that has also become a rest area for visitors.
There is also a large water feature, a pond created to house an installation by the artist Walter de Maria, which illuminates the parking through 34 circular lenses. 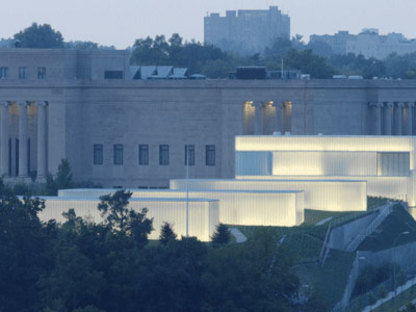 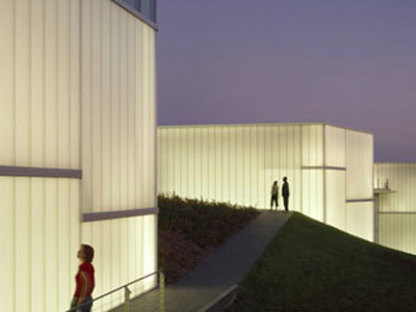 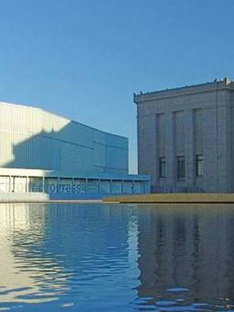