Transparent, composite, structured: the head offices of the Norddeutsche Landesbank, constructed in Hanover to designs by Studio Behnisch & Partner, is a building that it is difficult not to notice, not just because of its shape but also because it is exemplary from the power saving point of view. 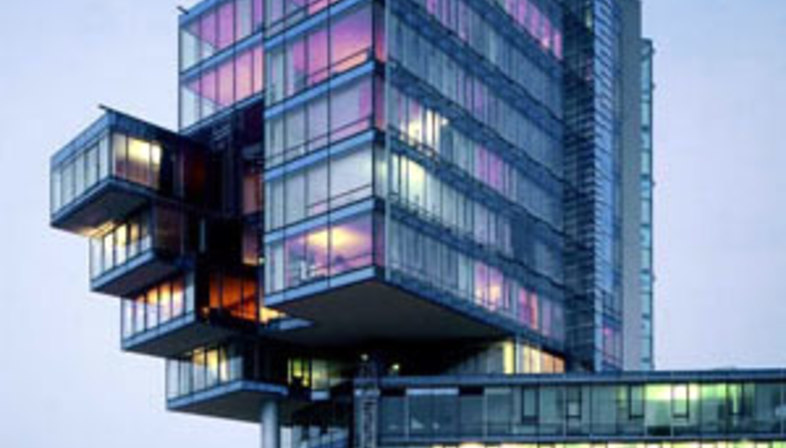 The complex houses the 1500 employees of the bank, previously located in 18 different offices and, because of its position in a very central area of the city, has become a landmark for the city. It is no accident that most of the ground floor is taken up by shops, bars and restaurants. This part of the building, therefore, has become both physically and socially a point of contact with the city and the local community.
The major distinguishing feature of the construction is its disjointedness, which gives an idea of movement and dynamism.
The most austere volume is the 6-storey perimeter block, but its linear styling breaks up into buildings which rise at different angles, culminating in a 17-storey tower block at the centre of the complex. Here the volumes increase: continuous projections and recesses, rotations and changes in direction create an extremely unusual composition. At first sight, the effect may be disorienting, yet the complex preserves all its organicity and unity.

Glass and steel are the true protagonists of this design, the dynamism of which is underlined by the lightness and transparency characteristic of these materials. Wide use of glass, often employed by Behnisch in many other buildings before, provides a filter between the interior and the exterior, creating an exchange of light and making it possible to see the surrounding cityscape. Here, however, the glass also acts as an air duct for natural ventilation, in place of air conditioning. 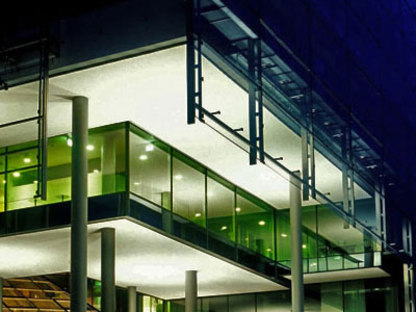 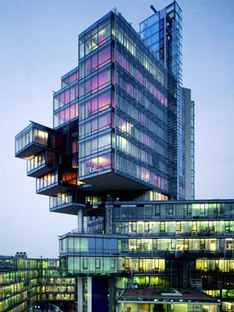 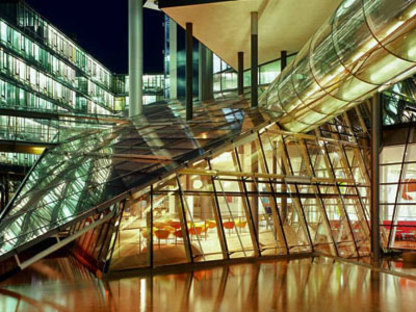 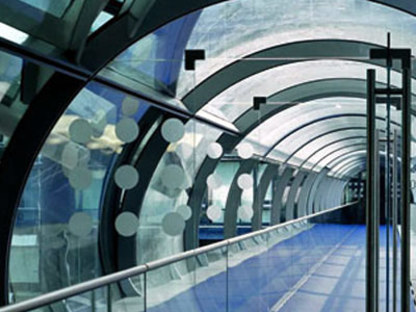 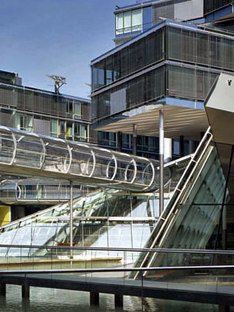 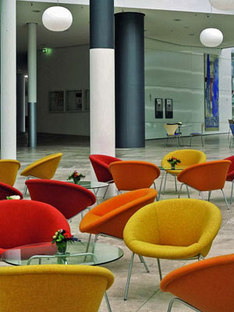