Set in the harbour of Aguilas, the new auditorium and conference centre by Studio Barozzi Veiga takes on its particular character, initially appearing to fit perfectly into its setting. An exemplary work demonstrating the architects' ability to combine the starring role of the landmark with familiarity with the landscape in their formal solution. 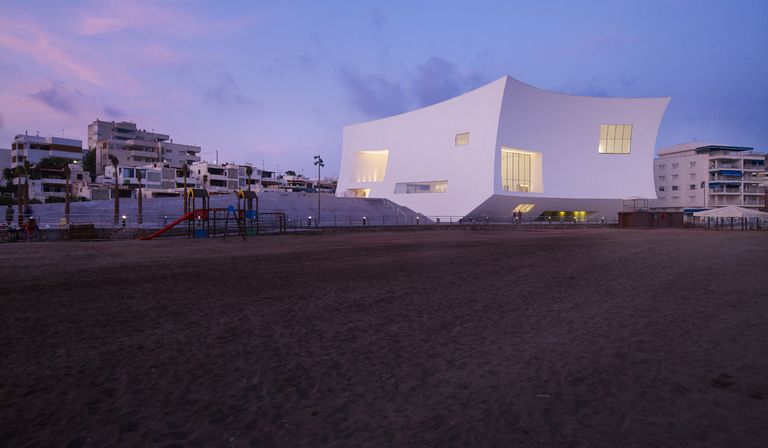 In the last twenty years architecture all over the world has seen a proliferation of experiments in design that sit on the land like meteorites that have dropped out of the sky, with a disruptive power that is often sufficient to justify their sense of alienation from and indifference to their surroundings. The charisma of some of these projects, such as those by Frank Gehry or Zaha Hadid, is undeniable, and over time it has become only natural for citizens passing by them to see them as part and parcel of the spirit and aesthetics of the place, no longer viewing them as curious or unusual. One wonders whether they will continue to attract the same attention in the media, or if it will be replaced by urban disorder once the surprise effect has worn off.
Barozzi Veiga reflects on the question and comes up with a personal response quite different from that of the archistars in a public project on the waterfront of the port of Aguilas, in Spain, dictating the principles of proper inclusion in the landscape without neglecting the building's iconic value. Inspired by the shape of the lot on which it is built, Infanta Doña Elena auditorium follows its shape with its layout, so that the side facing the bay is formed by two concave surfaces, while the wall facing the city is convex, following the course of the road in front of it, which separates the land along the coast from the regular grid pattern of the city. The side facing the sea is like the backdrop in a theatre, which is perfectly appropriate in a building intended for performances, which may be admired arriving by foot along the waterfront in a crescendo of perspective formed by the double stairway rising to the main entrance on the western wall. This is where the spectacular aspect of the architecture emerges, in the lightness of the volume's design, which makes it look like a white volume fitting perfectly with the surrounding Mediterranean buildings when seen from far away; only as one approaches do two unexpected concave walls appear, like two veils receiving the sun and the wind. In this way the spectacular aspect is made to fit into its context, continuing to tell its story, with the mediation of pure white, the natural stone of the stairway, and the windows with their irregular sizes and positions. White dominates the interiors too, with big windows over the beach and the sea letting the landscape and light into the building and revealing the continuity between natural and artificial. 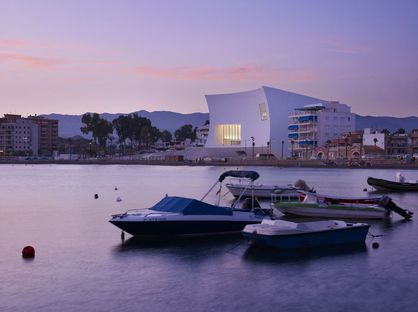 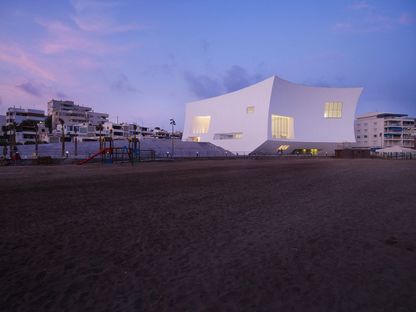 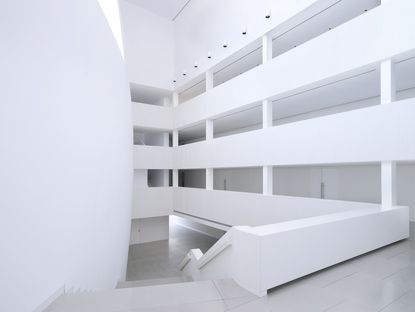 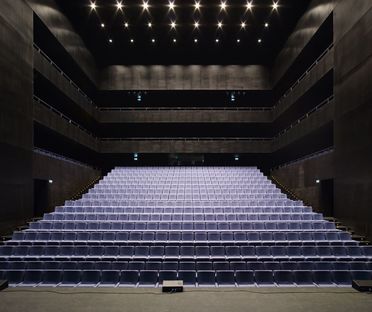 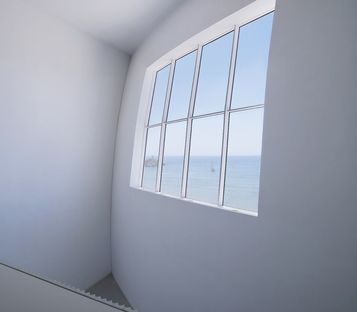 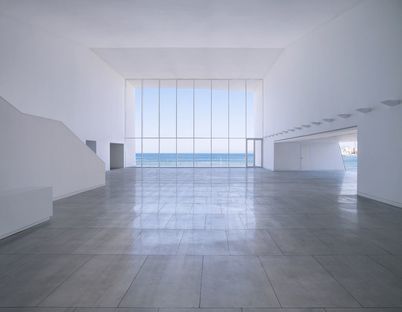 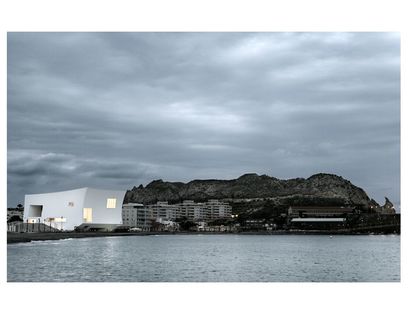 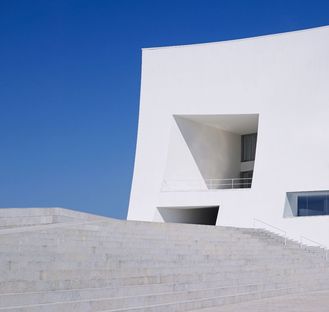 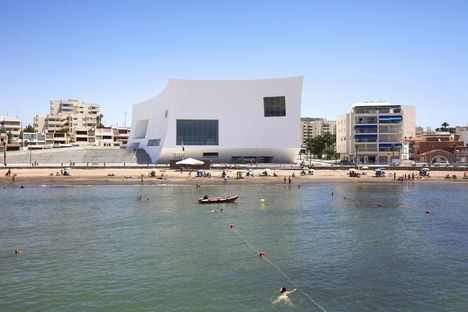 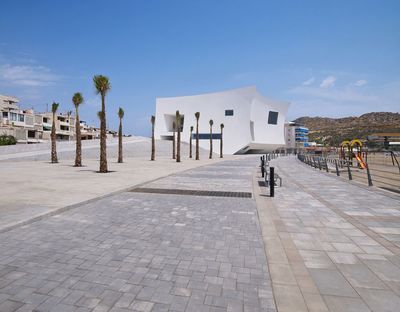 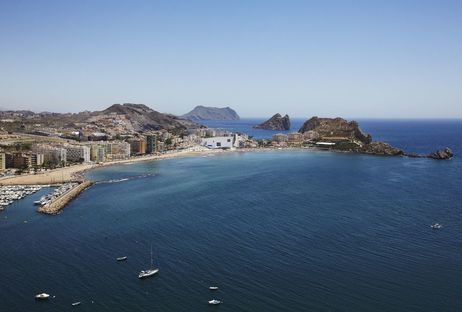