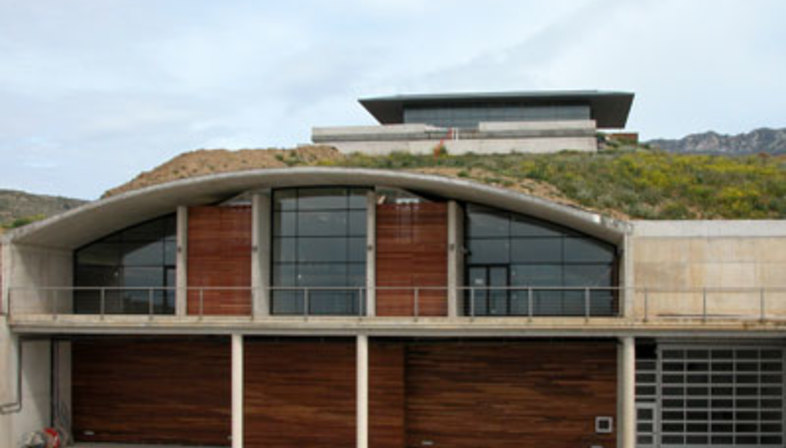 The intention of suggesting a single space, an interior that can be perceived by visitors in a global view, appears again in the lower levels, where the floors open out and the vertical connections consist of broad ramps, a solution which also complies with current legislation against architectural barriers. The longitudinal section shows the link between the construction and the contour of the land, and the interior of the wine cellar appears as an enormous container. The space is easy to move about in and every stage in the wine-making processing can be followed.
The structural elements are in great part prefabricated, since reinforcement would have been very expensive for the type of structure choisen by the designer, the architect Iñaki Aspiazu Iza.
The use of prestressed reinforced concrete for the floors was obligatory, due both to the heavy loads to which they are subjected and to the wide spans covered.
The entire project has been planned in the intention of organizing the building according to a rational program that perfectly satisfied the client's requisites, while simultaneously creating an architecture in harmony with the suggestion of the context.
The resulting structure is totally respectful of the landscape, and the rows of grapevines thet run up the hill seem to cross the ridge as if no interruption of any kind existed. 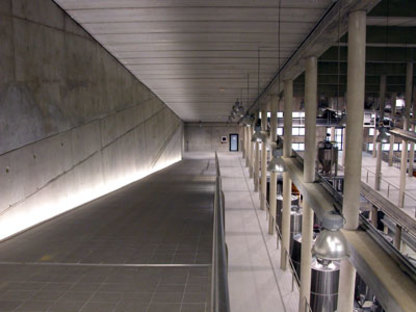 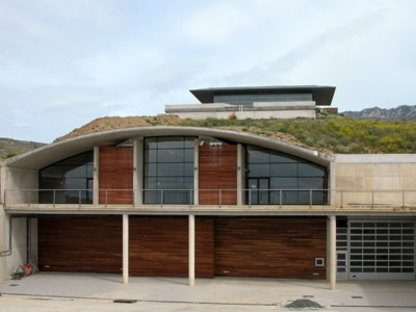 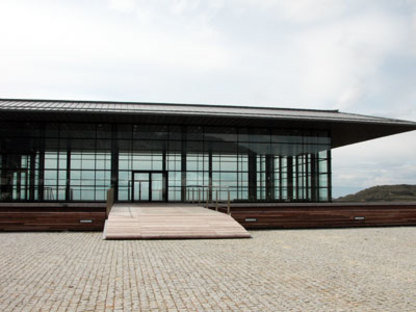 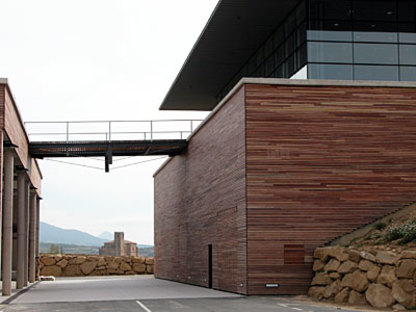 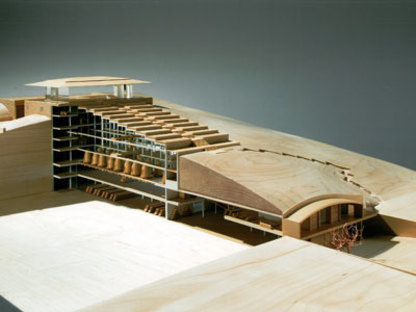 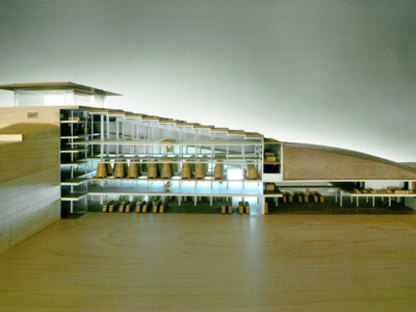 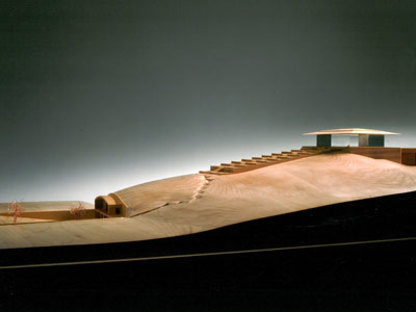 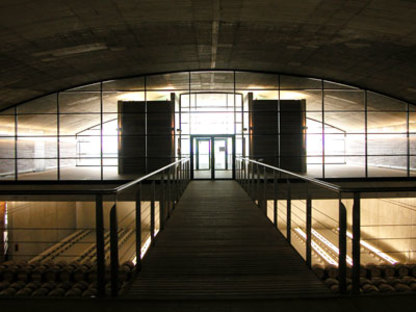 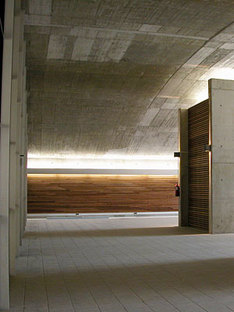 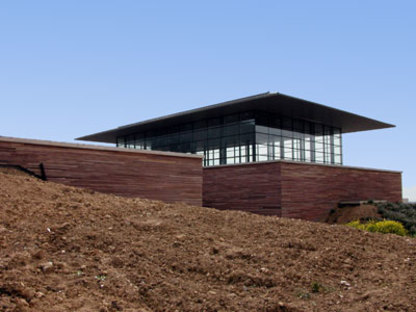 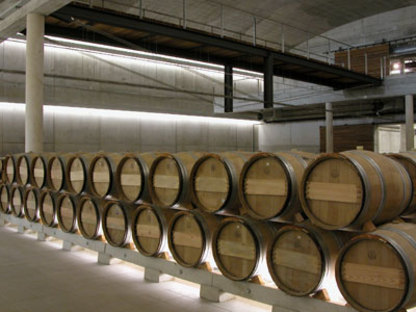 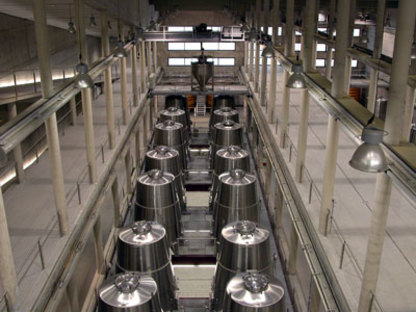 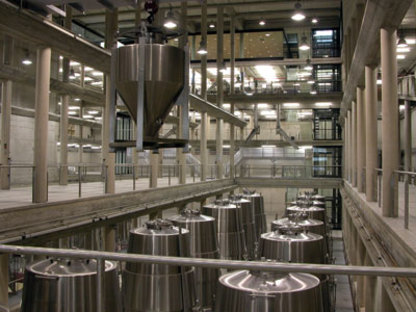 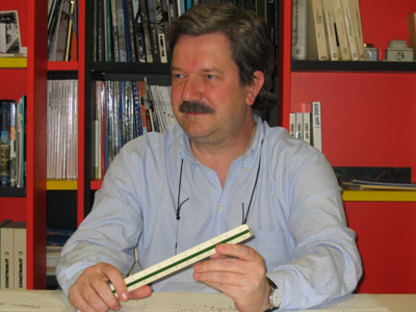 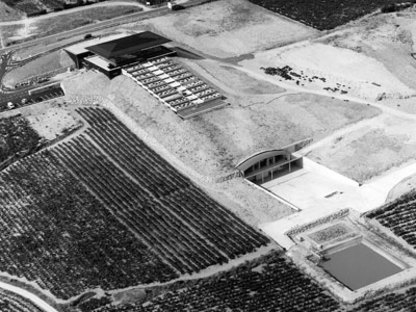