Following the Norwegian Parliament's decision to make Gardermoen airport the principal airport in eastern Norway, a company was established in 1992 to build a new structure: the Oslo Hovedflyplass. 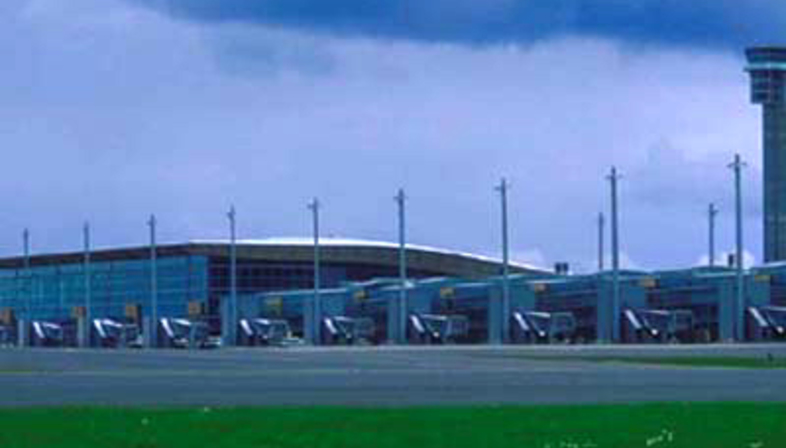 The company commissioned the airport design from Aviaplan, a joint venture including three architectural practices from Oslo (Narud-Stokke-Wiig, Niels Torp, Hjellnes Cowi) and one from Copenaghen (Skaarup & Jespersen).
Aviaplan turned to the consulting services of three more companies for the transformation project, including Ove Arup, concerned prevalently with the structures: the partnership made the most of each member's specific expertise in response to a programme defined by the client, Oslo Lufthavan.
The client identified the chief goals of the new airport as efficiency, flexibility, security and integration of environmentally friendly architecture with interior design.
Gardermoen airport, covering a 140,000 square metre area, was originally intended for about 15 million passengers a year; later construction of two more terminals increased its capacity.
The project layout is perfectly clear: the main terminal is positioned in the centre, and houses ticketing and check-in counters, security, and commercial and service facilities.

The departures area on the building's upper level consists of large open spaces taking advantage of the building's full height, topped by an undulated roof which rises toward the north facade.
The arrivals area on the lower level is a hall two storeys high.
On either side of the central construction are two volumes linking the main terminal with the planes, containing waiting areas at each gate, structured on two levels to separate the flow of arriving and departing passengers. Passengers embark and disembark along a series of galleries made entirely out of glass. 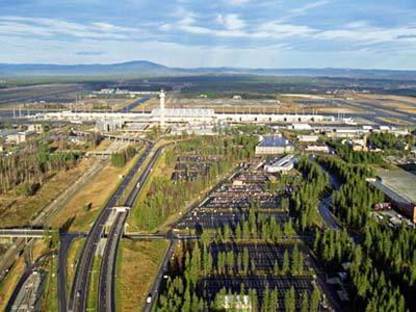 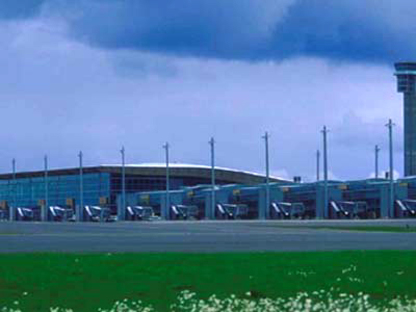 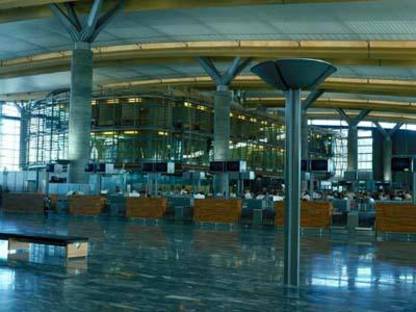 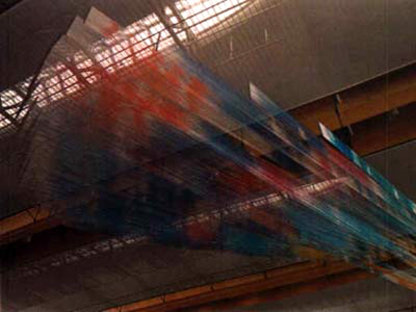 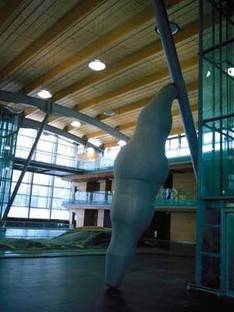