Fort L'Écluse in Léaz has been renovated to plans by atelierpng in a project developed in perfect harmony with the historic memory of this military structure and the landscape around it. The fort has been transformed repeatedly over the years, destroyed, rebuilt, amplified and adapted for different uses; today, the redeveloped fort becomes a major tourist attraction in a splendid natural setting. 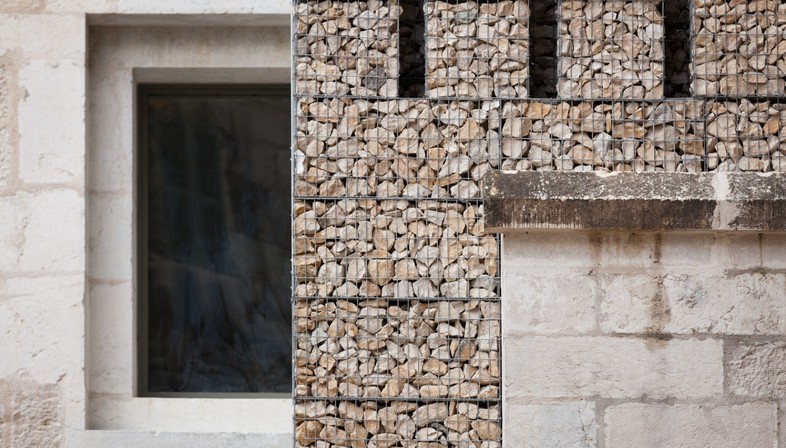 Antoine (Pedro) Petit, Nicolas Debicki and Grichka Martinetti, architects and founders of atelierpng, planned the redevelopment of a very special place: Fort L'Écluse, a military fortress towering above the Rhône Valley, built in the small French municipality of Léaz, in the Communauté d'agglomération du Pays de Gex in the department of Ain, region of Auvergne-Rhône-Alpes. Built near the border, the fort was in an ideal position to control the narrows providing a natural access route to France from Switzerland and separating the Jura massif from Mount Vuache, a route that has been known and protected since the days of ancient Rome. On the flank of the mountain, Fort L'Écluse is now one of the gateways to the regional nature park of Haut-Jura and an important cultural and sporting attraction attracting thousands of visitors every year, especially in summer, when it hosts a very popular jazz festival (Jazz In fort l'Écluse). Sporty types go for the “Via ferrata de Fort L'Écluse”, a climbing route along the steep rocky wall separating the lower fort from the upper one. 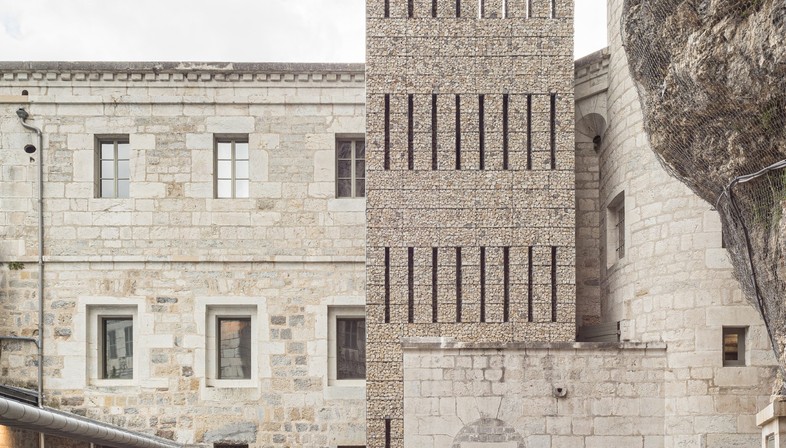 Fort L'Écluse is also an important example of military architecture and its evolution, with elements such as towers, watchtowers, loopholes, lookout turrets and casemates built over the centuries. The fort was constructed between the 16th and 17th century over the ruins of an ancient fortified castle, Château de la Cluse de Gex, built between 1225 and 1277, but has come down to us in the form given it in the radical transformation of 1830. To write the next chapter in the history of Fort l'Ecluse and its stones, the architects of atelierpng began by studying the past, and the stratification of actions over the years, leading to identification of the "gabion" as an element linked with both military architecture and the fort’s history of particular value today for landscape architecture and civil engineering. The gabion became the key to the main task of the renovation project: building new vertical links. The architects designed a gabion to conceal the metal structure of the modern new staircase from view, a simple volume as rigorous as the fort’s geometry. The structure consists of galvanised steel cages filled exclusively with material from demolition work on the site, reclaiming the stones of the parts that were destroyed and giving them a new purpose. The same construction system was used for the brick floors, so that the fort rebuilt itself. The rocks, the structure, the site and the landscape around it are all in perfect harmony, becoming an example of a resilient construction. In the design of the embrasures in the gabion, the architects identify and suggest viewpoints that highlight both the landscape and the architectural elements of the fort.
From this singular position anchored to the flank of the mountain, Fort L'Écluse continues to tell of the military history of the site, its architecture and materials, combining them no longer with the function of scanning the horizon for enemy troops but with representation of the landscape and the Rhône Valley, the mountains and the nature around it. 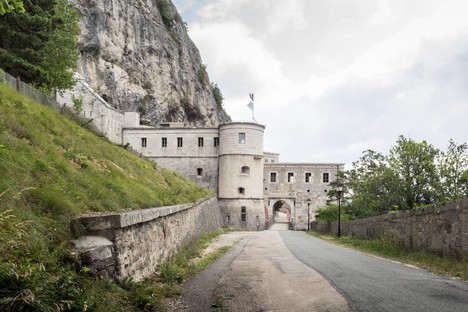 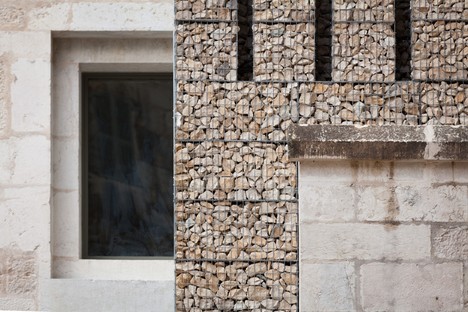 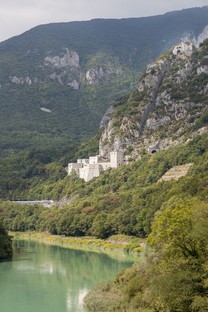 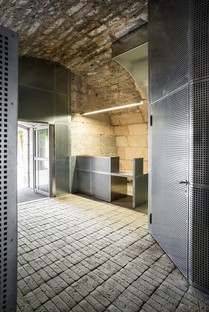 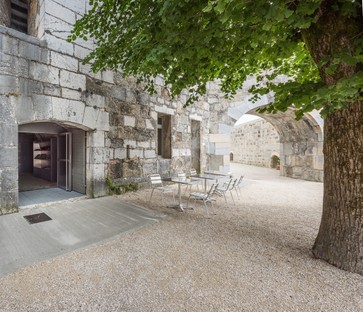 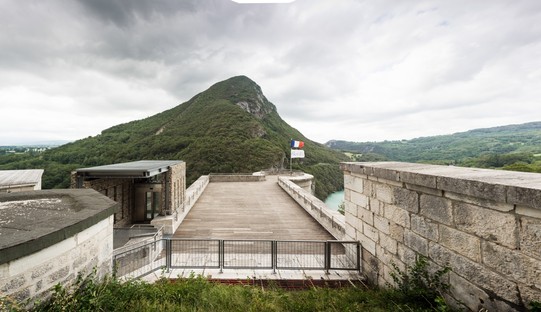 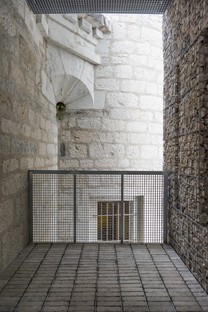 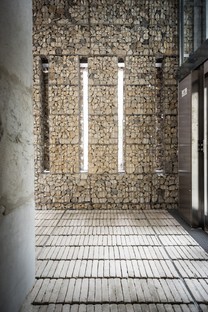 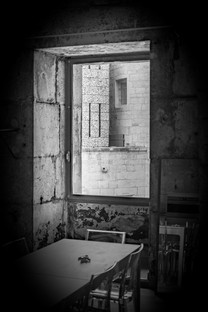 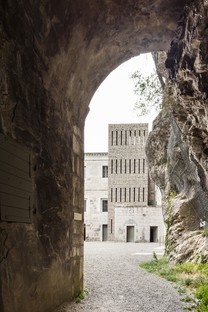 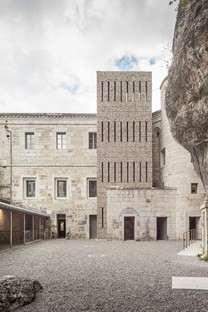 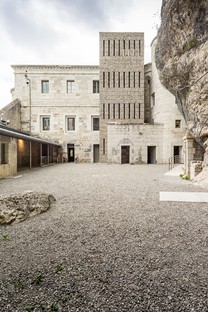 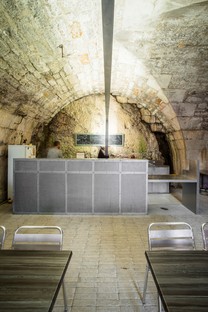