Atelier Pro architects of the Hague constructed an office complex between 1999 and July 2001 in the southern part of Amsterdam, between the Olympic Stadium, the Rietveld Academy and the Aldo van Eyck orphanage. 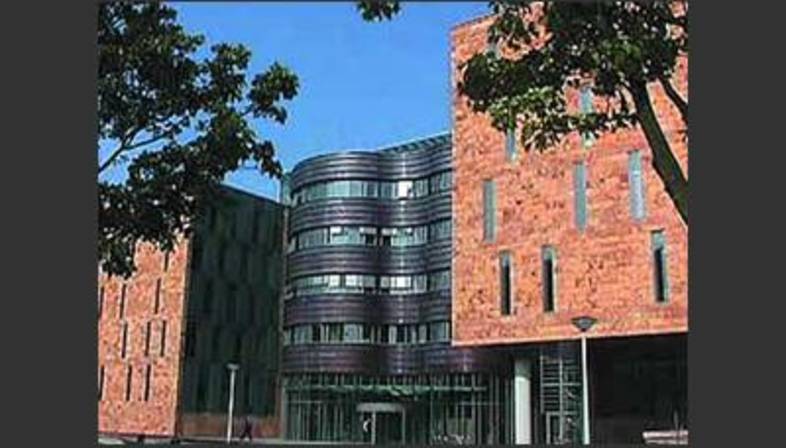 It was originally designed for more than one tenant and built with a large atrium as a place for people to meet and communicate.
Atelier Pro is renowned in the field of renewal of city districts, such as the ING-Burohaus in Warsaw's Holland Park and the Breda railway station area.
As seen from the outside, the building is a complex consisting of two parallel wings of offices, both the same length, turned slightly in toward one another. Their stone facades are connected on both the covered side and the front with abundant glass panels.

The hall, also made of glass, is situated between the two office wings and is not directly visible: pavilions covered with copper strips protect against curious eyes outside.
The elegant, sinuous facade overlooks a street in the city's southwestern quarter, while the terrace overlooks one side of the canal to the northwest.
Vertical access routes in all four corners of the atrium complete its visual boundaries.
The door in the hall facing onto the road lets clients and visitors in.
A stairway leads to the reception area, as the main floors are raised due to the fact that the parking lot below is not entirely underground. 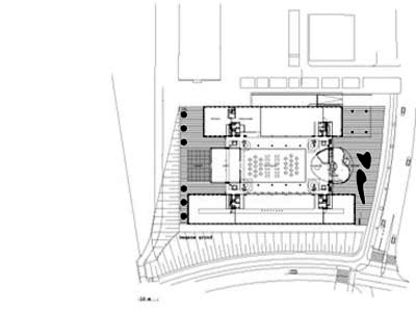 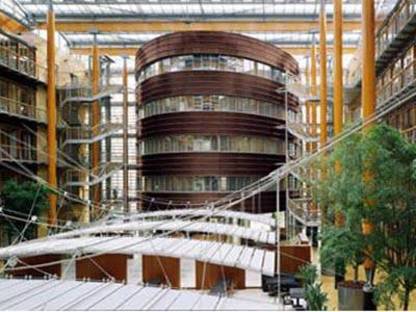 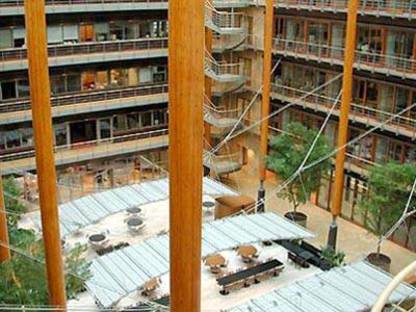 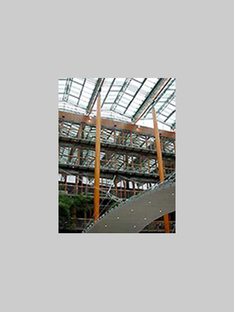