An architectural composition is often created out of an opportunity, a complex condition requiring further resolution. This was the case of a private home completed in 2010 by ARTechnic architects in the Setagaya district in Tokyo. 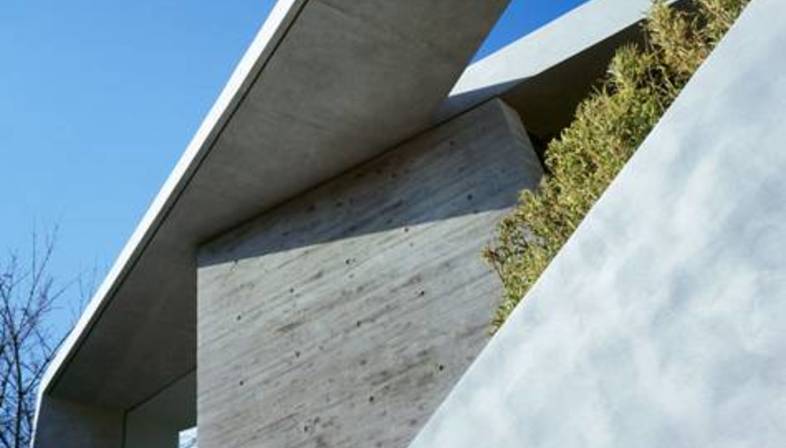 The design of the M&M Rosie home in Tokyo’s Setagaya district was a result of the client’s decision to purchase a 232 square metre lot with an irregular pentagonal shape. Set between other lots and nearby homes, the lot demanded an unusual design to make the most of the available space. ARTechnic’s preliminary design made the most of all the corners not at right angles on the land and limited the building’s height, increasing the amount of liveable space and creating a rich, surprising design for the building that convinced the client.
The first problem was the fact that the boundary on the road to the east was not parallel to the western boundary at the back of the lot: the architects solved the problem by inverting the inclination of the main facade, so that it unexpectedly welcomes visitors coming in via the courtyard gate. This is accentuated by the fact that the door to the home and the dogroom, which are aligned, are set back. The facade is the product of intersection of four linescorresponding to the entrance, the first floor balcony, the outermost cement wall and the cornice on the roof, creating an interesting alternation of openings and infill which, in the absence of right angles, reveals the compositional order which also emerges inside the home. The architects paid special attention to the finishes on the structural cement, created with wooden formworks which are left exposed to constitute an important detail of the decoration. Its intrinsic “brutality” is also lightened up by the texture of windows culminating by opening the roof up to the sky . There is no sense of disorder, but an overall balance maintained by the parallel lines of the cornice and the gate on the boundary of the lot, produced by complete design of every detail, from the metal door with its glass opening to the interaction between the big wall of glass over the entrance and the window cut out of the cement wall, both of which run the full height of the building, from the two-dimensional design of the doorbell to the volume of the balcony with its plants.
Access to the interior, the entrance hall and the stairs to the second level is from the left hand side of the facade, shifting the home’s axis and leaving plenty of freedom for the floor plan inside.In order to build a second floor with a ceiling of the right height, the level of the ground floor is slightly lower beyond the entrance hall, in compliance with regulations limiting total building height to make sure that buildings do not block the neighbours’ view. Here an underfloor heating/cooling system has been applied which is completely invisible, with parquet laid over it. The wood continues to the back of the home, where a large paved courtyard follows the shape of the lot to make the most of the available space.
The floor plans on each level are the product of a design that does not force space to fit into right angles but makes the most of diagonal lines to maximise the amount of space available, as in the single large living space on the ground floor, with its series of storage spaces, and the three bedrooms on the upper level, each with its own wardrobe and bathroom. 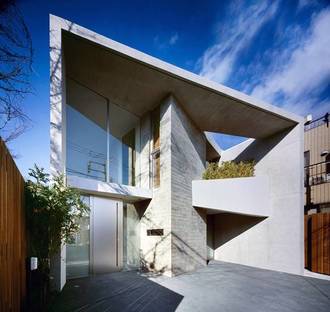 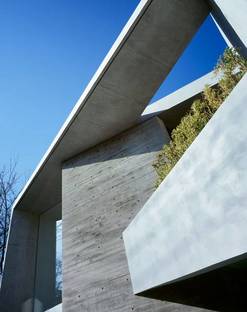 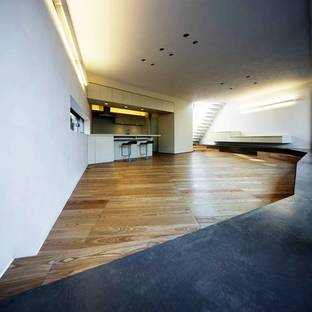 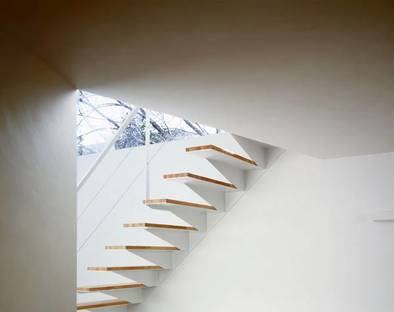 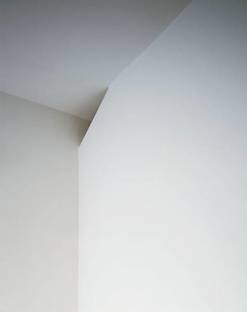 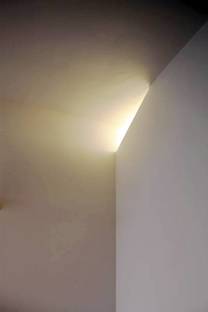 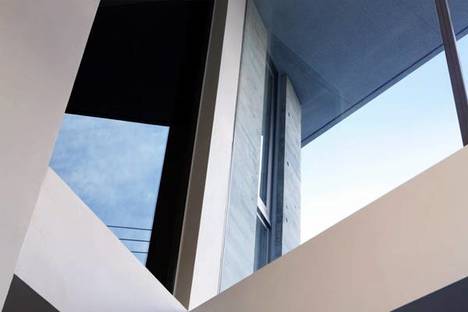 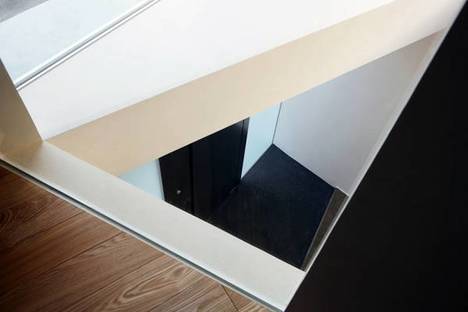 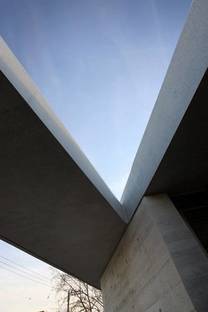 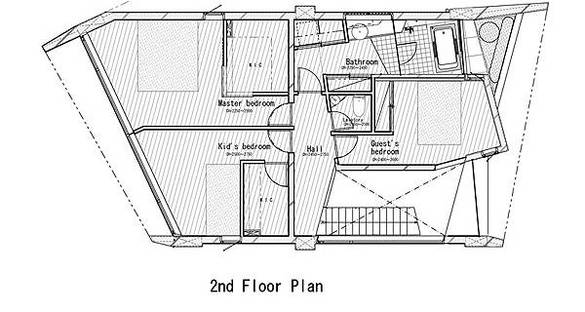 Chiba Manabu: Sugar Housing in an art gallery in Tokyo