Amoretti Calvi’s cemetery in Armea is a silent, solid, metaphysical work: a place of prayer and remembrance that enraptures the senses and takes them on a voyage in which aesthetics are a constant companion. 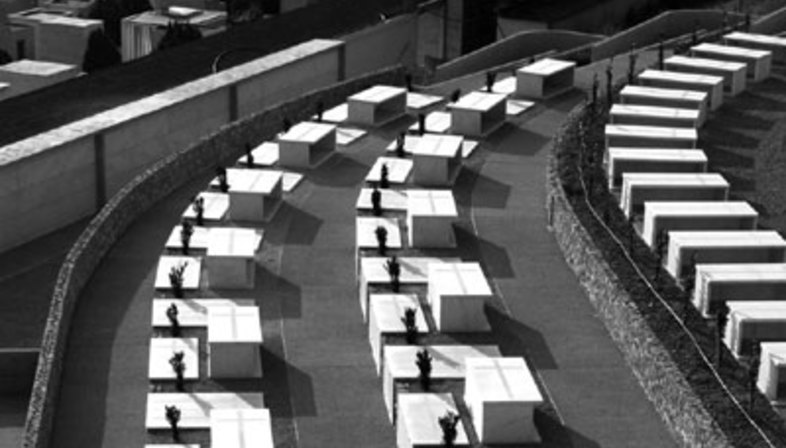 Amoretti Calvi’s Armea Cemetery is a silent, solid, metaphysical work. A place of prayer and remembrance, that enraptures the senses and takes them on a voyage in which aesthetics are a constant companion.
You don’t need to be religious to appreciate this scenario. The cemetery is not exclusively a city for the dead, but an earthly place livened up by the activities of people who come to remember their loved ones.
This is a cemetery that encourages the living to visit, to walk around and explore, quite apart from its principal purpose. And in this sense it is linked with the northern European tradition of the cemetery as a place to go to for relaxation and meditation, a park open to the public.

In this project geometry is the star of the show: a series of symbols on the ground curve gently to create an orderly sequence of tombs with pure lines, alternating white marble with local stone. They are arranged around the only element to tower above the cemetery complex, the ossuary tower.
To an observer looking down from above, the tombs seem to be arranged around the ossuary like soft curves following the shape of the ground.
Their layout echoes the traditional terraces of Liguria: the tombs become a part of the dry walls arranged to create steps, and reproduce the sinuous waves of the sea near the cemetery.
Amoretti Calvi’s work is thus intimately, profoundly, spiritually connected with the land and its morphology.

There are three types of burial space:
the cemetery proper, the ossuary tower and the cloister.
The cemetery is formed of terraces following the site's natural topography; their organic shape is created by the structure of the land.
The ossuary tower is formed of individual ossuaries arranged to form a single collective urn, sheltered by a concrete portal.
The ossuary and the common cinerary are enclosed in a cloister: a protected, intimate space.
As the greenery has grown over the years, the cemetery has been populated with colourful flowers brought by the living to the dead, adding life so that it continues to breathe and change.

In 2003 Armea Cemetery won the AR+D 2003 Emerging Architecture Award, a prize sponsored by Buro Happold and Wilkhahn.
The project is one of the most interesting expressions of contemporary design in Liguria, a land where, according to the architects, it is increasingly difficult to find enlightened clients who are willing to experiment. 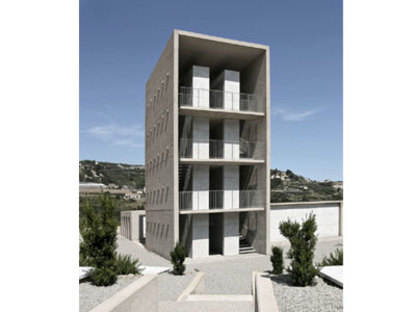 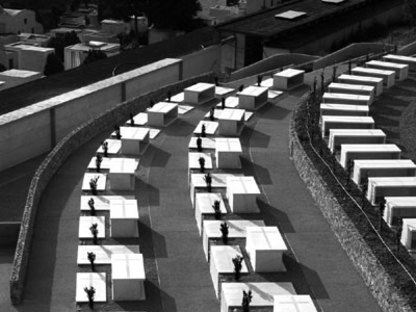 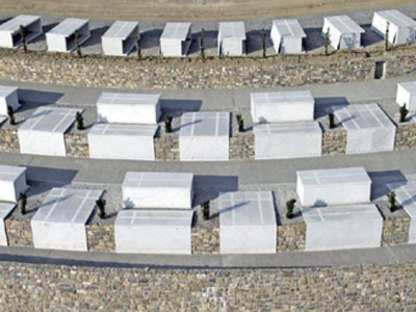 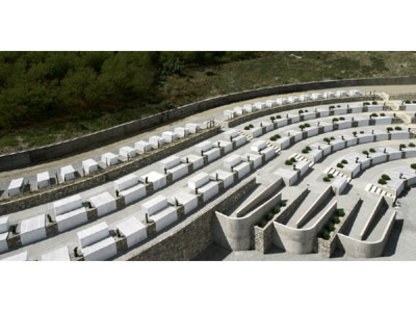 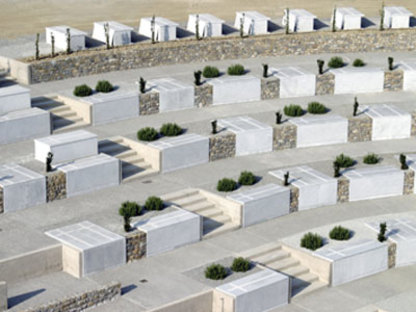 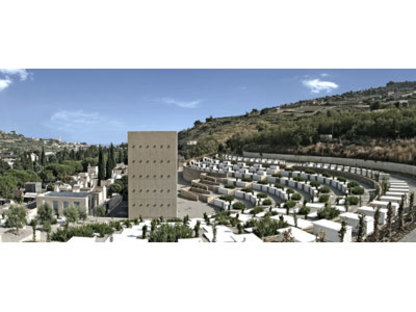 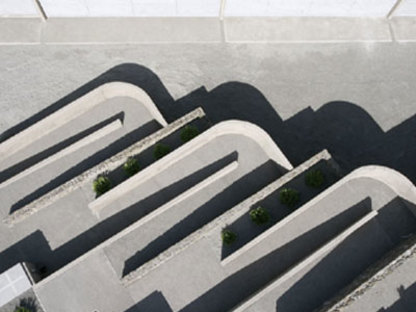