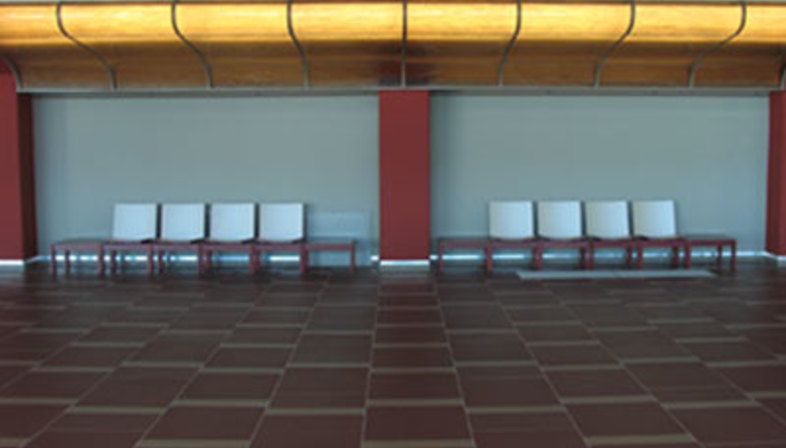 Hungary?s third largest multipurpose sports centre, Veszprém Aréna Sport-és Rendezvénycsarnok, is a multifunctional facility similar to the one in Celje, Slovenia.
The town of Veszprém is home to the world-renowned MKB Veszprém handball club, which until recently trained in a facility which did not meet the standards of international regulations.
The materials used in the project were chosen very carefully, especially in the interiors, where GranitiFiandre porcelain stoneware was used to pave common areas and VIP spaces. The materials used come from the New-Ground and Platinum collections, in a variety of different formats.
The Hungarian project was implemented by studio Pannonterv - Veszprém Kft, which had to make some changes to the original project by Slovenian architect Valter Ernst due to the differences in regulations in the two countries. These included changes to the plan to make it conform to Hungarian regulations and new designs for vertical reinforced concrete structures.
Preparations for the work began in the fall of 2006, but construction did not begin until May of the next year because of the time required to obtain permits for the executive project.
The main entrance on the southwest side affords direct access to the 650 square metre central space used to host a variety of events including exhibitions,
dances and conferences.
The surface area of this central area may be changed thanks to the presence of 7 mobile stands, which are moved by an electrical mechanism.
Depending on how the stands are positioned, the central space may reach a size of 1748 m2 (38x46m), enough for a handball court (20x40 metres) including safety zones. They may be shifted again to create up to two traverse courts.
The Veszprém Arena can host handball, basketball and volleyball games as well as boxing matches, with 4550 seats and standing room for another 300 spectators.
The curves of the two main stairwells contain lifts for both people and freight.
The central space leads directly to the coffee shop and public toilets. 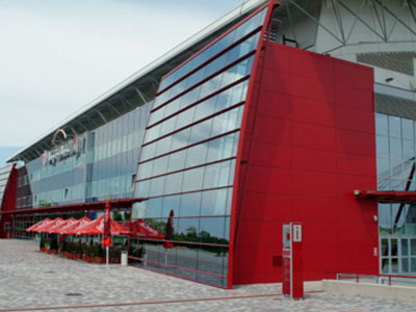 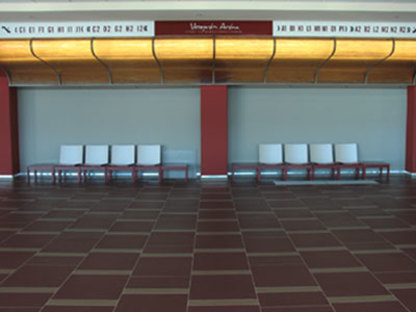 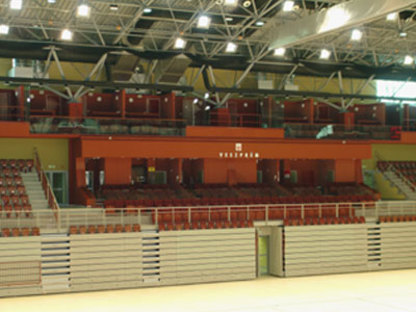 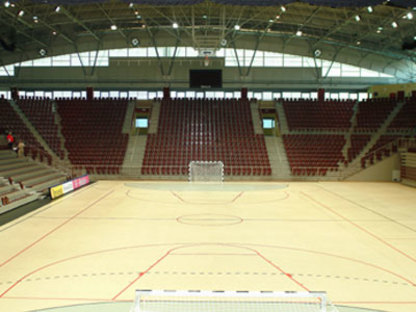 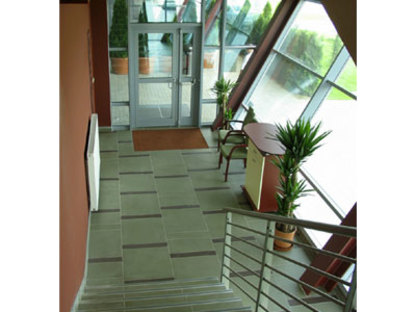