In architecture as in other fields, precision of expression produces not only quality but poetry. And poetry is an appropriate term for the work of Wilhelm Holzbauer. 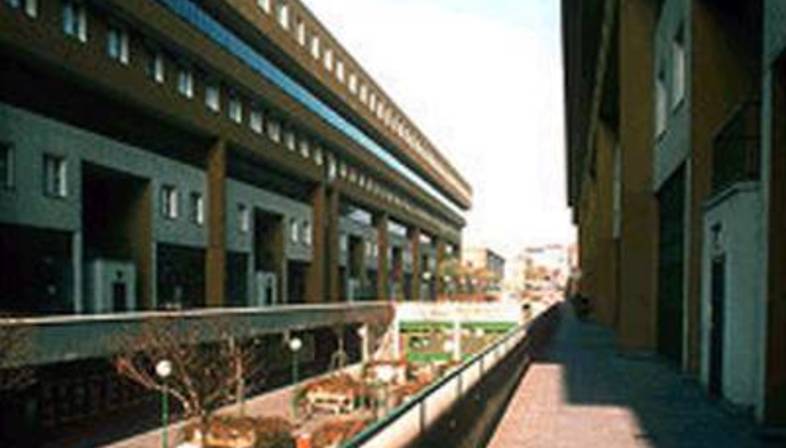 Models and photographs of Holzbauer's projects are on exhibit at the deconsecrated church of San Mattia in Bologna.
The exhibition, sponsored by the Chancellor and Federal Ministry of Foreign Affairs of the Republic of Austria, by the Order of Architects of the Province of Bologna and by the Town Planning Councillorship of the City of Bologna, features models of Holzbauer's 1960 "Helicopter House", his 1964 "Madrid Opera Theatre", and more recent works such as the "Techgate" in Vienna, built in 2001.
The exhibition includes backlit photographs and blow-ups as well as colour drawings , emphasising the projects that made Holzbauer famous all over the world and those of particular interest to Italian visitors.
Born in Salzburg in 1930, Holzbauer studied at the Vienna Academy of Figurative Arts under Professor Clemens Holzmeister, the top Austrian architect of the day.
He rose to fame in the '70s for designing and building forty-six of Vienna's fifty-two underground stations.

Here the architect demonstrated his masterful ability to combine traditional architecture with use of innovative elements, to the extent that the Vienna U-Bahn is still considered a model all over the world.

In a 21-year teaching career as head of the "Meisterklasse für Architektur", Holzbauer not only had a decisive influence on the conception and construction of his students' works but is considered the architect with the greatest impact on the transformation and modernisation of Austria.
Holzbauer's studio has given birth to a huge number of buildings in almost half a century, an achievement which is even more impressive in view of common practice in Austria.
Holzbauer's works are structurally complex, but always have an original, consistent style, appearing in service buildings, homes, and theatres alike. All with a single architectural line which is clearly legible and traceable to what we might call "Holzbauer's design": a design reflecting the ability to translate the client's needs into architecture on the basis of an intentionally and wisely pragmatic approach.
But Holzbauer does not represent an avant-garde movement: while he does not neglect technical innovation, he never abandons himself to experiments in choice of form and materials. His great architectural gestures never risk going out of style. His buildings may go down in history under the label "classical rationalism".
Holzbauer is aware of this when he says: "the quality of the materials I choose corresponds to a principle I would like to see implemented in all of my works: materials that 'age with dignity". 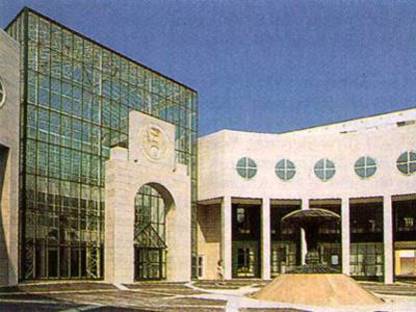 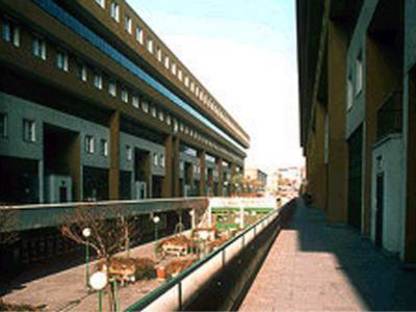 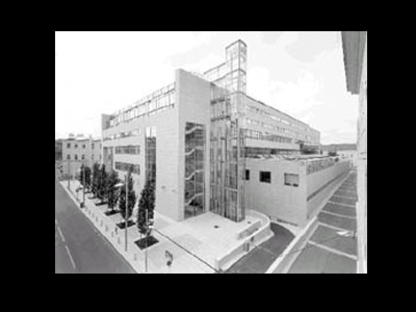 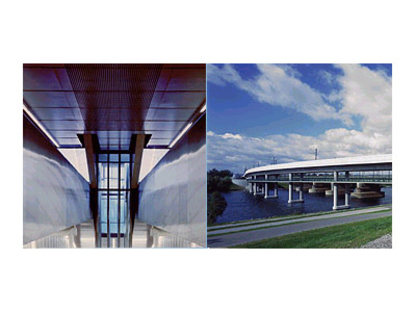 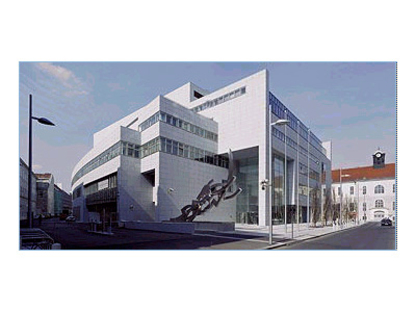