In summer 2018, the first plastic chapel in the world will be realised in Normandy by Cyril Lancelin’s Town and Concrete 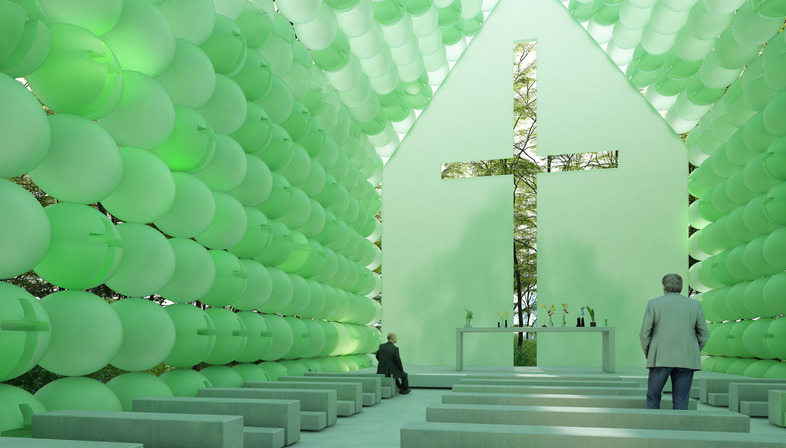 We would have never imagined a religious chapel made of the most artificial material in the world: plastic. It was designed by Cyril Lancelin, founder and heart of the French architectural studio Town and Concrete, and expert in ironic and innovating installations. His experience in the field of microarchitecture and prefabricated pavilions gave birth to the Green Chapel, named after the iconic green colour of the plastic chosen for it, that will be built in Normandy in summer 2018. The objective of the architect is to make it itinerant, as it will be very easy to install and, therefore, it will make for a perfect solution for places of pilgrimage and summer religious festivals alike. The project is composed of two simple walls covered by a sloping roof made of inflatable spheres alternated to polycarbonate spheres. These are provided with a cross-shaped hole allowing their assemblers to easily fasten the screws so as to join the spheres one another. Inflatable spheres, instead, are joined with a type of high-performance glue that is similar to the adhesives used to fix handles to inflatable boats. The two identical front and rear walls, instead, will be made of polycarbonate, but will have a light metallic internal structure. Since the loads are not excessive, the structure can be anchored primarily to a foundation plate with a depth of at least 0.60/0.80 meters, to be specifically prepared. However, the structure can be fastened with the same systems used for concert temporary stages and open-air stage settings.
The installation of each chapel will only require two or three assemblers, provided with a truck and a small crane, and will not take more than a few days. The prefabrication time, instead, amounts to approximately three months. 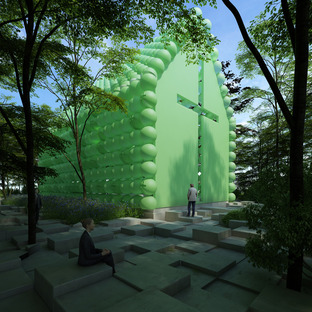 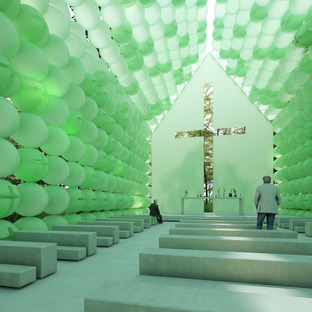 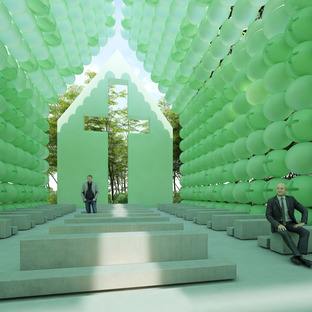 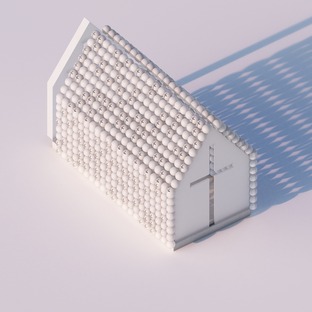 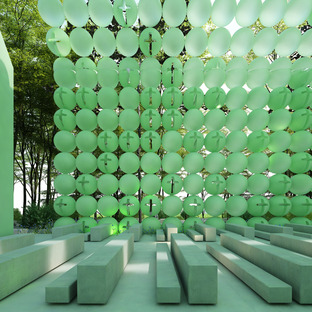 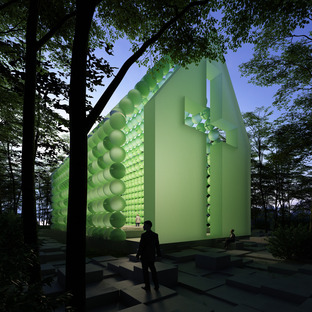