Seilern Architects renovated the façade and roof of the Ansdell offices, creating a new version of the gambrel roof based on a scheme borrowed from origami. The building in London required a renovation that would not be invasive in relation to its urban surroundings and would fit within the volume permitted by the building code. The architects covered the old building with brick and increased the size of the windows; but in addition to a new face and layout for the building, the client required new spaces to suit today’s new working methods. The architects decided to make use of the space under the roof, building a simple but by no means banal structure involving a new version of the gambrel roof. This type of roof has beams on the ridge along the slopes and tie rods completing the static system. Seilern transformed this type of roof by burying the parts which are statically in traction at the level of the floor slab in order to free the volume inside it of structural features. In this way, the alternation of triangular gables, for both the slopes and the skylights, reveals the simple idea underlying the concept, despite the complexity of its design and execution. The roof now appears to rest lightly on the building without being a part of it, a result obtained thanks to the decision not to allow the roof to jut out beyond the façade, generating a surprising effect for the people working in the building and those exploring the neighbourhood skyline, who perceive it as standing out as different from the buildings around it. 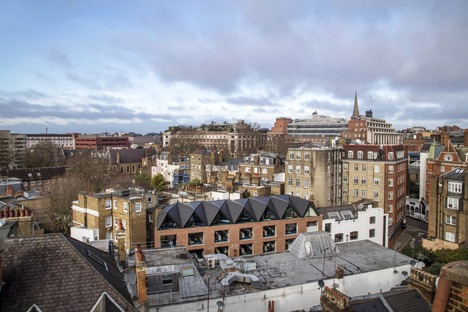 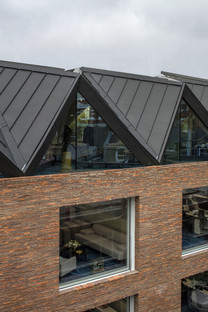 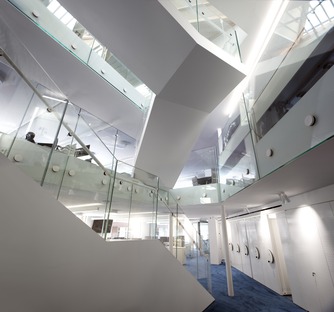 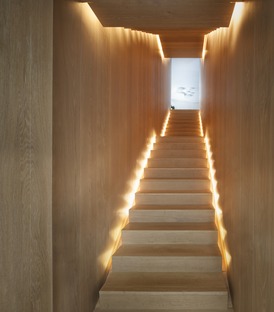 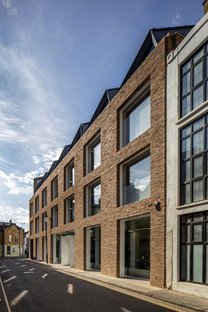 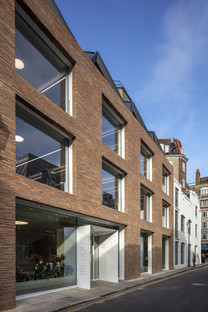 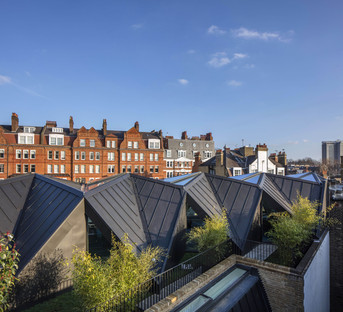 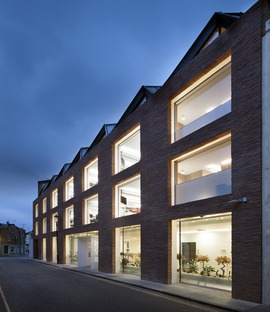 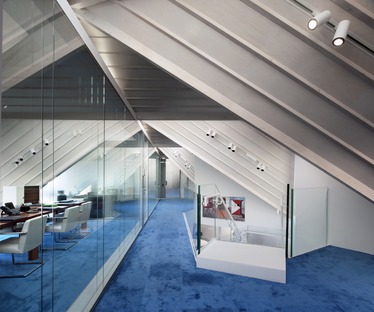