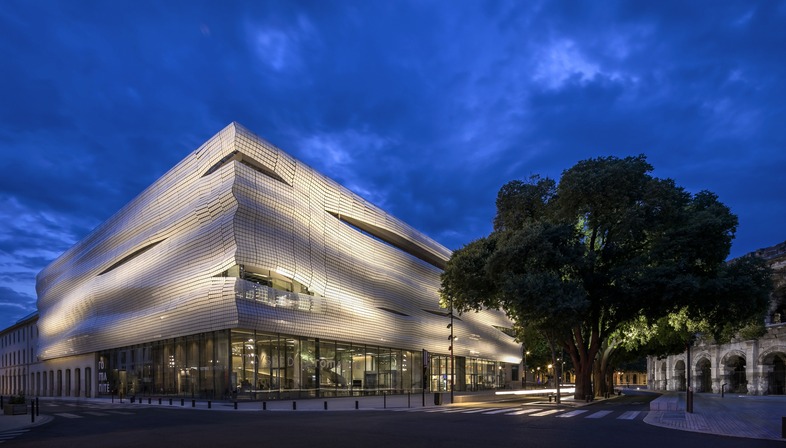 The Musée de la Romanité in Nimes designed by Elizabeth De Portzamparc is a completely new building with a façade made of about 7000 screen-printed glass plates.
The winning project Elizabeth De Portzamparc entered in the 2012 design competition has been built next to the Roman amphitheatre in Nimes: a simple building organised around an interior street that then breaks up into three levels, one of which is underground. The architect’s respect for the building’s surroundings and their ancient history have not prevented her from designing an ultra-modern building covered with drapery made up of about 7000 screen-printed glass plates, like a crystal flag flying in the wind. The occasional enigmatic cracks opening up in the building, like slits in a toga, offer few glimpses of its interior from outside, as the mirror finish of the façade that protects the museum and constitutes the building’s outer skin reflects the buildings around it, creating the impression they are replicated behind the curtain of glass, like a stage set. The views from this dramatic stage are spectacular, especially looking in the direction of the amphitheatre; it is like peeking from behind the curtain of a stage before the show begins, while the atmosphere in its interior is like the backstage, where the actors wait, ready to go on stage.
The façade is made up of metal profiles bolted together and hooked onto the flat façade, but specially shaped to give the project its wavy look. The glass segments of the façade are not screwed on but attached with structural adhesive. The sequin effect is created by marking the screen-printed glass with squares all the same size, so that it looks like each square is independent of the others, when in actual fact this is not the case. The dramatic effect is actually the result of effective use of a simple technology, something that is not always easy to achieve. 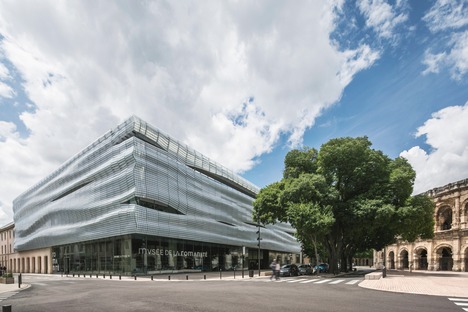 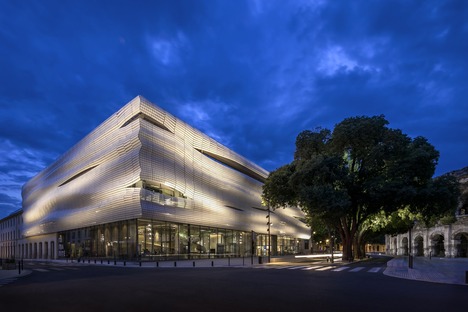 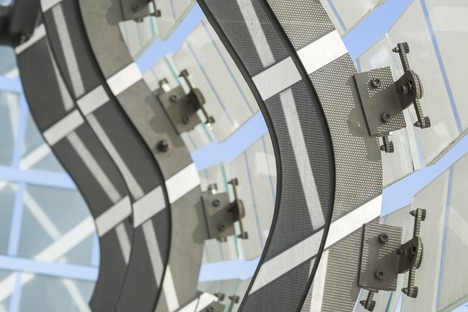 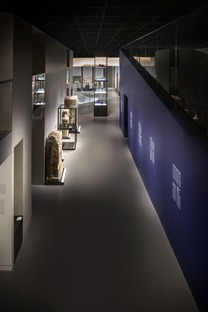 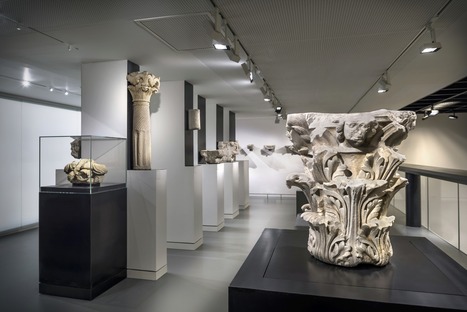 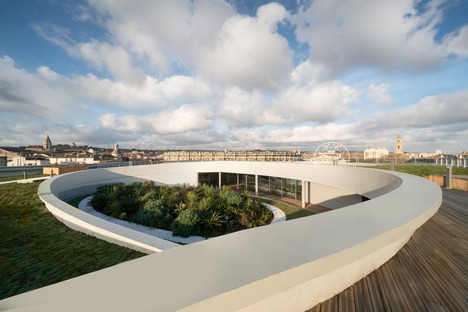 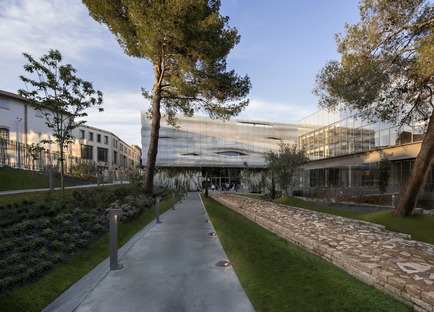 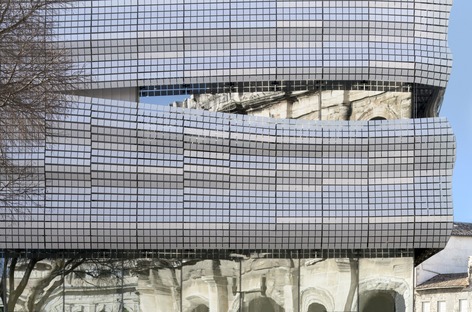 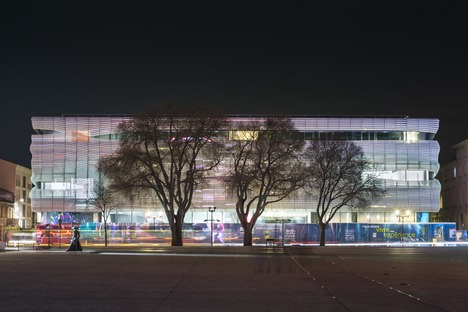 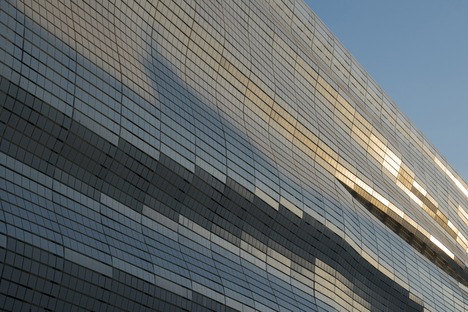 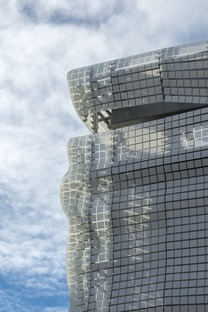 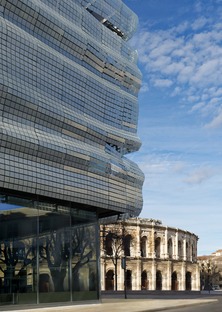 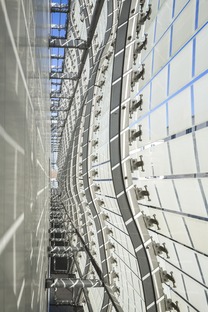