A museum made of cement at the foot of a rocky hill and running behind an ancient Renaissance monastery is coated entirely with cast aluminium panels, designed by two Spanish artists 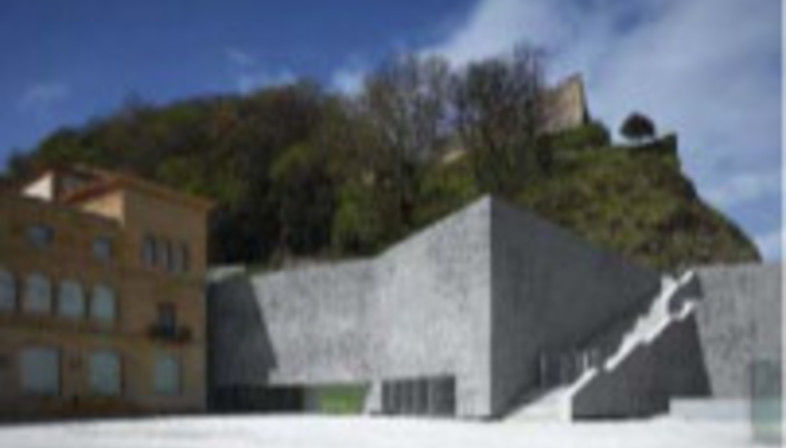 Other photos...
A museum located in San Sebastian, in Spain, runs alongside an ancient monastery, resting against the mountain with a cast aluminium façade designed by the artists Leopoldo Ferrán and Agustina Otero. For many years now the San Telmo Monastery in San Sebastian has been used as a museum for the city and has undergone many re-organisations and demolition works. In recent years, however, it needed further space to house all its works. The City Council therefore decided to entrust the project to the architectural firm Nieto Sobejano Arquitectos, who gave rise to a modern concrete and aluminium building.
The body of the building runs for several metres, opening near the façade with a small but significant entrance having the purpose of showing where to get in. Everything was achieved, however, letting the monastery remain the main character of the square. For this reason, the materials adopted for building it differ from those belonging to the historical presence, that is to say local stone, as the glass and aluminium covering the façade along the whole project create praiseworthy contrasts between the materials. The new façade, designed specifically by the artists Leopoldo Ferrán and Agustina Otero, is made up of regular cast aluminium sheets. These, thanks to their shape, regular but scattered with differently sized circular holes, let the light and the plants placed in vases at the bases of the walls to appropriate the new building in a controlled manner. This aspect of the design gives life to a camouflaging effect with the mountain rising up at the back of the square it faces onto. Then, since the fixtures to the load-bearing structure are well hidden, the volumes thought up by Nieto Sobejano Arquitectos do not lose their density but actually acquire a lightness that contrasts seductively with the context, thanks to the mosaic of holes characterising it. 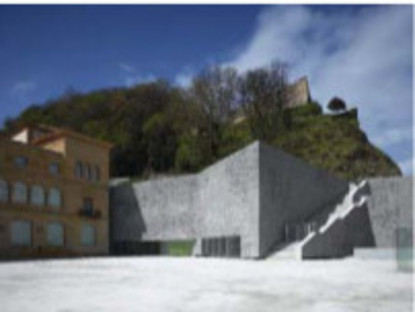 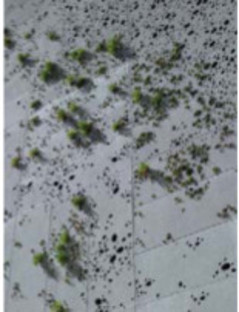 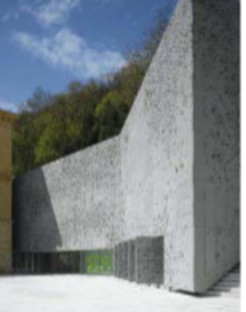 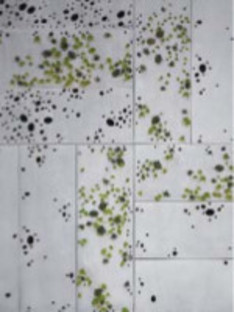 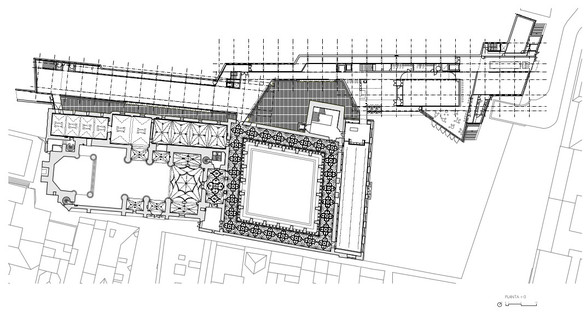 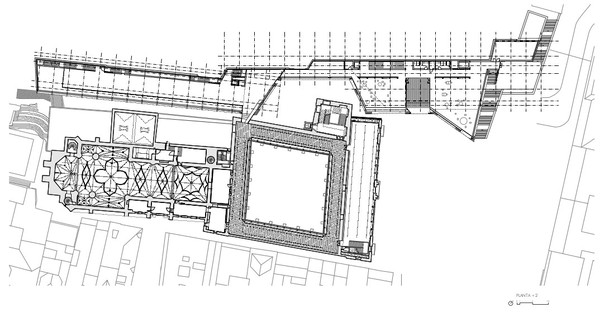