The Air China Tower is a simple building with a double skin of glass and micro-perforated aluminium, with a wing shape like the fuselage of a plane The glass and steel Air China Tower designed by AREP and IPPR has an unusual shape and a micro-perforated aluminium façade.
The Air China Tower in Beijing has an aerodynamic shape which makes it look long and flat or smooth and streamlined, depending on your point of view. This visual effect is due to its curved layout, rounded off on one side to make it look like the aerodynamic wing of a plane.
The building looks very unusual when seen from far away, because its 22 floors rising 110 metres into the air, with five underground levels, including a four-level parking garage, do not stand out very high against the city skyline, and look surprisingly impenetrable from the outside. Yet the view from inside the building is by no means limited; far from it, the square micro-perforated aluminium panelling, which is varied to include a number of carefully studied types inspired by the windows of an airplane, make for an exciting visual experience for the people who work in the building. Some of the panels have little round holes only a few millimetres in diameter over their entire extent, while others have rounded-off rectangular openings and others yet have big windows like those on planes. Their position on the façade is the result of bioclimatic and aerodynamic study, as the apparently random milling is the result of study of the window load on the façade. The panels are arranged to distribute wind over the building’s surface in a way that will limit oscillation to within a structurally acceptable range.
Moreover, the panel is inspired not only by plane windows but by the concentric squares in which China’s capital city has been built, making technology more attentive to the cultural features of the place, expressed in a manner appropriate for the client’s expectations.
Last but not least, the screening on the façade is graduated to underline its volume, so that it appears both innovative and classic at the same time. 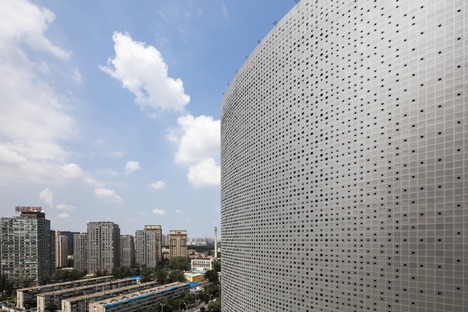 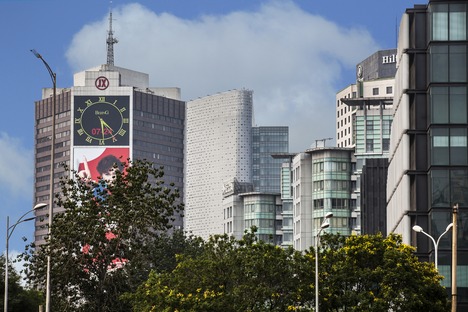 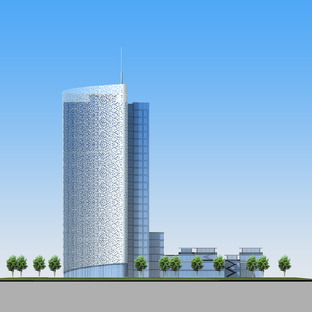 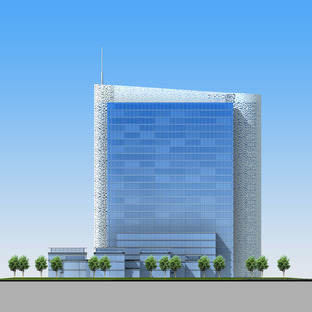 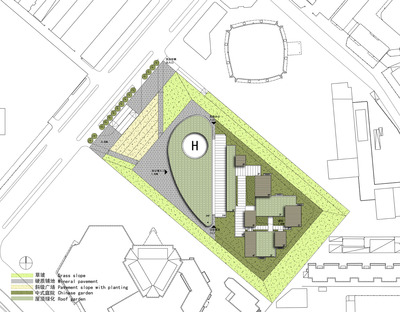 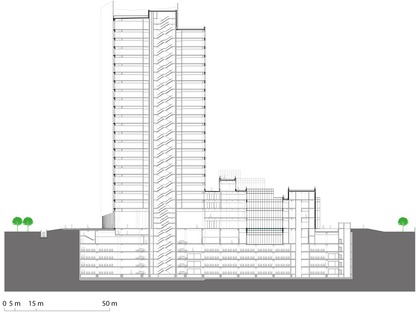 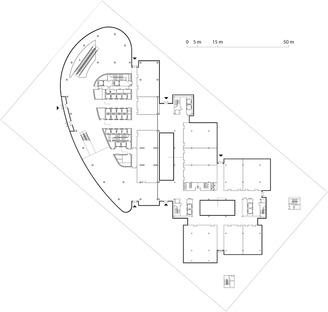 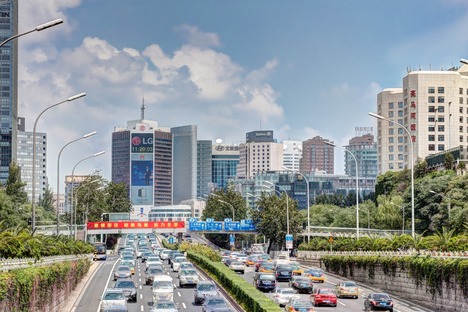 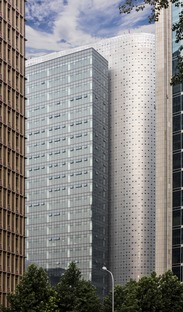 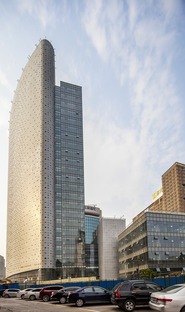 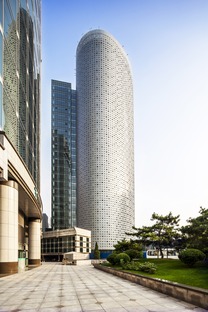 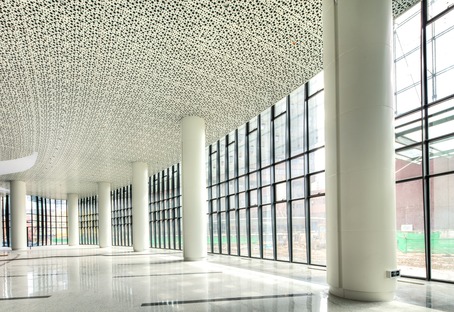 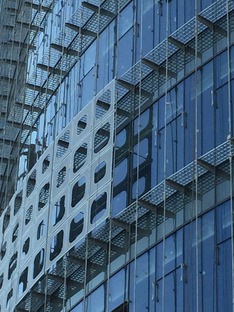 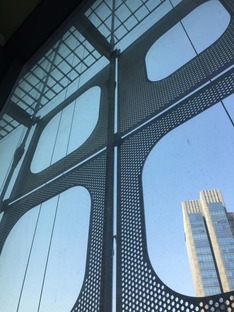 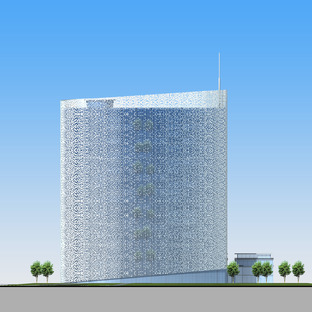