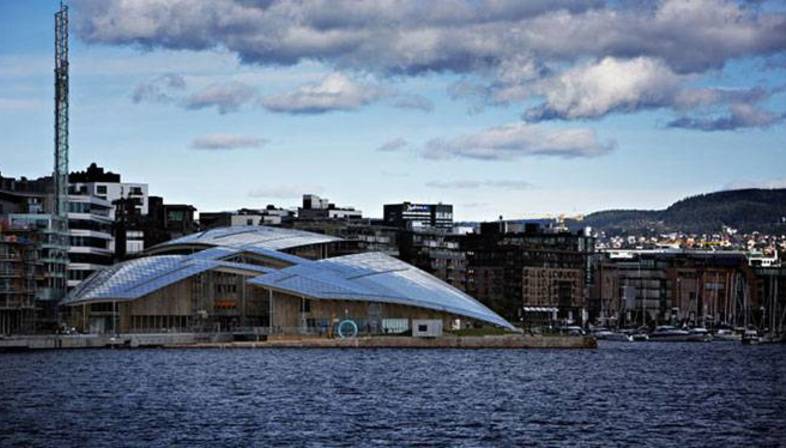 Europe’s tallest building, Renzo Piano’s 310 metre The Shard London Bridge is a tree-shaped glass pyramid. It is above all a great example of sustainable architecture. The double skin on the passive facade is made of glass with a low iron content, and the windows on the wall permit natural ventilation of the winter gardens in the building. 95% of the materials used to build Renzo Piano’s vertical building are recycled, as is 20% of the steel, and emissions are cut in half by 740 square metres of solar panels. The building is located in Southwark, an outlying industrial zone which has become the city’s new hot spot. Sights worth seeing in the area include Herzog & De Meuron’s Tate Modern, Richard Rogers’ Neo Bankside, Foster’s More London and the Riverside Walkway to Joseph Conran’s Design Museum. A panoramic platform at the top of the skyscraper is due to open on February 1. 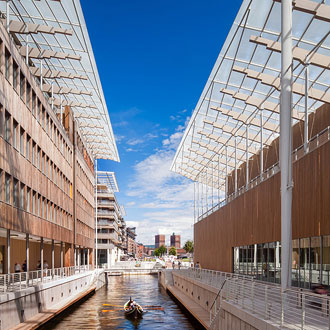 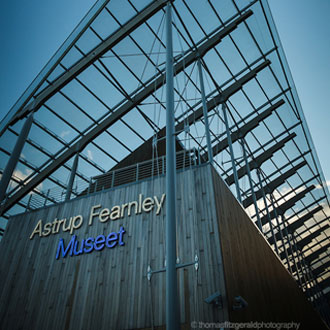 Nature and architectural design in Oslo’s new museum. Standing by the fjord, divided into two parts separated by the water, Piano’s plan transforms the port, which was previously closed, into a public area linking the fjord with the city centre. Direct contact with the sea and nature reinforces the visitor’s discovery of the museum. The wooden structure of the Astrup Fearnley Museum with its double curved glass roof is the project’s hallmark. Steel columns reinforced by a system of cables look like the mast on the ships in the port, and the wooden cladding, silvery in colour thanks to exposure to the weather, makes the shape of the glass roof more dynamic while at the same time ensuring that the museum is a comfortable place to be. The new museum consists of three buildings: the biggest space will house the permanent collection, including works by artists such as Andy Warhol, Damien Hirst, Jeff Koons, Charles Ray, Richard Prince, Matthew Barney, Bruce Nauman, Robert Gober and Cindy Sherman, while the smaller space will be used for temporary exhibitions. 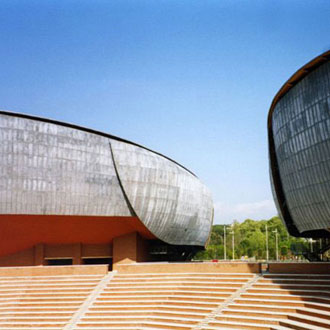 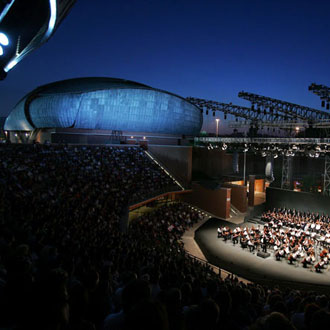 Renzo Piano’s Auditorium in Rome is a true Home of Music. The multipurpose complex with its three “music boxes” is strategically located in a decentralised position which may be accessed by large crowds thanks to the infrastructures that serve it. The materials used in the Parco della Musica in Rome are typical of the local tradition: travertine in the tiers, the foyer and the entrances; red brick made by hand on all the vertical surfaces and pre-rusted lead for the shells of the three rooms. There are big practice rooms and recording studios, and the three “soundboxes,” immersed in a big park are arranged around an open-air auditorium, an amphitheatre for up to three thousand spectators. Auditorium Tv is the official Parco della Musica YouTube channel, launched just over a year ago, showing exclusive archive films, interviews with artists and backstage coverage of events. 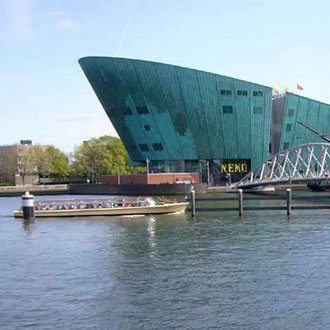 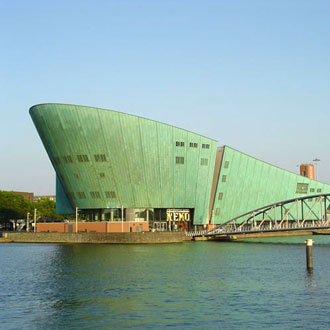 Renzo Piano drew his inspiration from the prow of a ship rising out of the sea in NEMO, the Museum of Science and Technology of the city of Amsterdam, where educational and instructional initiatives are organised amidst interactive installations on technology and industry. In Piano’s outstanding specimen of contemporary architecture, a huge oxidised copper container hosts experiments about everything around us, presented in an entertaining way that stimulates the curiosity, especially for younger visitors. The project is identified by its pedestrian ramp to the roof of the building, which visitors can walk on, stepped to serve as both a meeting place where visitors can enjoy the view and place for locals to get together, and its cladding made of copper plates crimped together. The name Nemo (New Metropolis) pays homage to the first film about architecture ever made, Fritz Lang’s 1927 Metropolis. 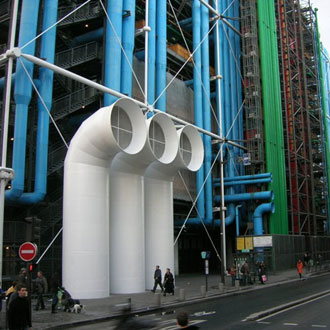 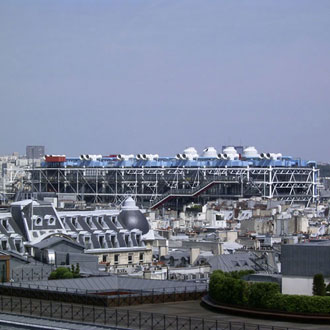 Centre Georges Pompidou was opened back in 1977, when it marked a turning point in the way architects design museums. The impact of the Centre Pompidou on the public has resulted in a “Beaubourg effect”, and in view of the 25 thousand visitors who go to the complex every day, a facelift was performed about 20 years after its construction, with spatial reorganisation of the interior layout by Renzo Piano.  Renzo Piano himself noted that “what’s unusual about the Centre is that it continues to evolve, even if this means we have to work on it every 25 years.” In the light of this, the new project eliminated all the offices, freeing up about 70 thousand square metres of space, redesigning the Forum and reorganising the spaces occupied by the library. It is a great example of how well-designed architecture can adapt to any new situation that may arise: no to formalism, yes to ever-new technological imagery. 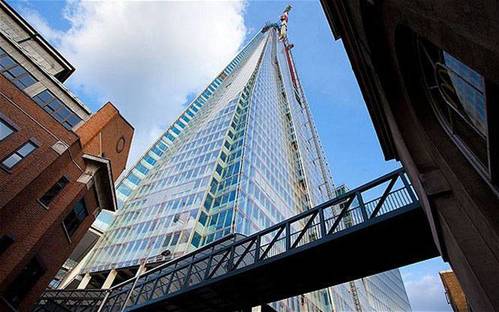 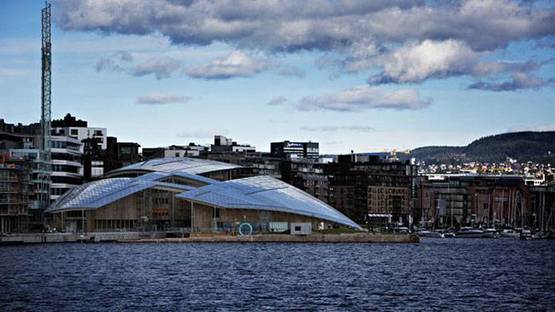 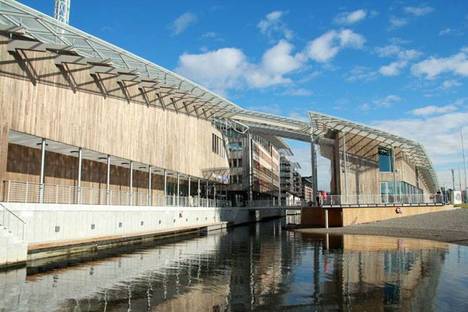 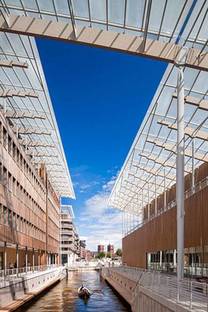 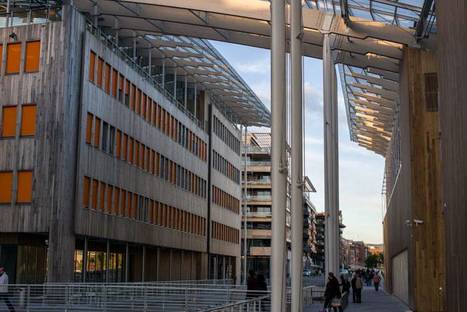 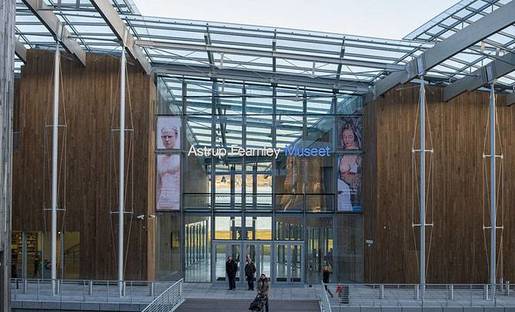 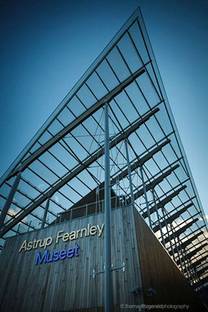 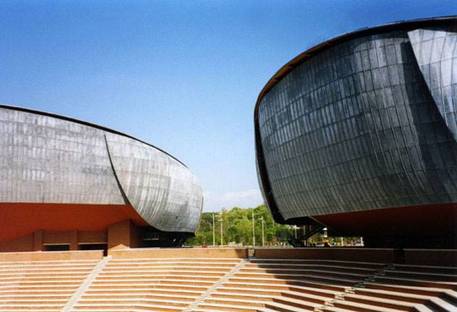 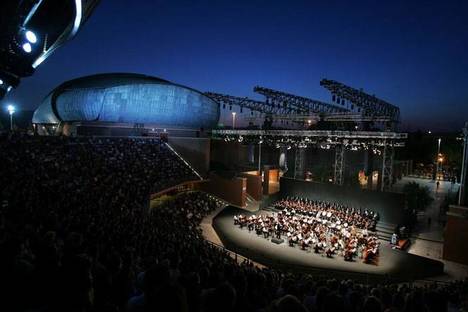 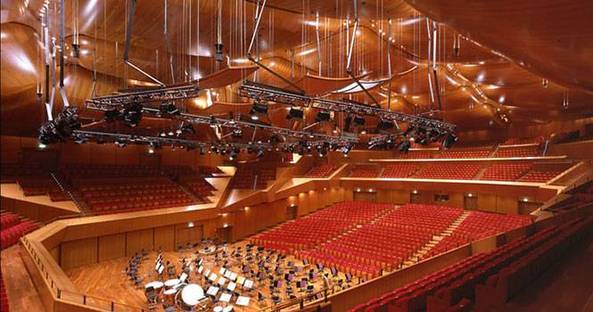 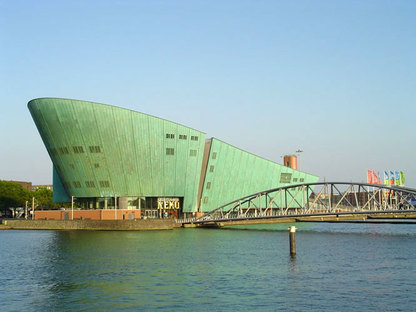 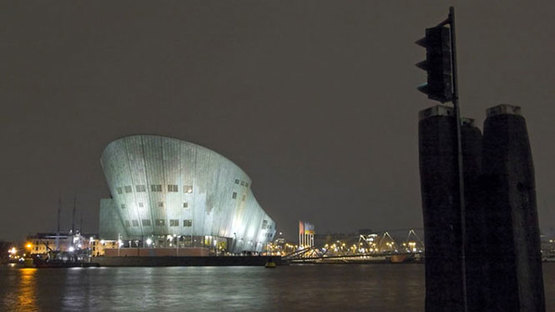 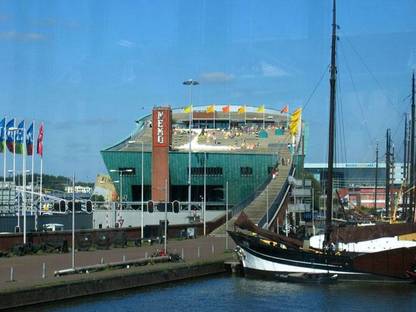 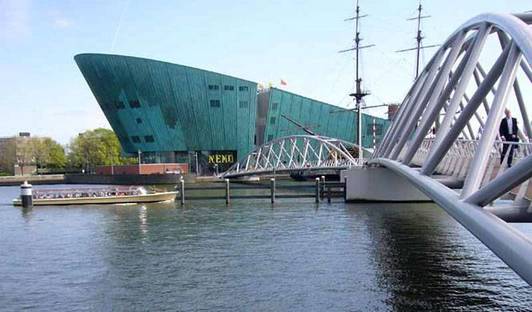 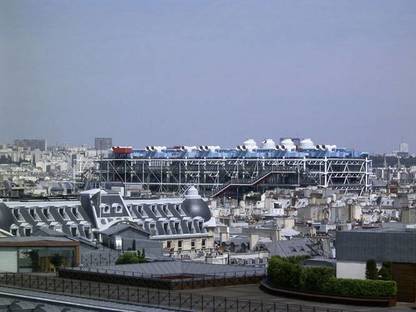 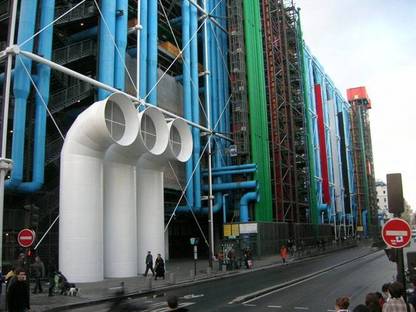 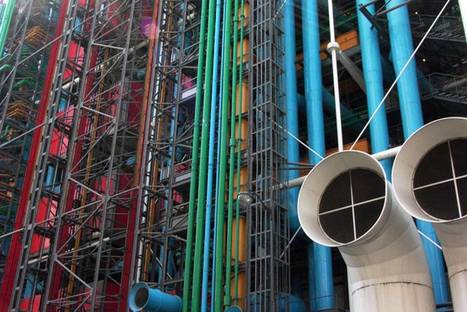