Aquilialberg Architects recreated the image of a prominent high fashion luxury leather brand, redesigning both the company’s new atelier in a historic building near Milan’s Castello Sforzesco and its production facility in the province of Pisa. 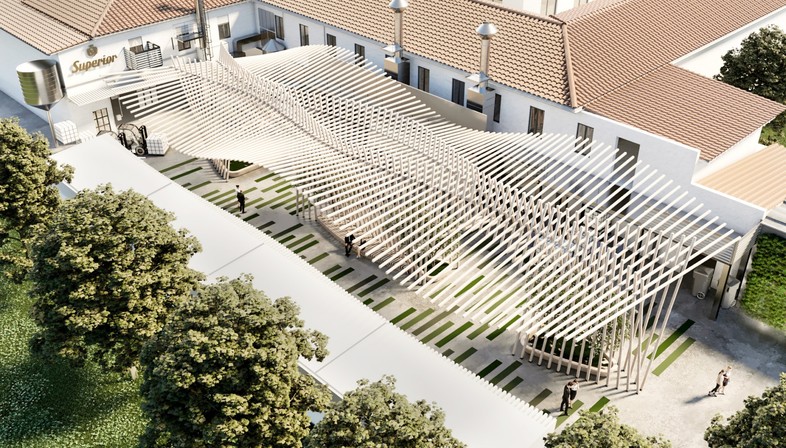 Conceria Superior’s new image designed by Aquilialberg Architects is apparent both in the production facility in Santa Croce sull'Arno (PI) and the Milanese atelier of this prominent manufacturer of luxury leather for high fashion. The concept behind the project is inspired by the company’s very essence: leatherwork.
The inspiration behind the design is the structure of leather itself: a three-dimensional weave of fibres, and the image suggested by a set of overhead chain belts from which hides are slung at various stages in the tanning process. The forms suggested by these elements respond to the client’s demand for creation of an evocative image that would make the company’s new environmental policies and decisions immediately clear to users and to the public. The architects summed up everything in a significant architectural element which may be expressed as necessary. 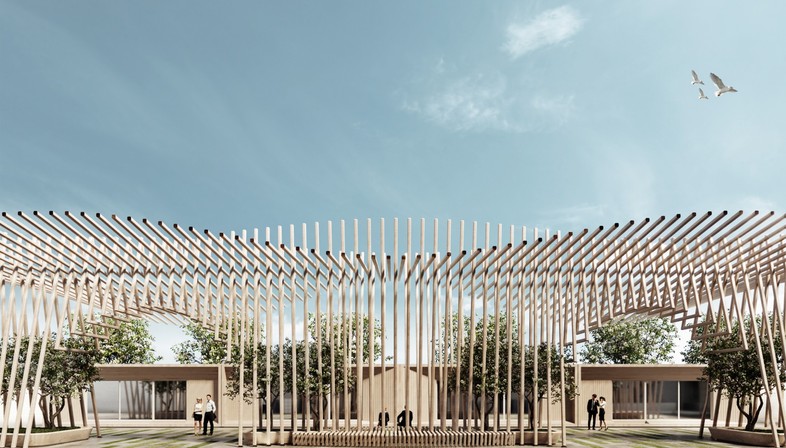 In the design of the production facility in Santa Croce sull'Arno (PI), the element identified by the architects becomes an organic timber structure or installation in an open space measuring more than a thousand square metres which has no specific identity, used merely as a storage, loading and unloading area. The architects have given this undefined area new form and meaning, starting out by studying the context and memory of the site, proposing a contemporary new interpretation of the gardens of Tuscan villas in their project.
The interwoven overhead structure creates an alternating rhythm of solids and hollows, lights and shadows generating motion. This scenic backdrop embraces chairs, flowerbeds and climbing plants to create places in which people can meet, stop and relax. Its fluidity makes it an important landmark for the company, representing its architectural image. This project is the first in a vast programme including renovation of the façades of the production facility and an overall functional reorganisation of indoor and outdoor space. 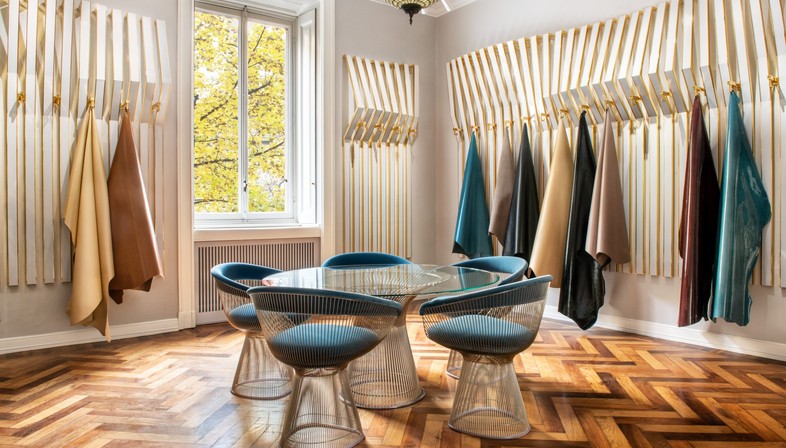 Conceria Superior’s new atelier in Milan is located in a historic building only a few minutes’ walk from Castello Sforzesco. The concept the architects developed in this project takes the form of an interior structure or installation made of 100% recycled aluminium. At the entrance to the atelier, a sculptural wall introduces a theme that is recurrent in the interior: fluid motion architecturally reinterpreting leather. The structure or installation designed by the architects contributes its fragmented rhythm and fluid motion to a number of spaces in the atelier, creating a non-stop effect of light and shadow, combined in the company’s message. 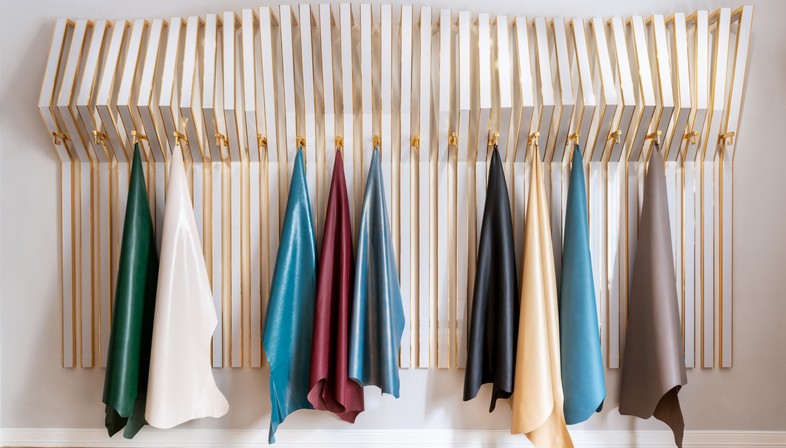 Aquilialberg Architects was founded in 2006 by architects Laura Aquili and Ergian Alberg after working with prominent international studios in Amsterdam, Rotterdam, Rome, London and Beijing (including Zaha Hadid, OMA, UNStudio, ONL and Fuksas). These experiences have resulted in an approach to design which the architects themselves describe as visionary and innovative, combining high-tech solutions with a background in architecture, graphics, art and design. The studio’s projects range from design to architecture, from graphic design to exhibition and event installations, from set design to interior design, shops and showrooms, where they have demonstrated an ability to translate brand philosophy into a contemporary architectural idiom. 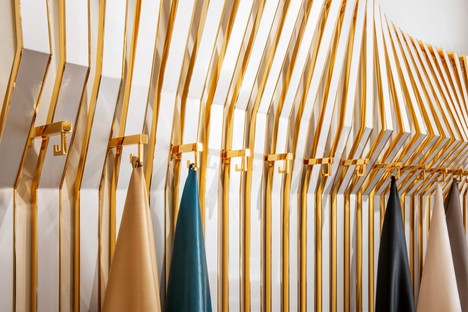 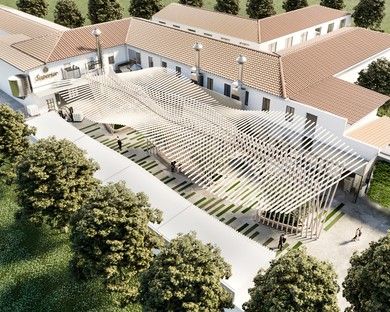 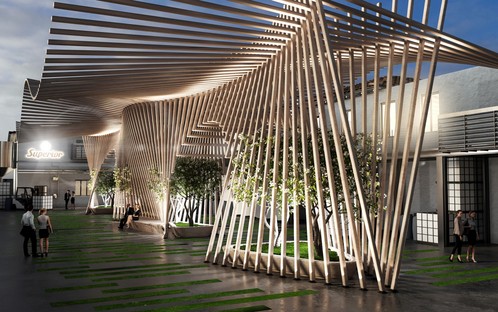 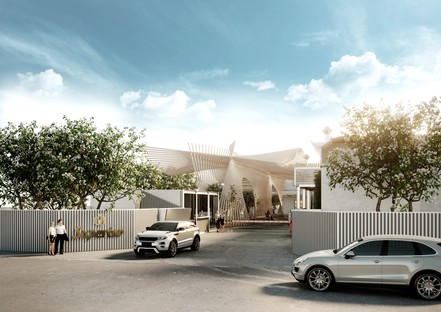 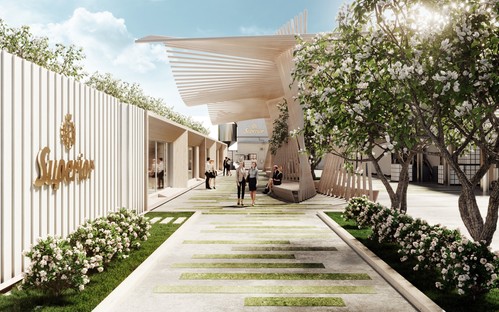 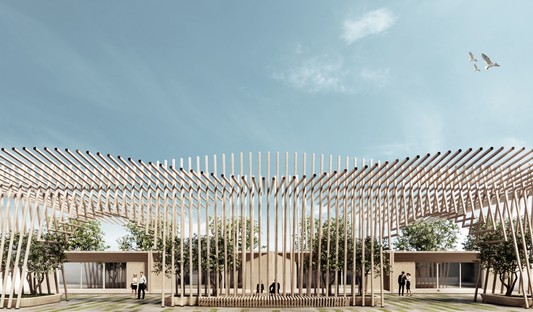 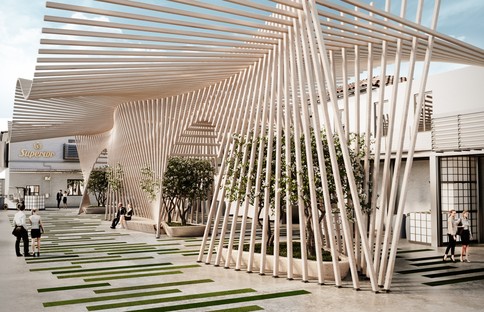 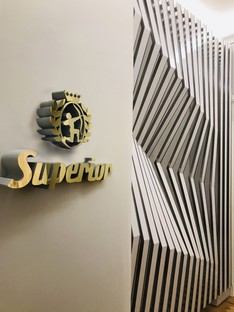 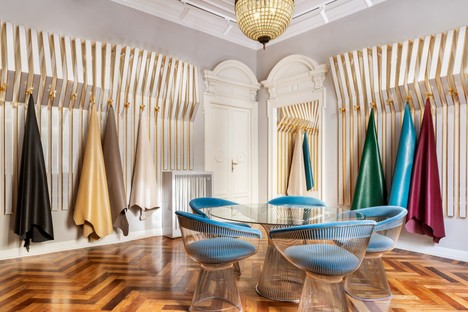 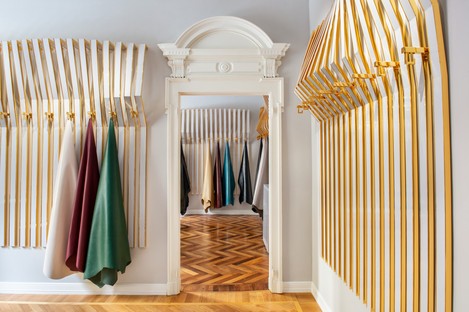 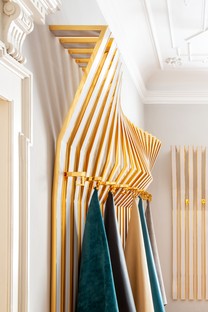 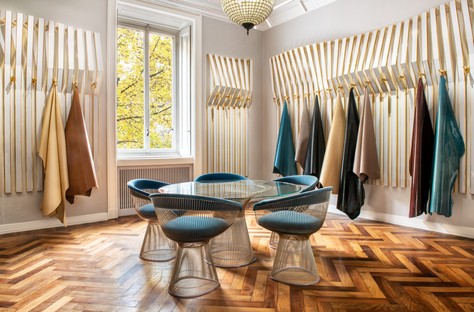 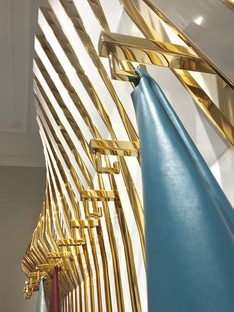 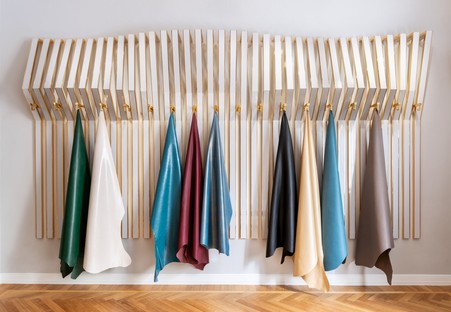