With a surface area of 91 square metres and a volume of 1400 cubic metres, Sergei Tchoban¿s Berlin Aquadom is one of the world¿s most unusual aquariums, built only a few minutes¿ walk from Alexander Platz, the pulsating heart of the German capital. 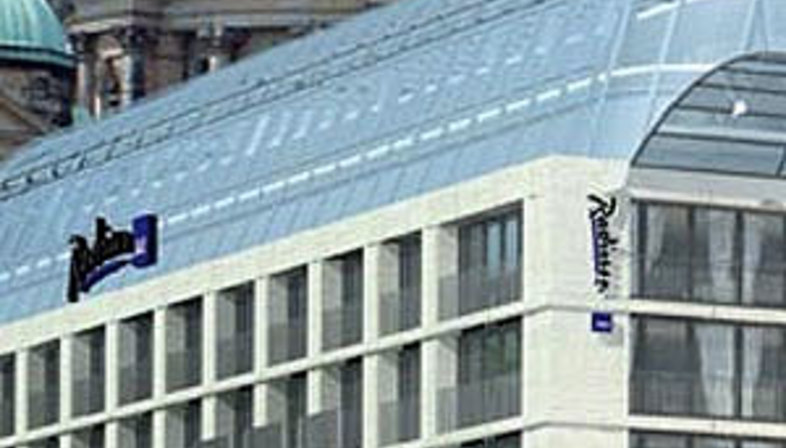 The AquaDom is a huge cylindrical structure rising to a height of 14 metres, 11.5 metres in diameter.
This is the true heart of the aquarium, though it is in turn enclosed in a clear "wrapper", with which it rises to a total height of 25 metres.
This spectacular construction of synthetic glass has a clear elevator permitting observation of the colourful variety of fish populating the aquarium, such as yellow labrids or rhinoceros fish, as well as coral formations and numerous plant species.

Work on construction of the futuristic attraction began in January 2001 and was completed in December 2003.
The AquaDom is now a great attraction for both curious Berliners and crowds of tourists, not only because it offers the visitor the unusual experience of being submerged in the ocean, but because of the spectacular form of the huge glass cylinder. A two-level elevator containing a spiral staircase travels up and down the entire cylinder, offering views of the spectacle of marine life. After the 5 minute trip to the top, visitors can stop on a panoramic platform at the top of the structure.
The aquarium is contained inside the Radisson Hotel, which is in turn contained in the Dom Aquaree, a district containing a variety of installations and facilities concerned with underwater life. 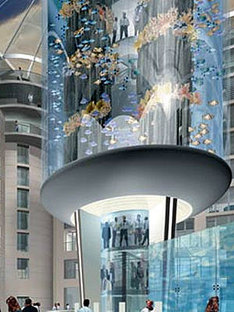 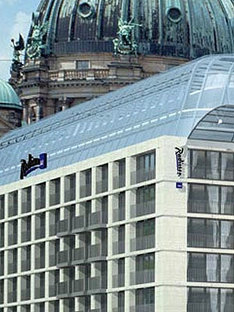 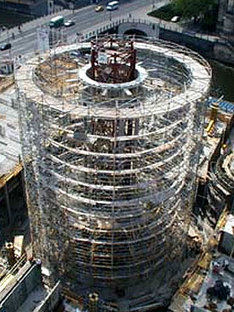 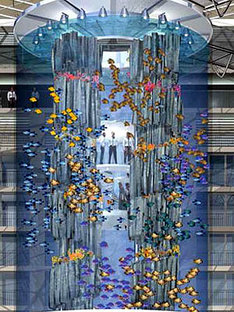 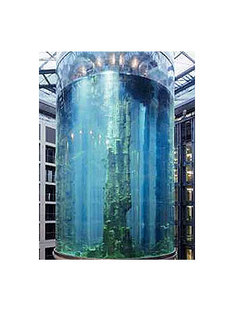