Kis Péter analysed the construction site and its layout and built an apartment building in Budapest which fits into its site and completes it, fitting harmoniously into its context and standing out from it with its formal and decorative choices, which draw on the historic stylemes of social housing. 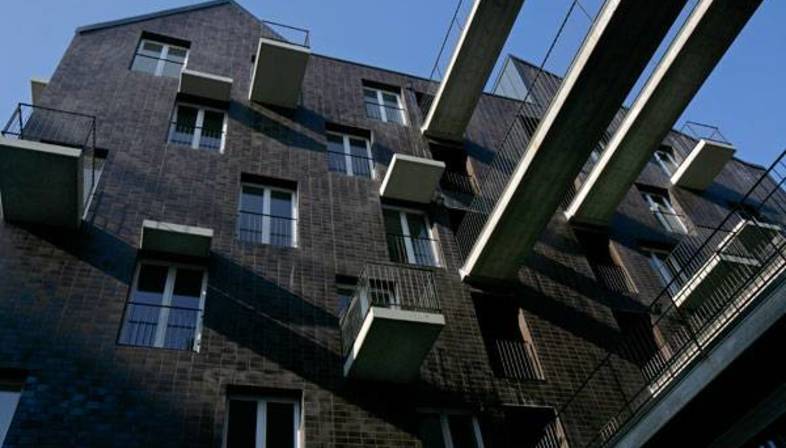 Hungarian architect Kis Peter offers a significant example of how architecture can adapt to external conditions such as the city around it, the resource economy, the composition of the lot on which it stands and the surrounding buildings, and still produce admirable results despite all these limitations.
At the end of 2007 Budapest approved a social housing project which fits discretely into an area around the historic town centre, helping to qualify the Prater utca (street). Architect Kis Peter had to work with a portion of a lot obtained from the empty spaces left behind by the existing buildings, which were irregular and fragmented in shape. Rather than building a separate construction, he preferred to study the layout of the existing buildings so that his would fit into them and extend and complete them. The complex to the east has been further extended, while the one to the north, which formed an upside-down U, has been completed to transform it into a condominium complex with a courtyard. The element joining the courtyard apartments with the side portion is a private garden which leads the eye from Prater utca towards the view of the park at the back, with tall trees rising from the border walls and offering unexpected views to people on the main road. Opening up this view in the architectural block, the project offers breath and light to the residences.
The desire to join things is emphasised by prominent jutting balconies, sheltering roofs of different widths and walkways extending from one facade to the other to join the apartments on multiple levels: coloured white like the window and door frames, they stand out from the facades, covered with dark ceramic tiles all the way to the top. This compositional choice is transformed into decoration, repeated as a motif on the outermost facades, facing towards Prater utca.
The architect’s choice, a monochromatic ceramic finish, not only isolates and protects the outer walls but unites this fragmented complex and makes it stand out clearly from the others around it, demonstrating that there is no such thing as poor materials, only poor ways of using them.
Prater utca is interesting not only as an example of successful inclusion of a new example of social housing in the context of the city but also because it traces the citation of the “Ina-Casa” apartment building characterised by a regular rhythm of narrow windows and balconies in line made of reinforced concrete with iron railings on facades plastered or covered with tiles. A homage to the history of social housing, brought up to date by the alternation of the rhythm of the windows and balconies on the facade and the metal roof without eaves, the facades of which come together to form geometric volumes. 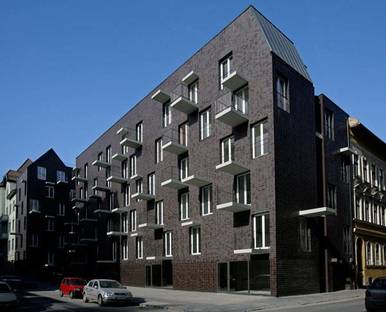 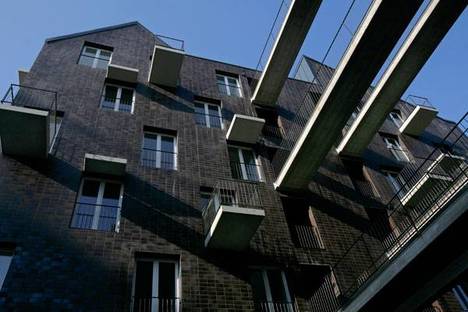 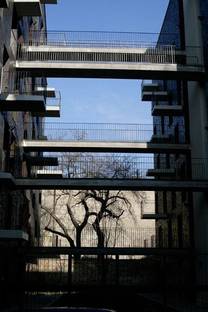 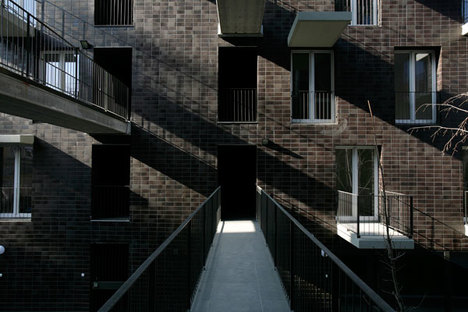 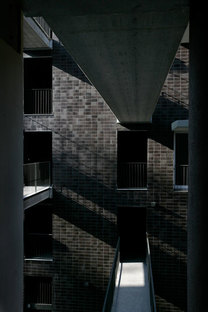 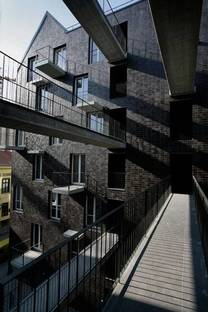 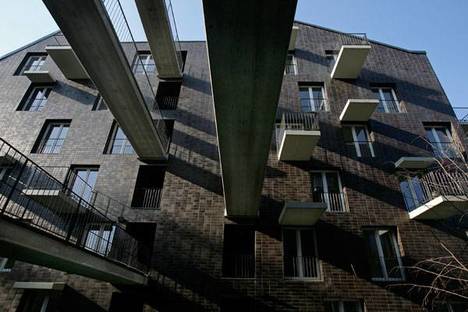 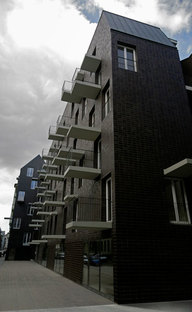 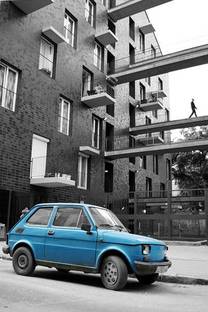 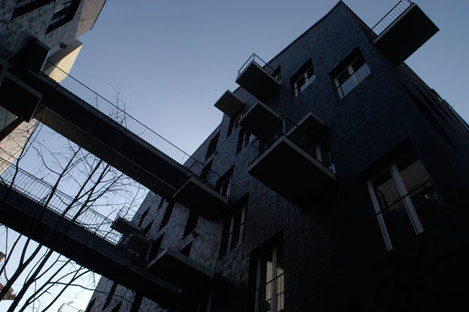 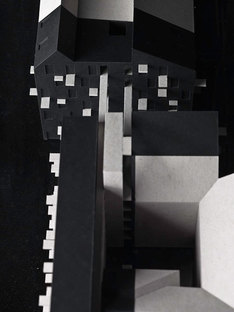 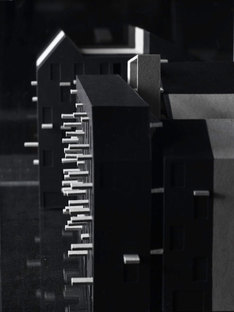 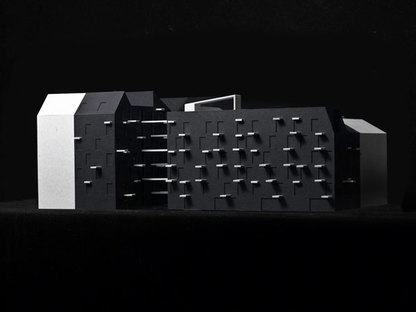 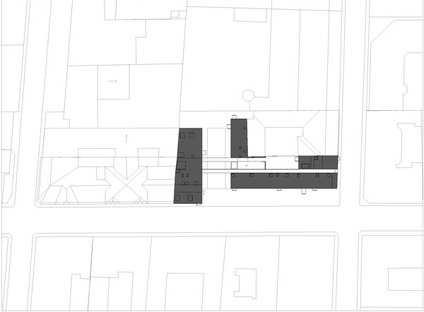 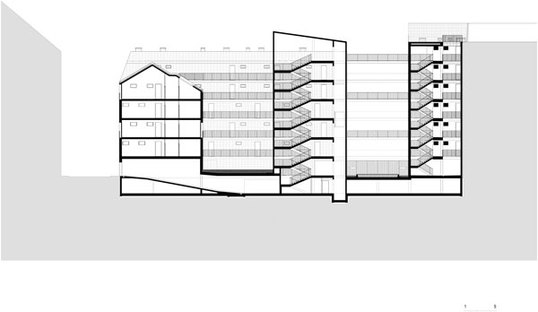