Anttinen Oiva Architects of Finland has completed Helsinki University Main Library (Kaisa House), the biggest university library in Finland. Anttinen Oiva completes the city block extending along Kaisaniemenkatu with a brick building that relates to and updates the existing constructions. 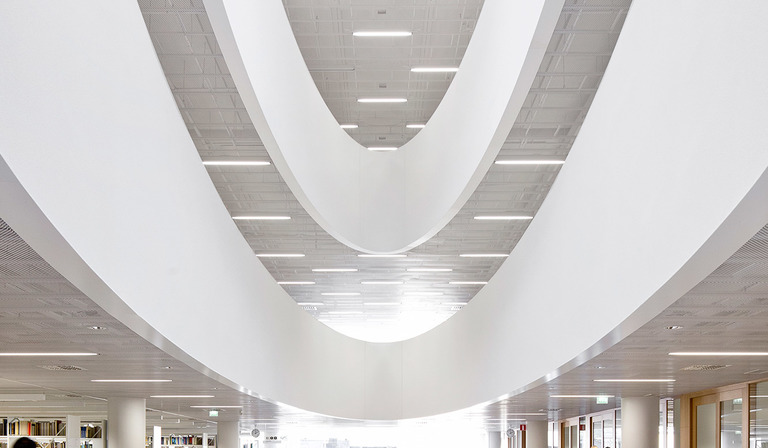 A key presence in contemporary Finnish architecture, Anttinen Oiva Architects completed construction of Finland’s biggest university library, Helsinki University Main Library, also known as Kaisa House. In the heart of Helsinki on Kaisaniemenkatu, the road forming a long curve arching across the city’s checkerboard of streets, Anttinen Oiva’s Kaisa House fits into a city block made up of bare brick buildings, picking up on the same vocabulary in a contemporary style. The project required demolition of an old supermarket, a concrete building which demonstrated little respect for the historic cityscape around it, while maintaining and reinforcing its existing underground levels.

At the entrance to Kaisaniemen metro station, at the point where the tram tracks curve to the west, is the new façade of Helsinki University Main Library, the design of which forms a connection and at the same time a separation on the historic urban façade with its regular geometry. The L-shaped lot is on a slope, with its westward side at the point where Vuorikatu meets Kaisaniemenkatu, in a pedestrian area, and its eastward side facing Fabianinkatu, a secondary street, opening up a direct link between the two roads.
Both sides of Kaisa House have a dense, regular mesh of windows which no longer mark the levels of the floors, but represent the building as a single volume. This is supported by the break in the grid formed by irregular arched windows, one very large one on the eastern side and three on the western side, which “hollow out” portions of the building to literally open up the view of its interior from the city and the street. The main entrance is on the eastern side, two levels above the access to the shops on the opposite side. Inside is a long corridor running the full length of the block.

Visitors are offered a view of formidable depth and height: three elliptical hollows open up in the floors, rising up to the roof and multiplying the light coming in from above, while the interiors offer a new perspective from below and from above, linking all the floors and creating a single brightly lit, pulsating space. 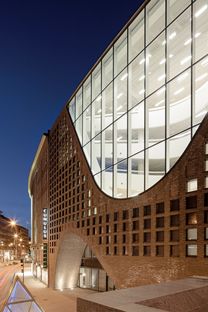 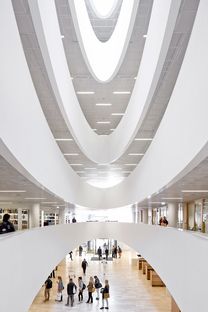 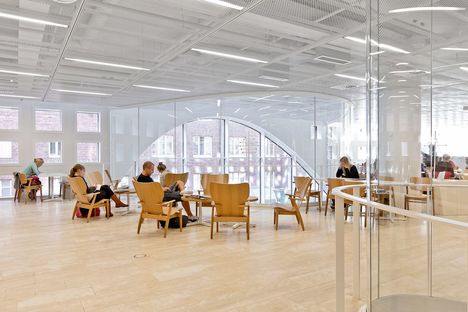 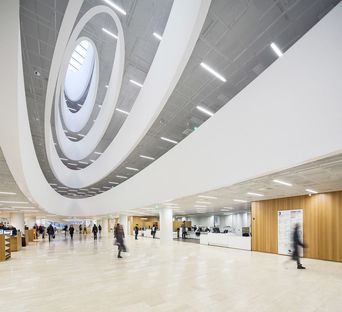 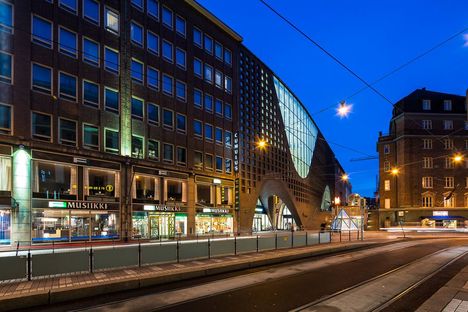 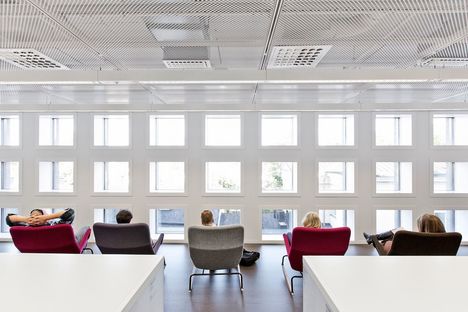 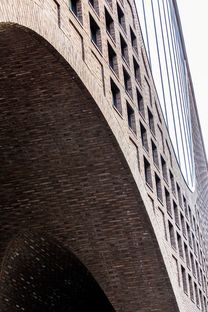 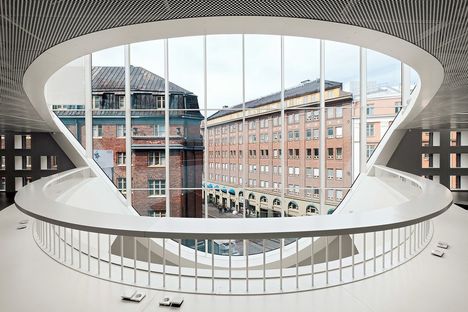 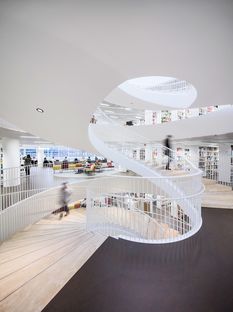 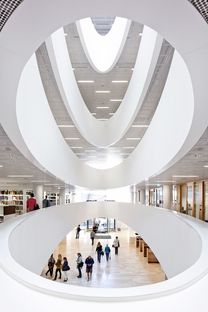 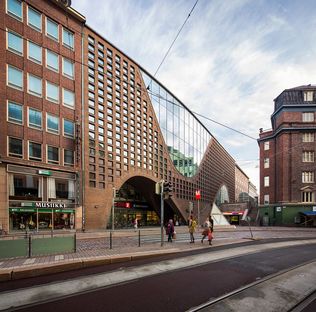 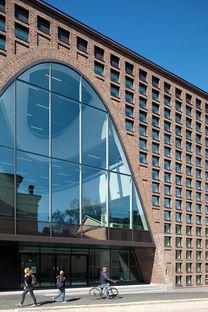 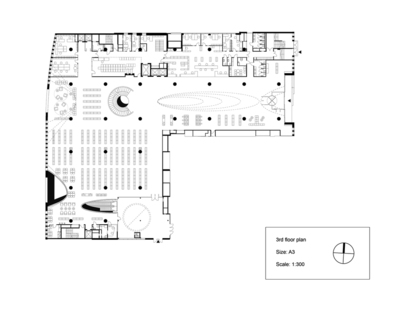 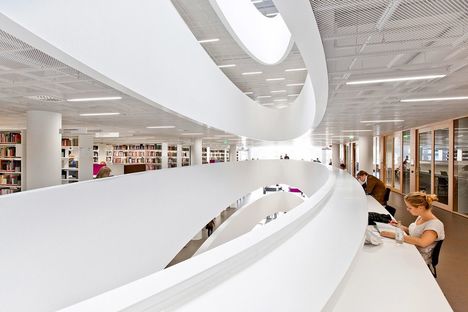 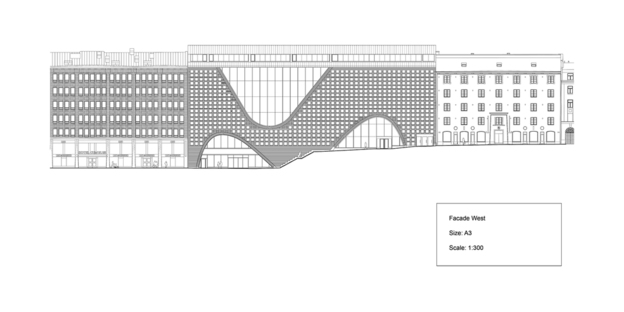 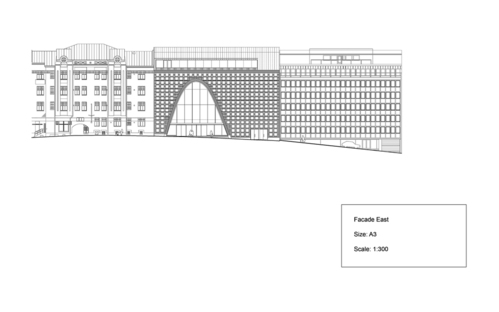 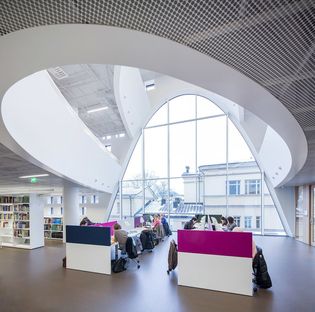 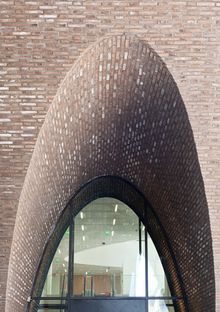 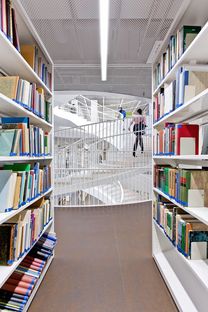