Standing at the centre of the campus inside the famous Eastern Illinois University is the "Doudna Fine Arts Center", a glass construction spanning Hayes Street and forming the heart of all cultural events held in the University, such as exhibitions, conferences, concerts, theatre performances and so forth 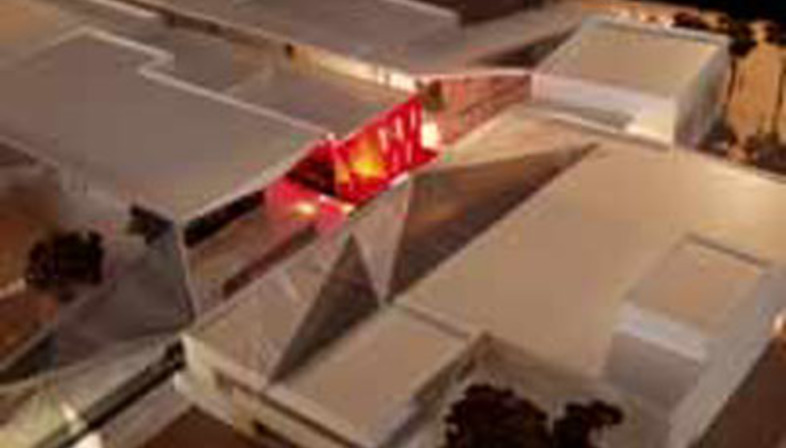 This centre was built in 1958 and has become a meeting point for an interactive public, composed not only of students, but of anyone else who is particularly sensitive to the most widely differing art forms.
In 2000, in association with the Cannon Design Studio, the architect Antoine Predock planned the rebuilding of some parts of this architectural complex to favour organic growth of the university city. The work began in 2002 and is expected to be completed around 2005.

The new buildings will be located to the east of the original one, in a huge space created by the demolition of the glass wing housing the arts department.
Various facilities are planned, each one of which will be faced with specific types of glass: for example, translucent glass will be used for the "Proscenium Theatre", red glass for the student classrooms and lastly black glass for the artistic studio.
The plans also include computer laboratories and studios for graphic design, painting, sculpture and ceramics, a rehearsal room for the orchestra and a conference hall seating 150.

The extension of the Fine Arts Center has required closing off part of Seventh Street, which will be incorporated into the nucleus that is part of the university, and will serve as a transit area for pedestrians and service vehicles.
Amongst other things, the medical-health services building, housing the Department of Biological and Chemical Sciences is to be demolished, and it is planned that a building housing the Departments of Geology, Geography and Physics will take its place.

Internal pedestrian areas will permit students to cross the university city without any difficulty, using bridges and pedestrian passages, thus making their participation in the various artistic activities organised by the departments more active; these departments will be organised in three rather large areas, which can be accessed from glass-covered tunnels.
Other structural changes concern the total rebuilding of the Dvorak Concert Hall, enlargement of the current theatre, to which seating for an additional 225 people will be added and the building of the new "Proscenium Theatre", equipped with an original facing in copper.

To reduce vehicle traffic within the university, which often creates problems for pedestrians, numerous parking lots have been planned and will be accessible both from Garfield Street, and from Ninth Street. Nevertheless, the distinguishing feature of the Doudna Fine Arts Center is precisely the coloured mirror-effect glass used for the facades of the new buildings, which give observers the impression that they are inside a transparent crystal prism emitting light from each angle.

The idea of this project was to create a stimulating and open environment, where a constant exchange of ideas can take place and where individual free expression of the public is made possible: creativity is combined with functionality, to meet with the needs of future students, who will be able to benefit from avant-garde teaching facilities without having to go without comfortable study environments; it was indeed starting from these assumptions that the project was developed with great enthusiasm and energy. 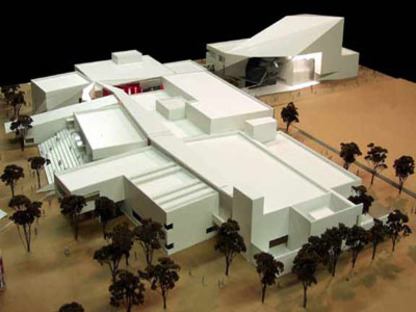 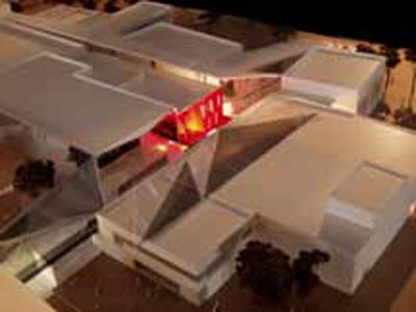 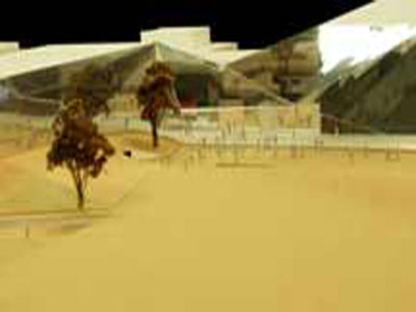 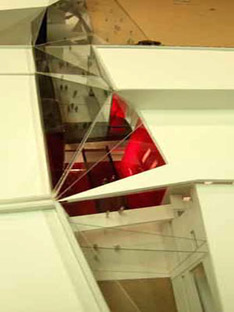 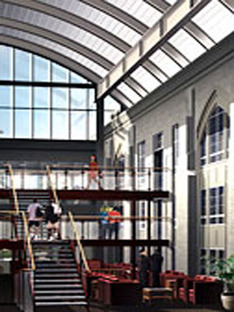