Unlike many of his Chilean colleagues, concerned chiefly with residential buildings, Alejandro Aravena's curriculum vitae lists numerous school buildings, including Huelquen Montessori Boarding School and the new Faculty of Medicine of the Catholic University of Chile, currently under construction. 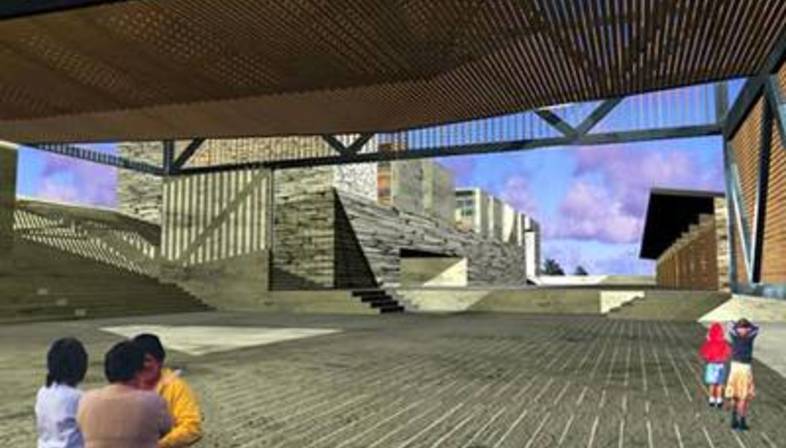 Aravena's plans for the Easter Island High School and extension of the Faculty of Mathematics of the Pontificate Catholic University of Chile competitions, both dated 1999, assume particular relevance in this context.

Sharing an attentive, skilful use of materials, the two projects testify to the architect's preference for plastic, sculptural architecture in which volumes are decisively imposed on the surrounding landscape: an operation which takes it closer to the contemporary approach, void of mediation, of Smjlian Radic's Casa Tecmar than to the elegant abstraction of Klotz, with his clearly legible cultured references to Rationalism and to the context of the surrounding landscape.

In the Faculty of Mathematics, connection of the existing buildings was made difficult by differences in level and alignment of the two buildings, whose architecture, while formally very simple, is based on repetition of a prefabricated unit creating a continuous portico along the northern façade.

Aravena's intuition lies in interposition of a volume with a strong spatial impact, the rectangular shape of which, protruding from the existing buildings, houses the staff offices on one side and the new entrance to the building on the other: thus an interesting doubling effect is achieved in which the regular office module, which reinterprets the existing building with different materials and openings, provides a visual introduction to the plastic, irregular block which houses the entrance and serves as a link with the campus behind it.

For in it an acute angle seems to "break up" the regularity of the box of walls, creating an isosceles triangle on the upper floor, the tip of which neatly divides the northern façade in half, while skilfully tilting one wall in the southern façade.

This effective design expedient creates an intriguing distinction between the two façades, which is also due to climatic reasons: as the northern side of the building is exposed to the sun, the deep shadows created by the porticos are matched by the deep splayed "mass" of the entrance area, elegantly set off in an almost "cubist" succession of planes.

The reinforced concrete slabbing is folded into a sort of rigid "S" which, in a reverse symmetry, becomes both roof and terrace, portico and balustrade, exaltation of light - emphasised by the large pane of glass behind it - and template of shadow.

On the southern façade, which is not hit by sunlight and therefore appears most closed and compact, the predominance of cement and the plastic mass of the northern façade are replaced by copper and treated surfaces, with added visual interest created by the simultaneous presence of a basic module which is continually contradicted by the apparently random positioning of windows.

Similarly, the southern entrance area takes the form of a reinforced concrete portal which is symmetrically divided in two, in which the half housing the actual entrance, set well back, is marked by a rhythmic alteration of windows and window frames, while the part housing the office space continues the copper covering of the offices. 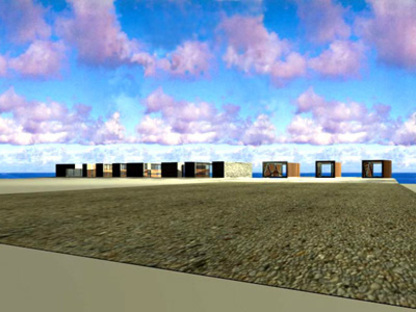 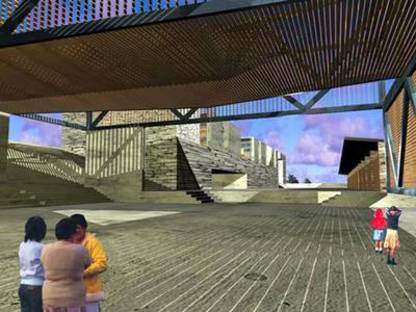 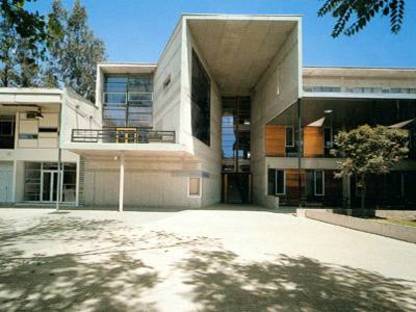 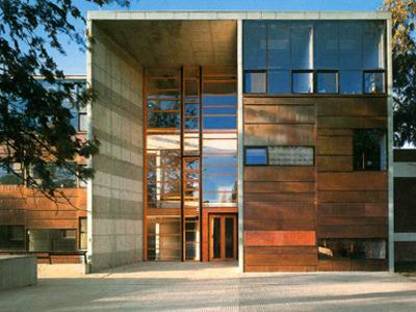 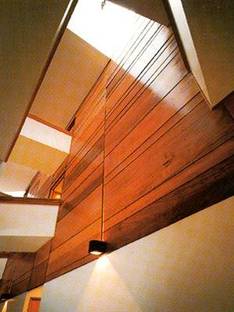