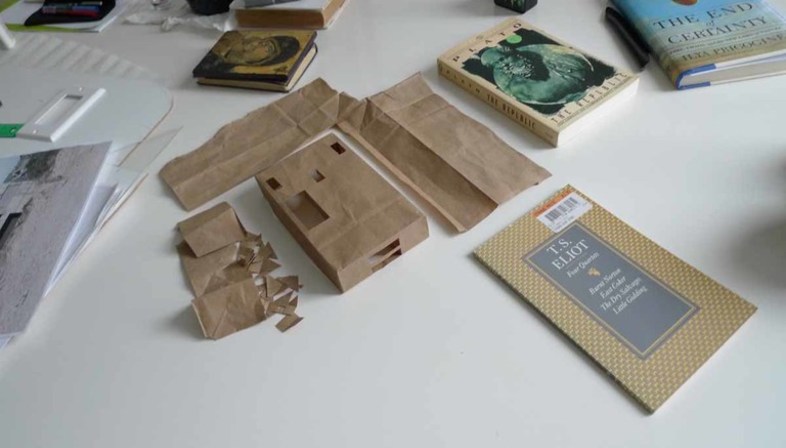 The House of the Infinite might be viewed as a manifesto of Alberto Campo Baeza’s architecture. The Spanish architect, who had worked in Cádiz before, on his famous “Between Cathedrals” project on the Atlantic Ocean, now builds a house in which we can identify the three key elements of his architectural system: idea, space and light.

In his recent volume “The Built Idea”, Alberto Campo Baeza says he wants to create “an architecture that has the IDEA as its origin, LIGHT as its raw material, and ESSENTIAL SPACE as the will to make THE MOST out of THE LEAST”. On the basis of these principles we may understand the meaning of the choices determining the construction of his House of the Infinite in Cádiz.

The house is a powerful hermetic volume 20 metres wide and 36 metres deep, including 12 metres dug into the rock, topped by a horizontal plane, a platform extending out towards the ocean. The idea was inspired by the ancient wharfs of Cádiz, an important point of departure for ships setting off towards the new world in the sixteenth century. The house recalls these departures, leaving everything behind it - the landscape, the city, the other houses - on the other side of a portal leading to roof level, a rock surface which places nothing between itself and the sea: a long strip of travertine (paying homage to the nearby Roman archaeological site of Baelo Claudia, a fishing village founded in the second century B.C.) stripped of all other elements before the ocean, interrupted only by the impression of the swimming pool and a central staircase down to the apartments. This is the meaning of the “infinite plane”, the invention (or idea, as Campo Baeza prefers to call it) transforming the function of the home into the higher function of viewpoint, ennobled by historical memory translated into contemporary form.

Light is the element that makes the plane of the roof even flatter and more horizontal, and is reflected around it, in a “metaphysical” condition of light within light which is perhaps only possible by the open ocean. The gravity, to use another expression dear to Campo Baeza, of the geometry of the volume is defeated by light: the light penetrating through the regular rhythm of vertical planes closing in the building with six orderly openings on each side and the front openings overlooking the sea. They are not so much windows as great portals, accessible only to the sun.

At this point Campo Baeza adds new light to the bold, warm, diffuse light coming in through these big windows to create space: when the sun is at the zenith, it penetrates the holes of glass in the infinite plane and descends vertically, bursting into the space as in a sacred building.

The figurative choices in this and many other projects by Campo Baeza derive from elementary geometric shapes - the circle, the rectangle, the square, the horizontal plane and vertical surfaces: he does not desire formal evolutions, but aims to transform elementary (essential) space into a revelation of light (creating more with less). 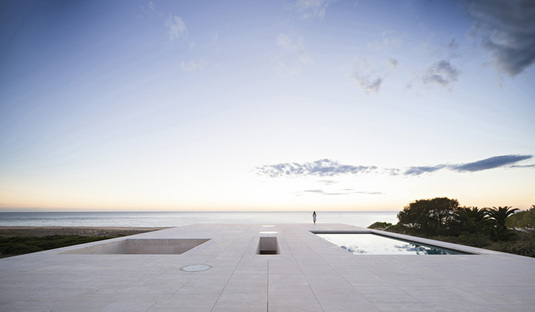 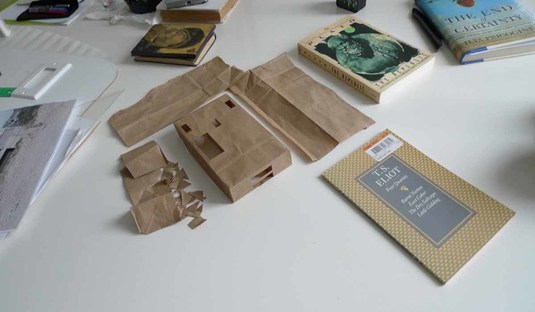 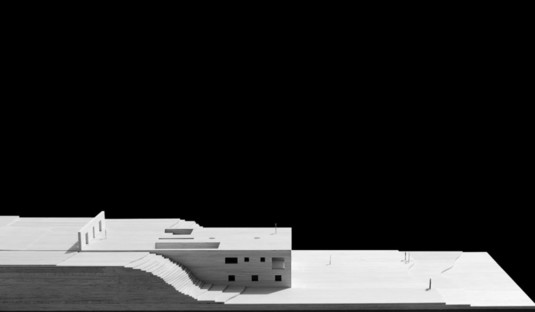 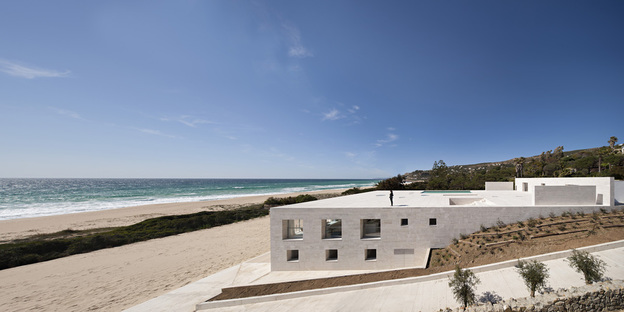 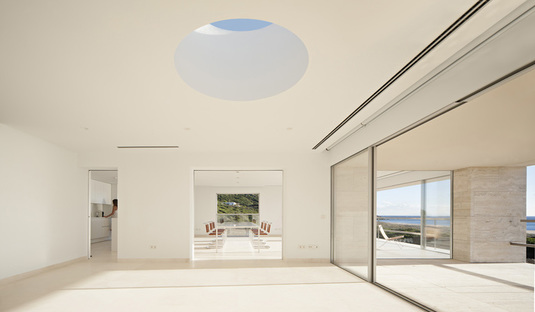 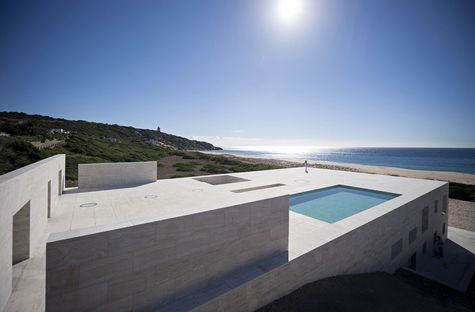 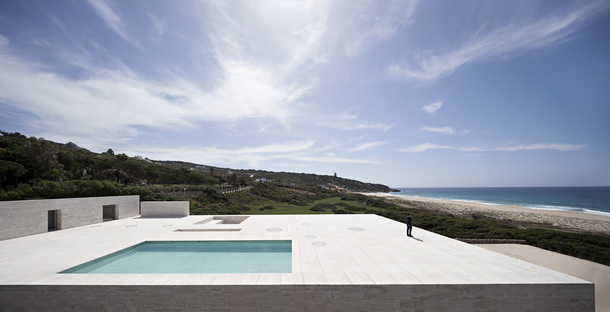 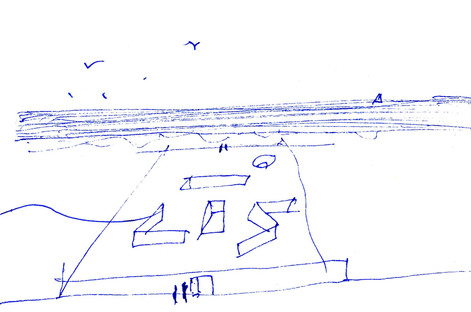 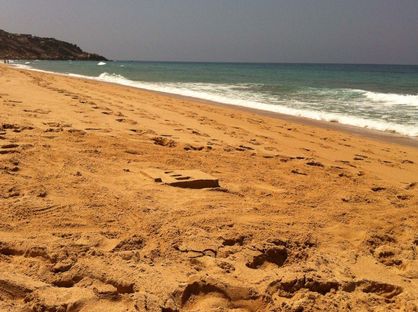 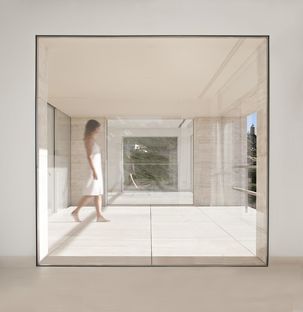 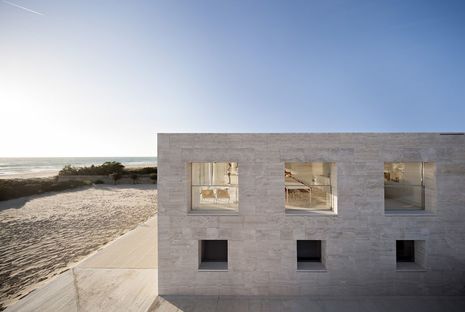 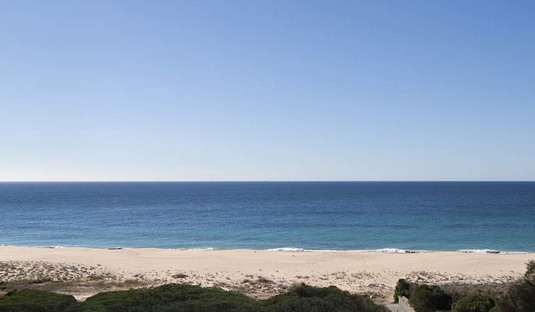 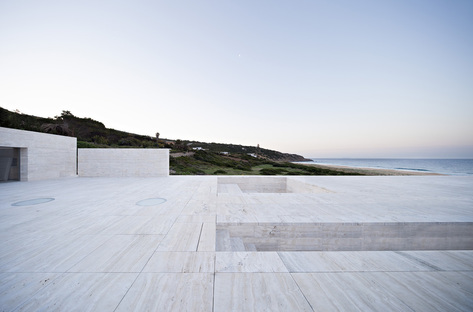 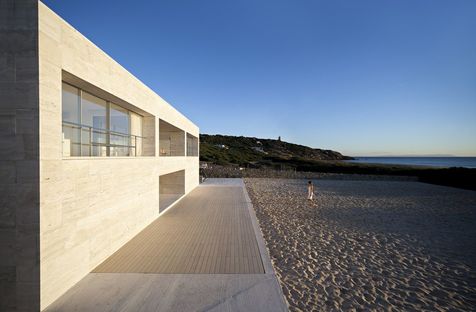 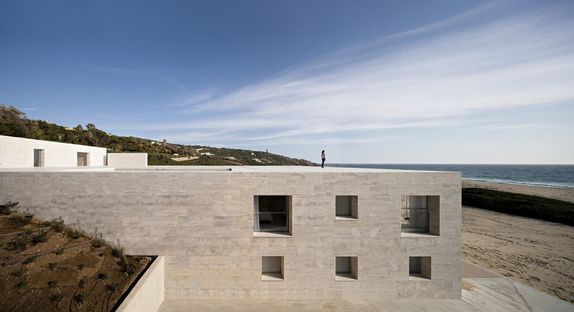 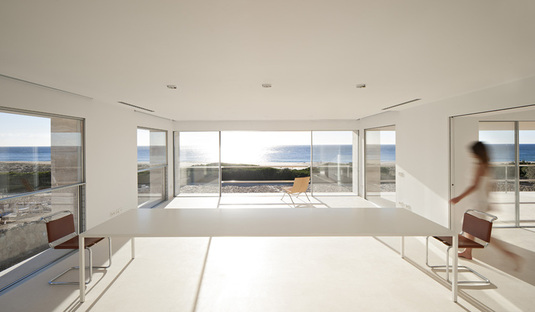