Constructed for the Seville World Exposition in 1992, the bridge linking the city with the island of Cartuja has a span of 200 metres and is over 4 km long.Its daring forms and suggestion of energetic movement have attracted international public attention to the Alamillo Bridge ever since it was first designed. 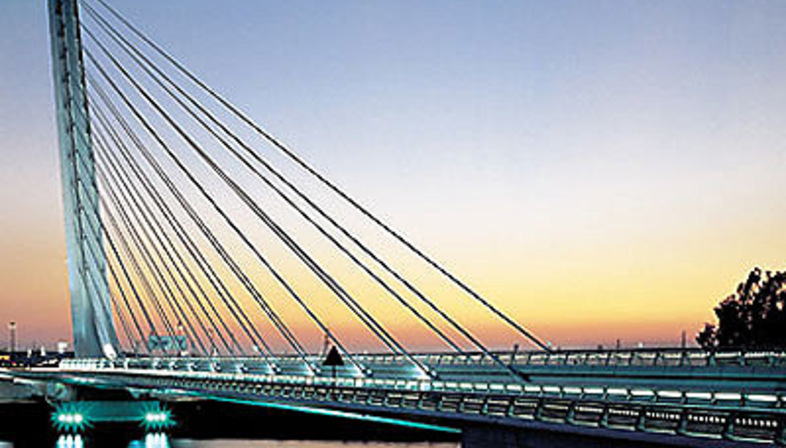 Calatrava thought of the bridge not only as a link but as an element of the landscape, an important feature in an urban system which will also stimulate growth in the area.
During Expo 1992, in fact, the construction of the Alamillo Bridge and other new infrastructures, roads, hotels and parks helped define the architecture of the area and add to its value for the landscape.
The work perfectly reflects Calatrava's way of doing architecture, always orientated toward creation of lightweight forms, a form of design which conveys the idea of movement and technological innovation.
A definite cultural icon of the twentieth century, it is the work that most reveals the combination of architecture and engineering, as seen by one who is not only an architect and an engineer but a sculptor as well.
Finally, the bridge is a symbol of the transition of industrial society into a new phase in which creation of value depends increasingly on integration of advanced technologies, organisational skills and imagination in a single project. 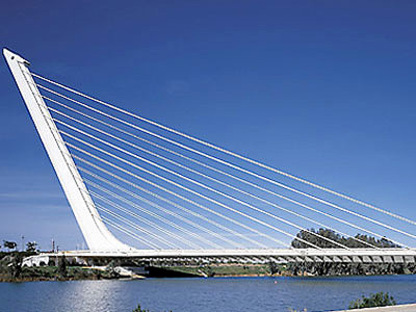 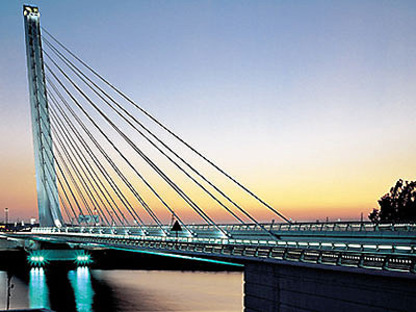 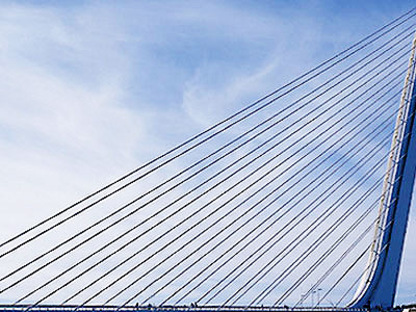