In Kristiansand, Norway, Finnish architectural studio Ala Architects has built an arts centre containing a large concert hall and a theatre.  The history of the project, which began in the ’80s, led to construction of a landmark of great symbolic value; the Kilden has a sculptural shape somewhere between art and architecture, overlooking the city’s waterfront, and its design and use of materials are derived from local history. 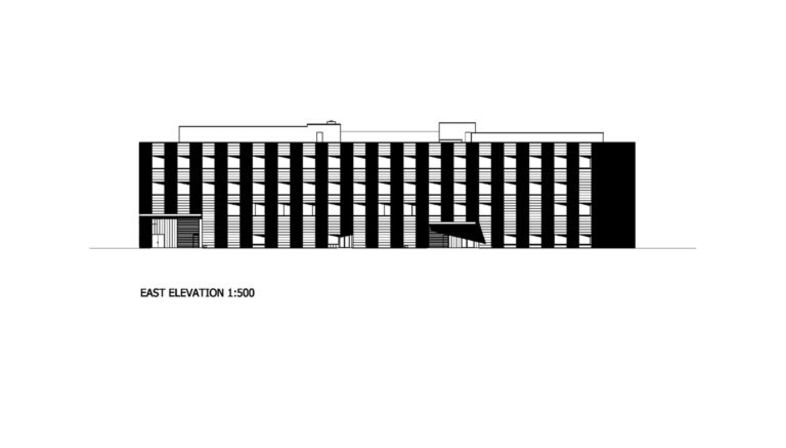 A work of architecture with profound links to its surroundings, the Kilden Performing Arts Centre in Kristiansand, in southern Norway, is a cultural centre which citizens could identify with right away, raising it to the status of symbol of their city. Designed by Ala Architects of Finland for a competition held in 2004, the building gives concrete form to the idea of combining an opera house with theatres in a single landmark building on the city?s waterfront to form a new cultural centre. Ala Architects have successfully interpreted the pride of the city, which first began to plan for a large arts centre back in the ?80s. The Kilden is a highly recognisable project, welcoming visitors to the Kristiansand waterfront even when seen from a distance. The three internal walls, covered with plates of dark metal, are characterised by geometric units inspired by industrial architecture, drawing attention to the main façade, with its large window crowned with a ceiling of local oak wood in a surprising wavy shape, concealing the spaces and technical facilities serving the halls in its interior.

This wall of glass overlooking the sea has restored the vitality of Kristiansand?s port and fish market, attracting people to the area, while the large planks of oak on its surface form a sequence of waves putting the building somewhere between sculpture and architecture. This is also in line with the building?s functional intention, incorporating different spaces for different forms of art: it houses Agder Regional Theatre, the Kristiansand Symphony Orchestra and Opera Sør (the local opera company) and can host cultural events of various kinds. The layouts of the ground floor, the mezzanine and the first floor have been studied to ensure that technical facilities can be shared by the two big halls and the smaller central hall to optimise their efficiency.
The architects chose oak for the roofing for a number of different reasons, interpreting the tradition of using timber in Scandinavian countries, where it is still considered part of a deeply rooted sense of identity. The curved boards forming the wave that crowns the building are a reference to the flourishing trade in oak wood in this port in the 17th century. The boards are now made using machines with numerical control that allow the material to follow the architects? harmonious design, which may be seen as paying homage to the sea or as representing an imposing curtain opening to reveal the stage of the arts. It can be interpreted in different ways, as architecture gives concrete form to a feeling through invention; in this case the invention also optimises acoustic design, an integral part of the architectural project. 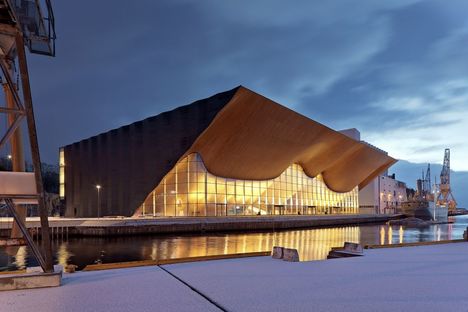 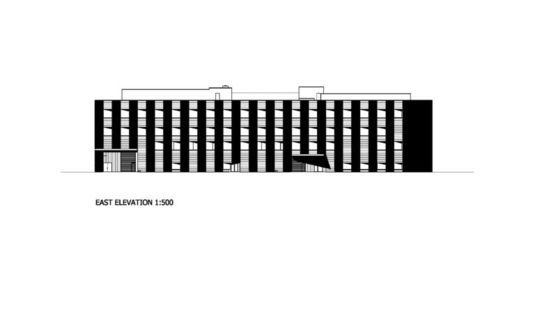 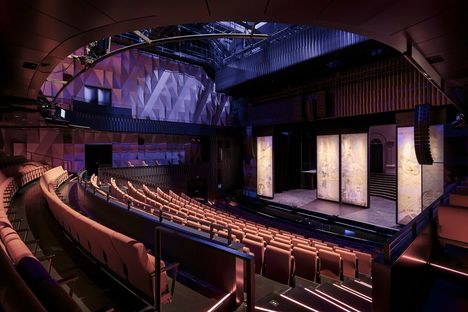 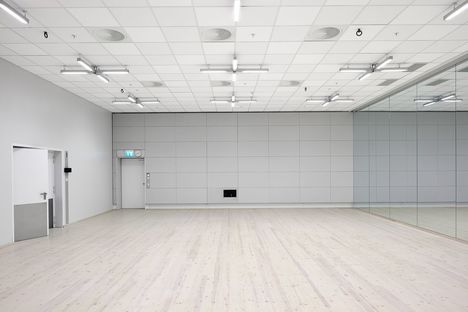 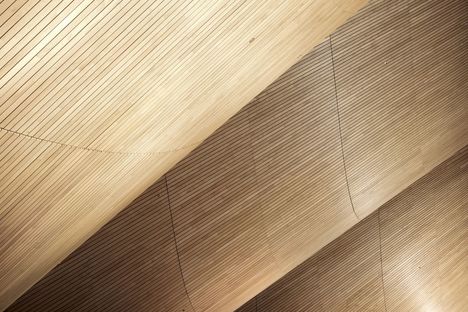 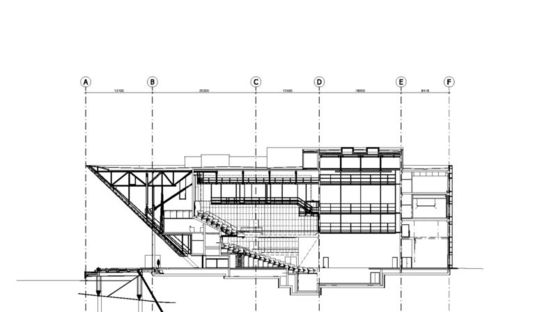 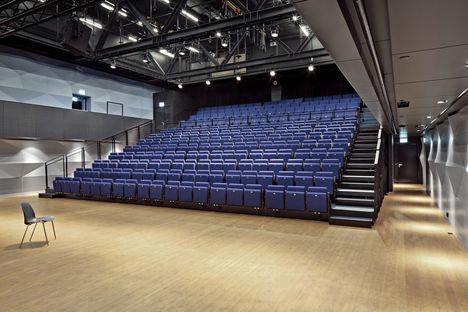 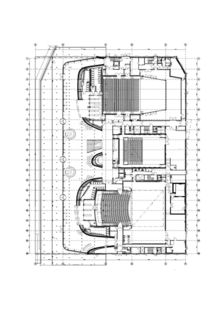 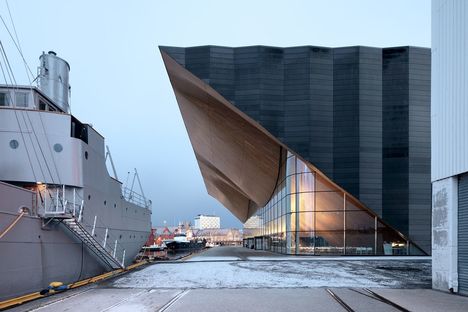 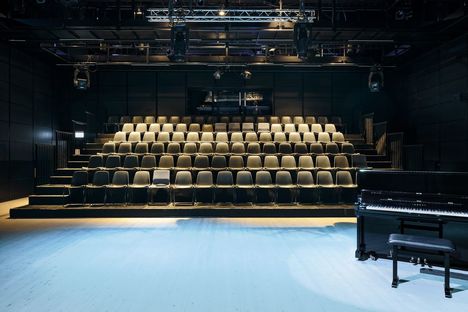 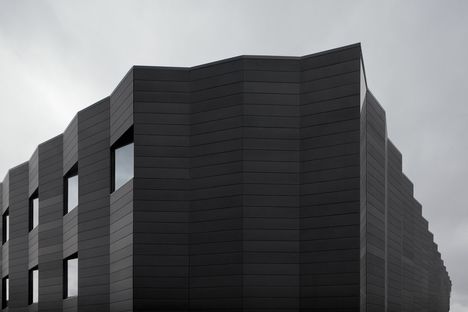 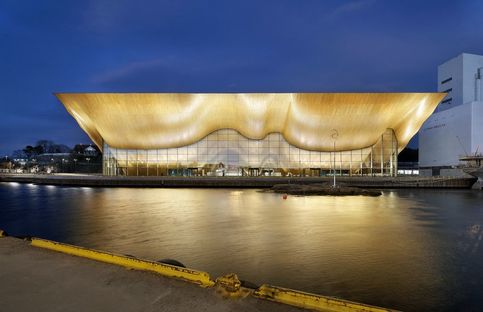 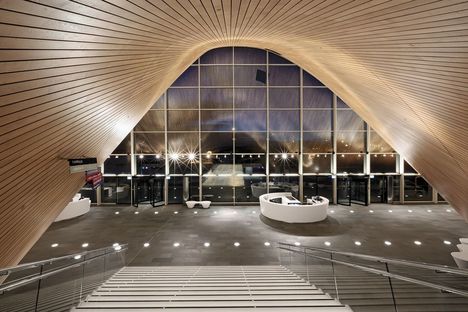 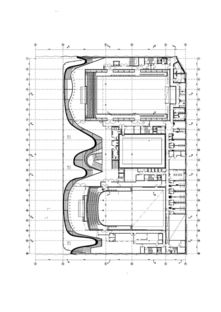 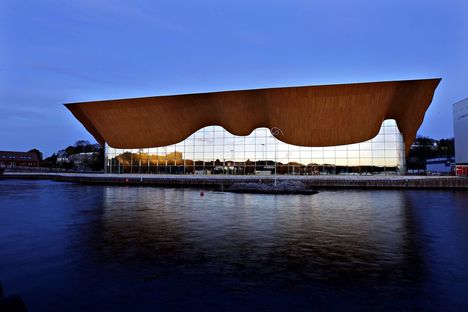 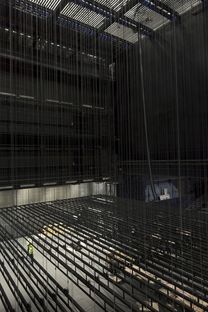 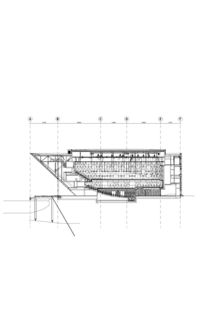 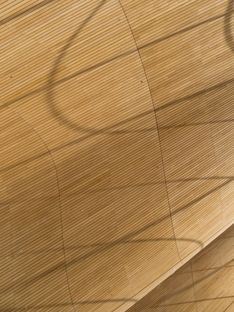 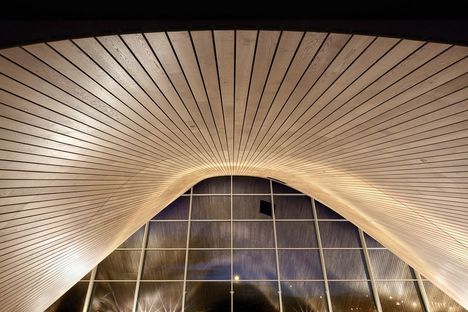 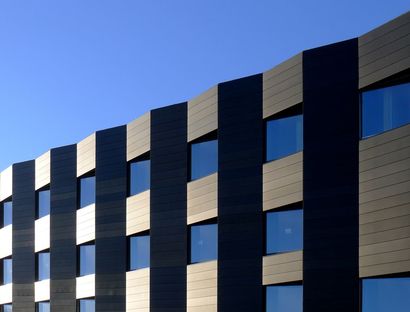 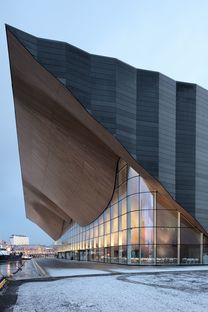