AH-Bräu architecture of the Southern Tyrol

The new AH-Bräu restaurant and brewery designed by Gerd Bergmeister in Sachsenklemme (Bolzano) uses contrasts and cross-references among different materials to underline and differentiate its functions, casting roots in the local soil without reducing itself to banal imitation. 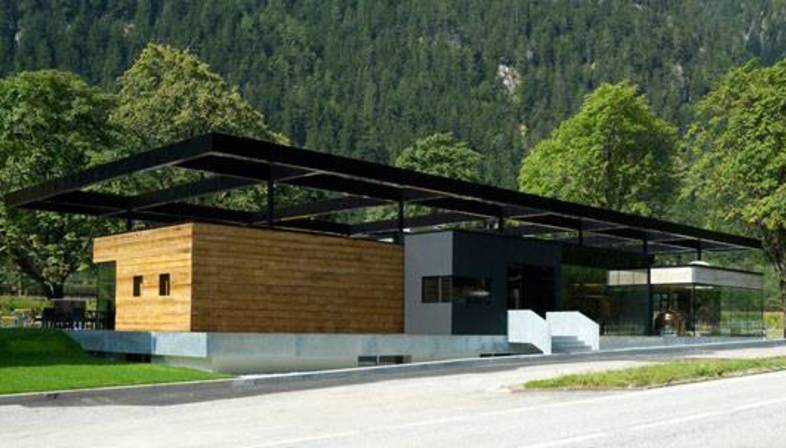 AH-Brau restaurant and brewery near Fortezza is a volume formed by the intersection of five bodies of different sizes underlined by use of different materials.The building does not try to stand out in the landscape, but seems to want to disappear so that the spaces inside it blend into its setting.

The five main bodies are regular parallelepipeds which intersect to create a single large volume in which different functions are made recognisable by the choice of materials, both inside and out.
The entrance is a volume covered with black plaster that crosses the whole building to include the smokers’ area and connect with the “stube”; the glass door is a reference to the big pane of glass that links the smokers’ area with the garden at the back. The “stube” is covered with oak wood inside and out, with small windows, benches along the walls and wooden tables and seats with holes in them in the classic style of the stube of the South Tyrol, the only bit of decoration the architect allows in the interior architecture.Opposite the stube, beyond the entrance hall, is the bar and beer hall, which blends with it thanks to use of the same flooring, composed of a quartzite blend, but differentiated from it in height: the stube is closed in on itself, while the beer hall seeks links with the outside, especially with travellers on the street in front of the restaurant. A big pane of glass running the full height of the building characterises the rest of the facade, up to the corner where exposed concrete appears. At this point the fourth volume emerges, introducing the concrete walls but returning to the theme of wood with oak panel flooring. The building is clearly identified as a brewery by two copper tanks on view in the window. The service areas, technical premises and storage areas are contained in the last building, a completely closed-in volume covered with golden Alucobond panels. The building demonstrates great attention to detail, from the metal structure of the two rough oiled black steel panels to the different types of wood used in the furnishings and the flooring in the interior, decorating spaces that have no other form of ornamentation.

On the road between Vipiteno and Bressanone, the traveller’s attention will not be captured by the AH-Brau in Sachsenklemme, but will rather focus on the imposing nineteenth-century inn next door to it, with its red and white shutters and castle-like appearance. The beauty of Gerd Bergmeister Architekten’s design is just this: it does not imitate the building traditions of Alto Adige or complacently pay homage to them. The tradition of wood is not used as part of the local inheritance but as an element bringing together different aspects of space in different forms (chairs, tables, wall and floor coverings); and respect for the building's context is revealed in the linearity of its forms, which are of secondary importance in relation to the landscape, which is made a part of the building’s design through use of large glass surfaces.
by Mara Corradi 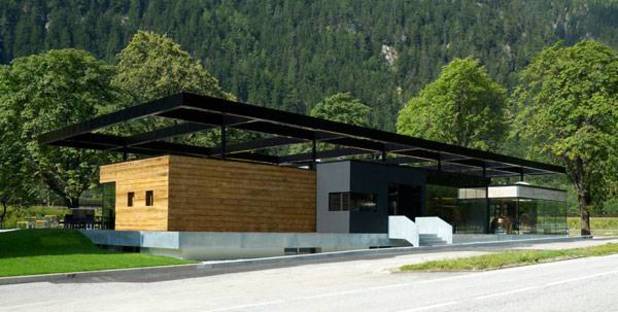 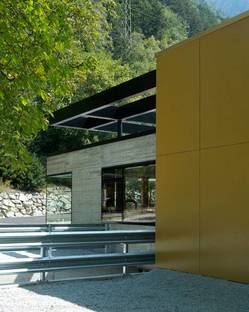 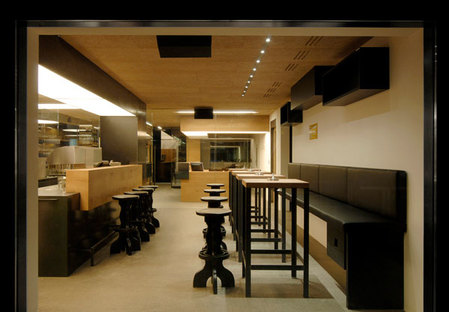 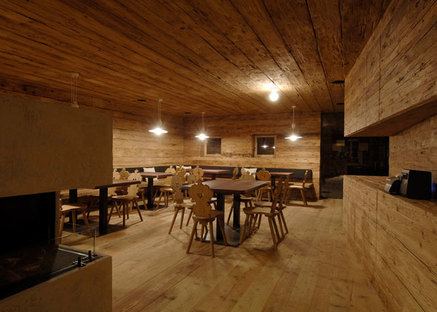 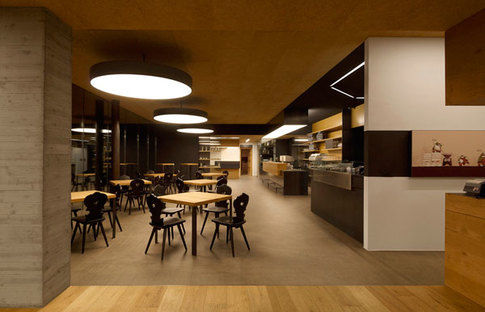 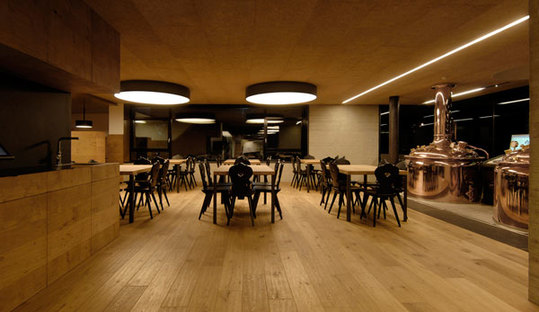 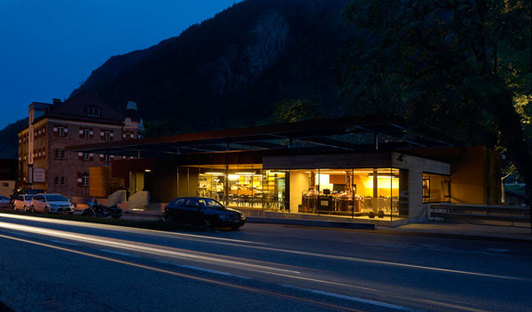 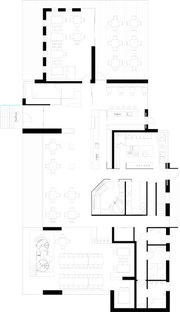 Town@house street: the city in a hotel