In Lelystad, a Dutch city in the province of Flevoland (in the centre of the Netherlands), the Agora Theatre, created from a project by Ben van Berkel (UNStudio), is architecture that makes its outer shell its distinctive symbol, both for the peculiarity of its shape and colour and for the way in which it also affects the interior. 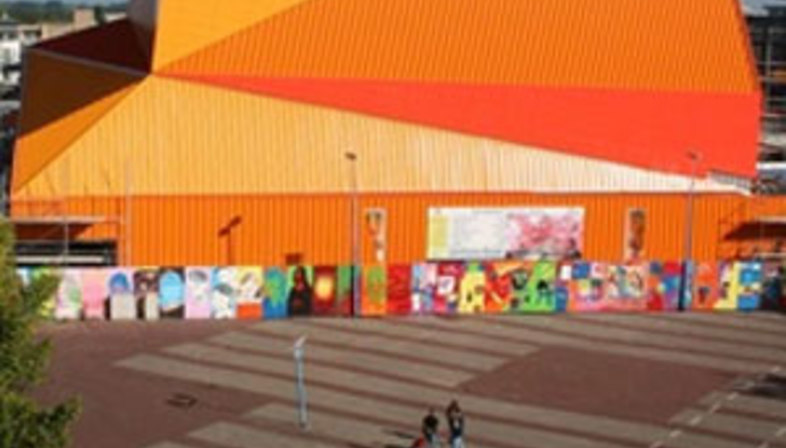 The outer surface is marked by numerous cuts that separate it into geometric compositions, with decisive lines and an extremely dynamic effect. Sharp corners are contrasted by flat surfaces. These jut out in some points and are covered in steel and glass. The colours have warm tones between yellow and orange, softening the sharp design of this shell-sculpture.
The reference to a kaleidoscope is immediately clear: both due to the affinity of images and to the variety of forms and the blending of colours. The latter also recall the colours of the sky and of the city itself. The interplay of reflections continues as these colours, which meet with the light and with the different inclinations of the surfaces, give a new image of the building at every moment of the day. The reference is to the changeable world of the theatre, where the boundary between real and unreal often becomes fainter, almost imperceptible and where nothing is clearly defined. This kaleidoscopic dimension is therefore made up of allusions, references and reflections.
The choice to facet the facade was also dictated by the need to distance the two performance rooms as much as possible for questions of acoustics, while at the same time retaining a united image for the whole building in a single volume.
The result is therefore a space with an extremely articulated interior, with two theatres, dressing rooms, several foyers, a scenic tower and a restaurant: all enclosed in a broken shell that, at the same time, gives an image of unity. 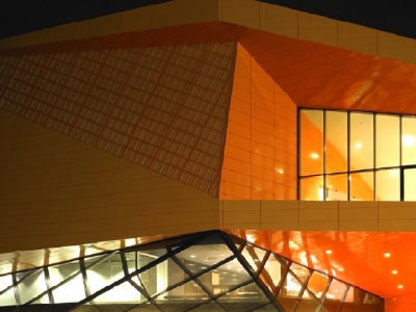 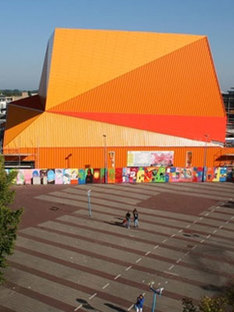 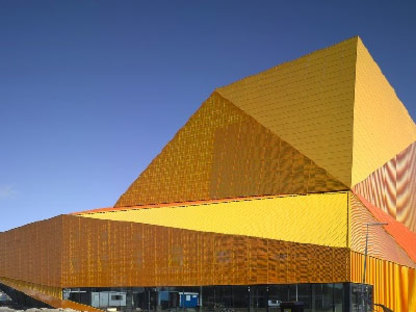 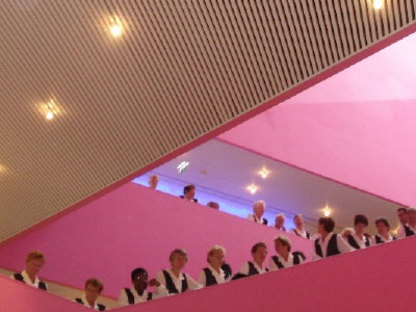 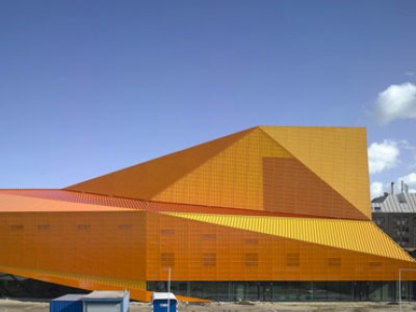 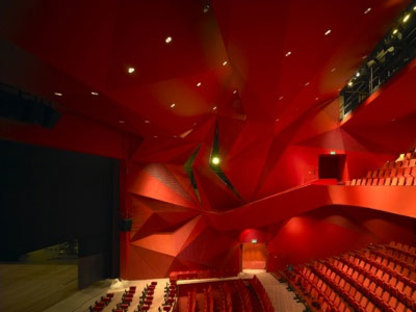 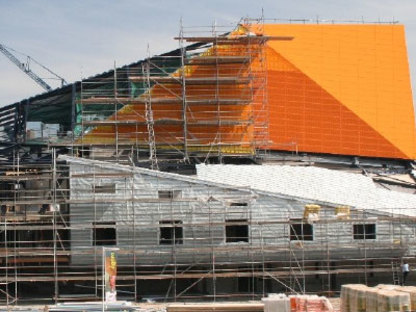