The Academic Medical Centre of Amsterdam forms part of a series of new university hospitals, built in Holland starting from the Sixties to meet the need for health-care facilities adequate to the growing demands of research, teaching and therapy. Built to the design of Duintjer, Istha, Kramer and Van Willegen with D. van Mourikil, the facility was designed over a quite long span of time, considering that the first stage dates from 1968 and the last from 1982, while it was built between 1975 and 1983.
This is due not only to the considerable size of the hospital, which is one of biggest in Holland,but also to the basic conception of the building, purposely designed to be built gradually and, above all, to be modified and enlarged with the passage of time.
With this objective, a square-mesh grid system was employed, made up of vertical axes on which three side-by-side structures house the various departments of internal medicine, surgery and neurology; and horizontal axes, on which stand four structures containing the functions of the various departments such as hospitalization for outpatients, research and therapy, the staff and research laboratories.
Each of the intersections between the various bands identifies a pavilion linked to an individual department. The resulting grid also defines the structure, laid out in modules of 7.8 x 7.8 meters.
The various pavilions are connected together by a series of main and secondary streets which, as in a real urban system, converge to form public squares covered by great skylights, utilized mainly as areas for sojourn, study, or refreshment. 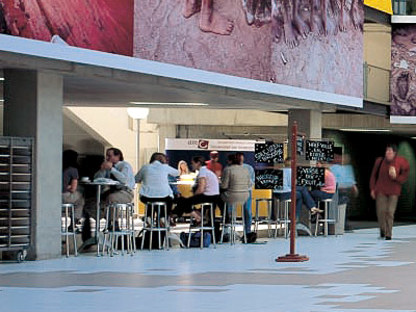 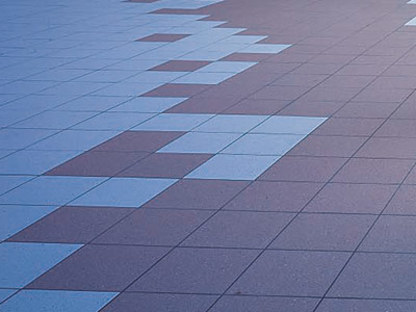 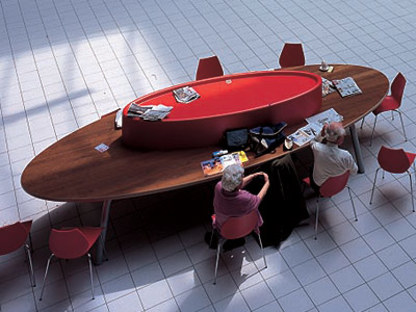 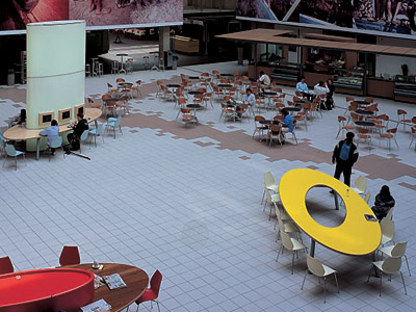 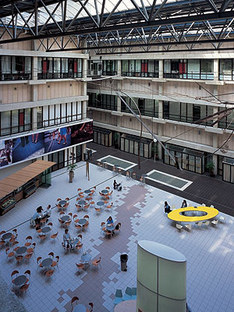