The plan for a house in Gerês National Park in Portugal is an example of the kind of architecture that sets aside formal advocacy to draw its inspiration from nature and mould itself completely to its requirements, revealing one of the many faces of sustainability: the one based on attentive use of materials and interaction with the landscape. 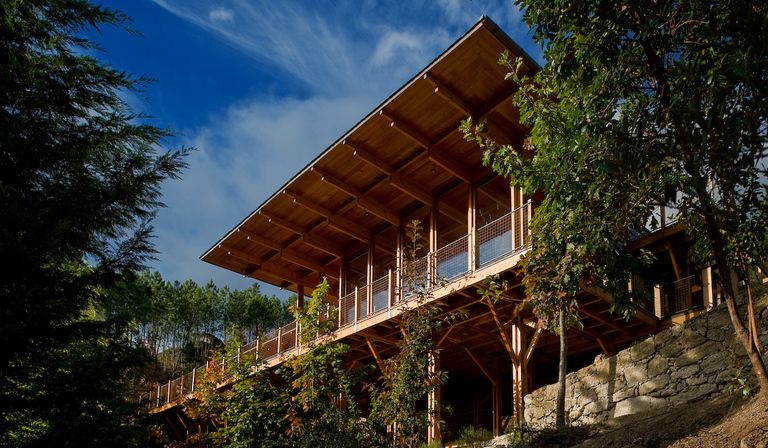 In Gerês National Park there is an old 800 square metre tennis court, built years before the area was declared a national park. Under current legislation, the presence of this unusual artificial element, built on a platform rising out of the forest, permitted construction of a building measuring about 200 square metres on the site. The desire to live in a house surrounded by trees drove the client who commissioned the home to buy the land and adapt to all the restrictions on construction and logistics involved in building a home in this place, such as the fact that it is much easier to get there by boat than by road or by crossing the forest around it, or the requirement that the house be built entirely out of wood. To reach the site you need to climb almost to the top of the hill on a narrow, windy road and then go down a gravel road, where the increasingly beautiful view does not attenuate the danger of the steep drop below. Despite a fire a few years ago, traces of which can still be seen, the site is still covered by thick vegetation; as you make your way through this, at a certain point you glimpse the cement platform which forms the only flat spot on the 14,500 square metre site.
Architects Carlos Castanheira and Clara Bastai planned a home made of fir wood supported by 52 slender pillars, rising above ground level for a better view and thus taking advantage of almost all of the former tennis court surface for use by vehicles. The home may be reached in two ways: by car via a descent ending under the home or by foot over a bridge from the hill to the top floor of the building. The layout of the home is very simple, dictated by a long corridor leading to the living room and kitchen and, on a slightly higher level, the three bedrooms and bathrooms. The project is characterised by a large terrace on two levels, one accessed directly from the first floor and the other slightly lower down so that the nylon railings do not block the view for people inside the house.
The regular structure of red fir beams and pillars has been left in view, though sheltered to protect it from the elements, in compliance with the concept of the home as an emanation of its context. This episode has attracted a lot of controversy, focusing attention on this nature reserve, which, after the construction of the home, benefited from an overall redevelopment of the hill, planting of new trees and improvement of paths, and deserves consideration on the contemporary architecture scene as an example of a new form of sustainability in which materials serve a culture of landscape. 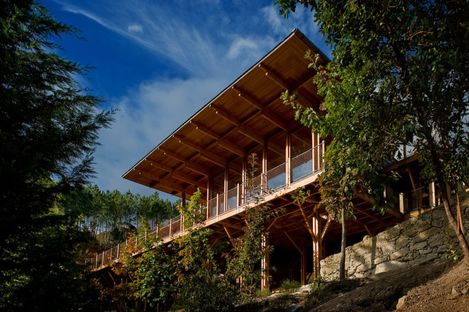 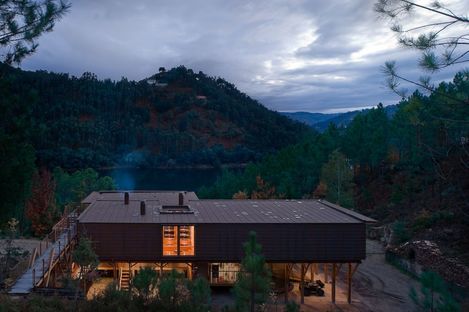 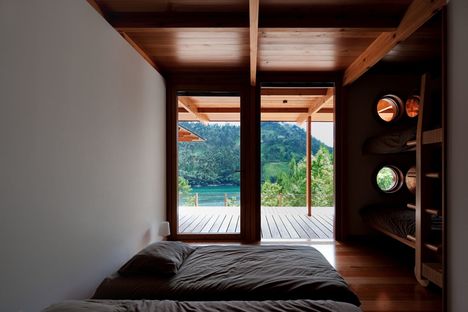 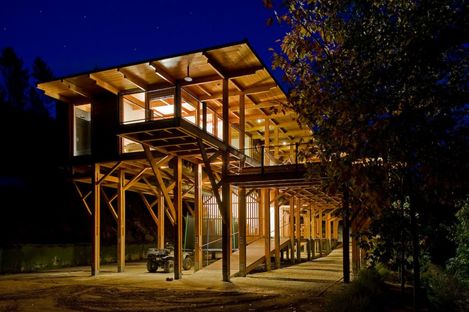 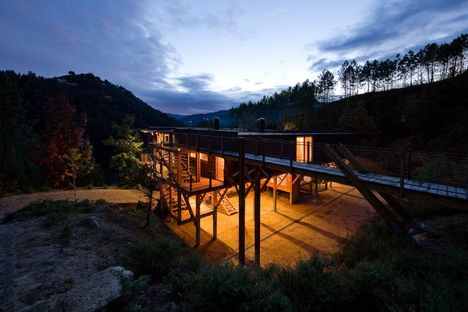 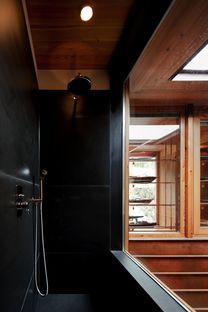 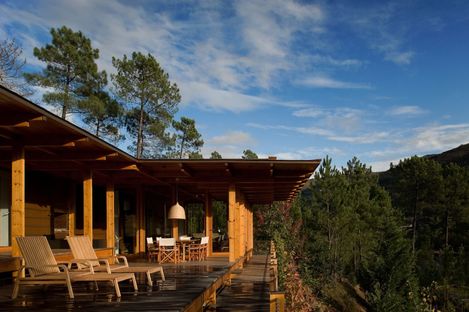 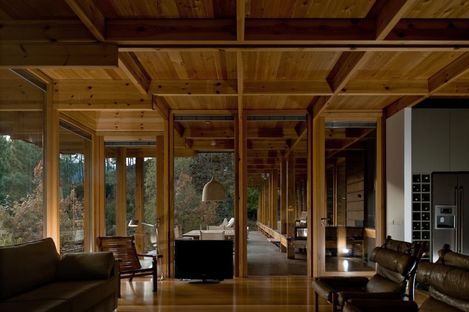 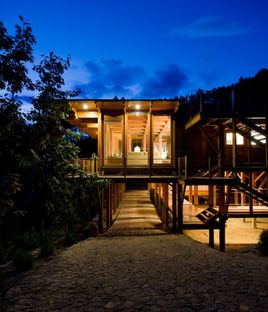 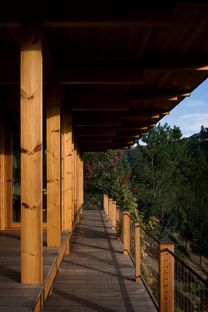 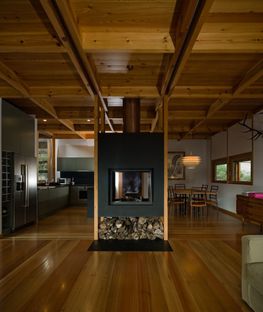 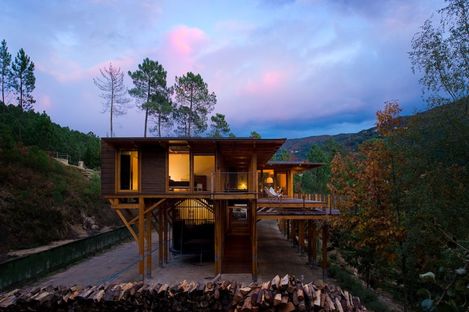 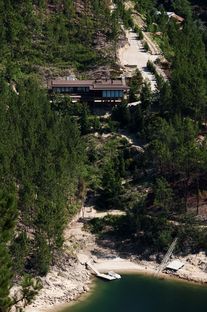 Castanheira: a house of cement and wood