June 26 saw the inauguration of the installation 8 ½ by Roman studio orizzontale, winner of the 2014 YAP Young Architects Program at Maxxi, a programme promoted in partnership with MoMA/MoMA PS1 of New York, the Istanbul Modern, Constructo in Santiago, Chile and the MMCA National Museum of Modern and Contemporary Art in Seoul. 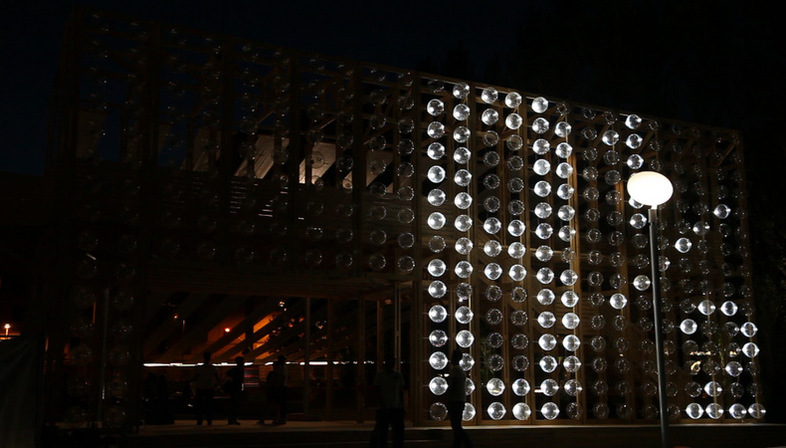 The 8 ½ installation designed by Roman studio orizzontale will host PLAY with YAP, a series of summer events organised by Maxxi, the National Museum of 21st Century Arts designed by Zaha Hadid.
8 ½ will be a "portable theatre, a machine for living in the piazza", which citizens increasingly perceive as a space open to the city for hosting architecture, film, design, fashion, music and theatre events, which began on June 27.

The installation designed by studio orizzontale consists of two main elements. The first is a big wooden wall which people can walk through, 8 ½ metres high with one side covered with plastic balls created by recycling craft beer containers which light up at night. The second is the platform of the stage and covered arena with water games.
The installation is made of recycled materials using a simple technology based on the principles of self-construction. Though designed specifically for Piazza Alighiero Boetti, the square in front of Maxxi, it is a flexible installation which could easily be dismantled and adapted to a different site. 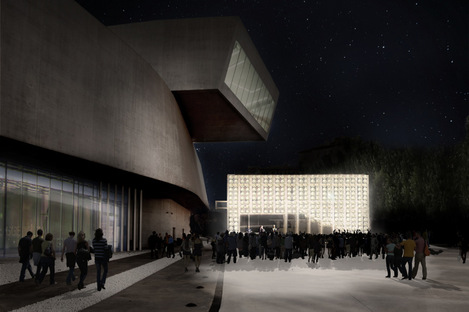 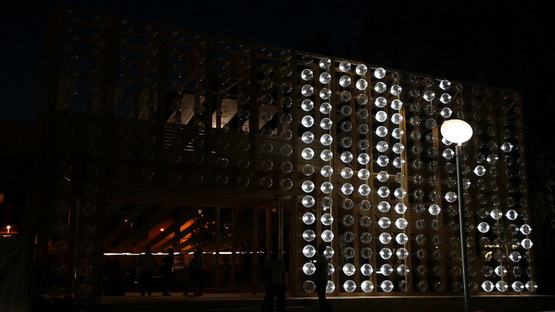 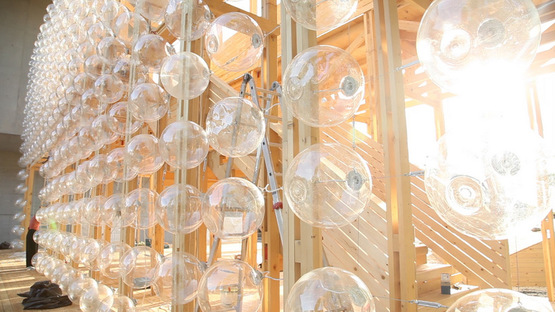 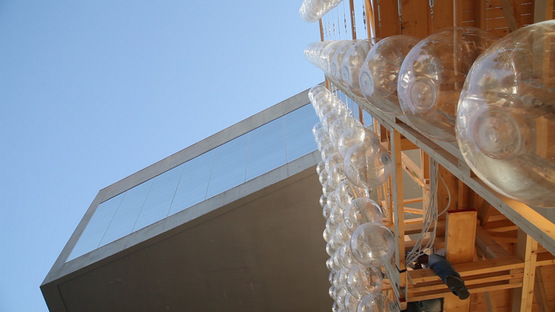 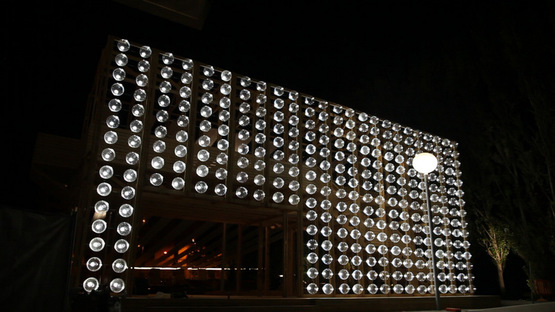