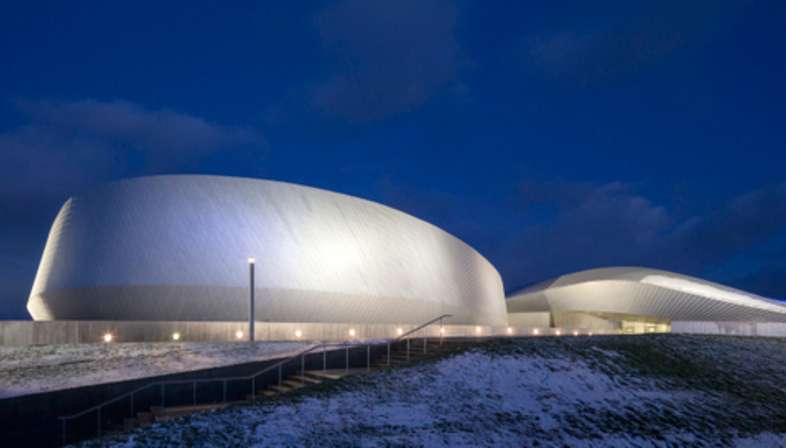 Copenhagen?s new aquarium, "the Blue Planet", designed by 3XN architectural studios, winners of the design competition held in 2008, opened to the public at the end of March. The building?s complex curved geometry and sparkling aluminium wrapper recall the motion of the sea, forming a sort of whirlpool which attracts visitors and draws them down into the depths of the sea.
The Blue Planet is Europe?s biggest aquarium, with more than 450 species of fish and aquatic creatures in more than 53 tanks containing a total of 7 million litres of water. Located on a promontory extending out into the sea near Copenhagen airport, 3XN?s project becomes a trait d'union between land and sea.
The outdoor route guides visitors to the main entrance and the big round atrium which is the centre of the building, from which visitors can construct their own tour route, choosing to explore the various aquatic worlds (river, lake, ocean), attracted by the sounds and images introducing them to various different exhibition areas. 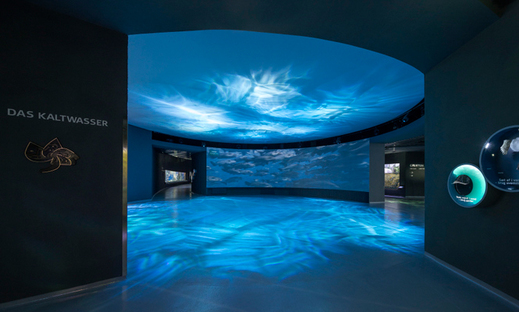 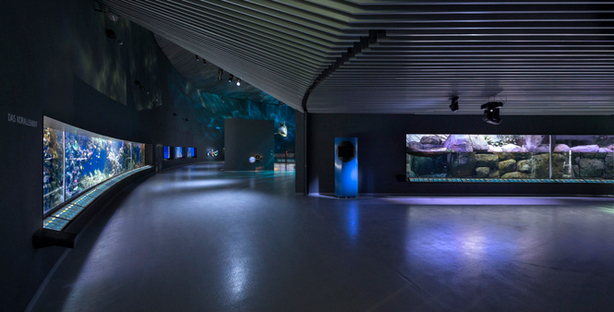 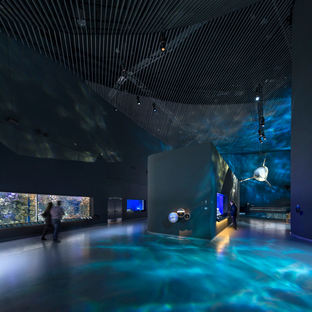 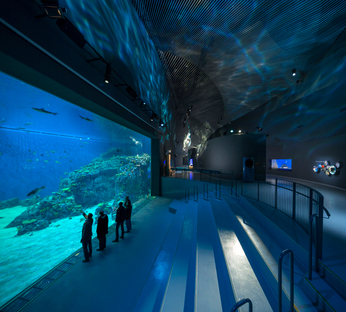 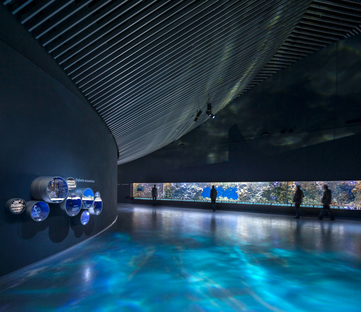 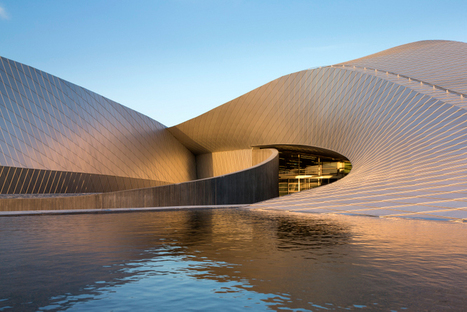 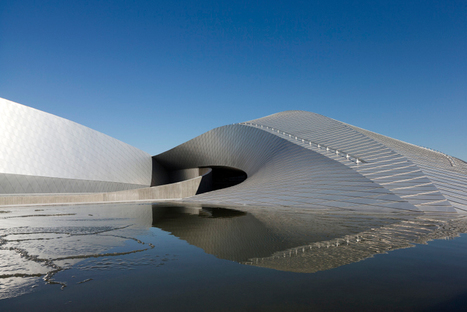 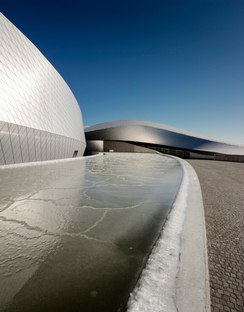 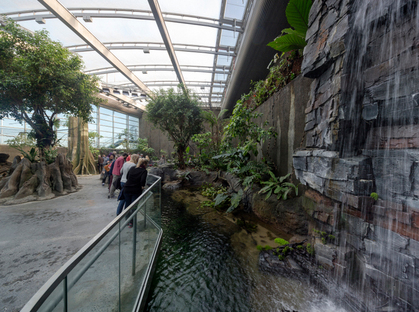