The 46th Pritzker Architecture Prize will be presented in May in Paris’ Palace of Versailles, but the winner was already announced on March 5: Arata Isozaki, the eighth Japanese architect to win the world’s most important and prestigious architecture award, considered the “Nobel Prize” of architecture.
Born in 1931 in Ōita on the Japanese island of Kyushu, Arata Isozaki recalls that his earliest experience of architecture was the "architectural void" resulting from the atom bomb dropped on Hiroshima in August 1945. The architect was 14 at the time, and says that after the bombing, the “built world” around him became one of shacks and makeshift shelters, a condition that led him to wonder how people could go about rebuilding their homes and the city. 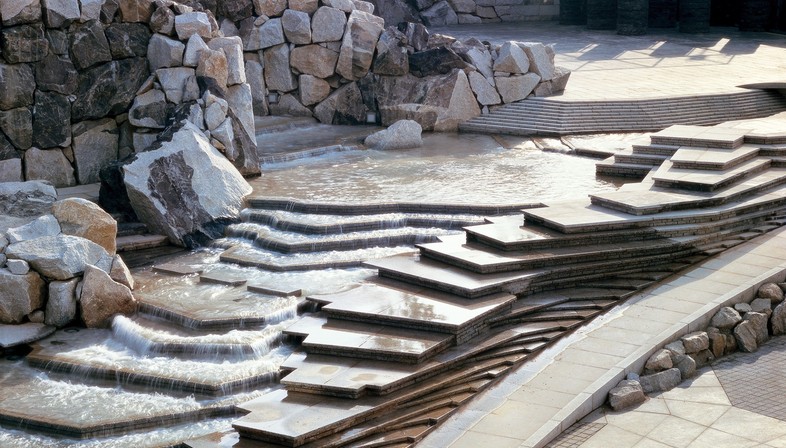 “ Clearly, he is one of the most influential figures in contemporary world architecture on a constant search, not afraid to change and try new ideas,” reads the Pritzker Prize jury’s motivation, tracing the Japanese architect’s lengthy career and mentioning a number of his most important projects, a diverse group ranging from constructions in a vernacular spirit to expressions of advanced technology.
Graduationg from the faculty of engineering of Tokyo University with a degree in architecture in 1954, he started working with 2015 Premio Pritzker winner Kenzo Tange, and founded his own studio, Arata Isozaki & Associates, in 1963. Like many architects, Arata Isozaki started out with projects in his hometown, such as Ōita Prefectural Library (1962 – 1966), before going on to work in other cities in Japan and all over the world. 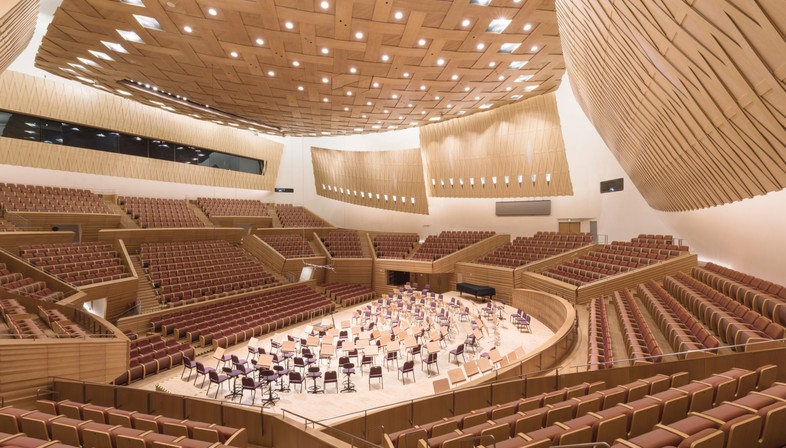 “ His architecture rests on profound understanding, not only of architecture but also of philosophy, history, theory and culture, ” reads the motivation, and the members of the jury also acknowledge that “He has brought together East and West, not through mimicry or as a collage, but through the forging of new paths”.
Starting in the '80s, Arata Isozaki designed a number of projects outside Japan, his first international project being the Los Angeles Museum of Contemporary Art (1981-1986), followed by Palau Sant Jordi (1983-1990) in Barcelona, Spain for the 1992 Summer Olympics and the Team Disney Building (1987-1990) in Florida, USA. He also built a number of important projects in China, including the China Central Academy of Fine Arts in Beijing (2008) and the Shenzhen Cultural Centre (2007). His most recent projects include the Qatar Convention Centre (2011), Ark Nova (2013) designed with Anish Kapoor, and the elegant Allianz Tower in Milan (2018) designed with Andrea Maffei. 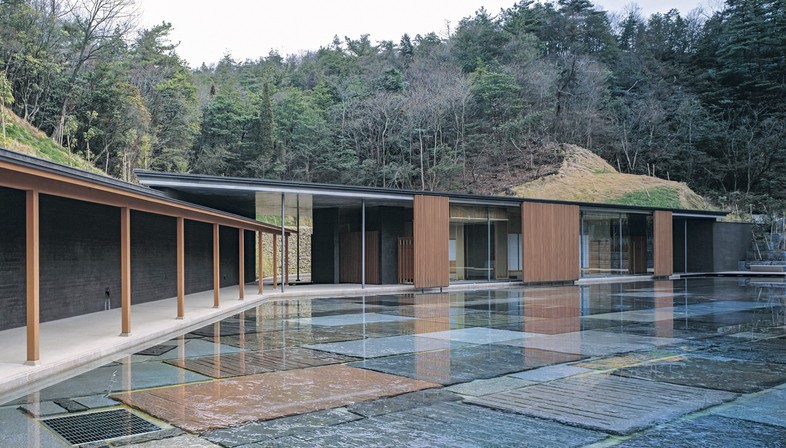 In his projects, Arata Isozaki demonstrates an understanding of the need for architecture to be both global and local at the same time. His architectural solutions are global, intercultural and interdisciplinary, but always reflect a profound awareness of the specific needs of their environmental and social context. Examples include Ceramic Park Mino (1996-2002) in Japan, where a museum of ceramics becomes an extension of the natural layout of the land with panoramic terraces extending out into the local vegetation, or Palau Sant Jordi, which extends underground to minimise the profile of the installation so that the landmark that stands out in the area is still the hill of Montjuïc.
Lastly, the jury emphasised how Arata Isozaki “has set an example of generosity as he supports other architects and encourages them in competitions or through collaborative works”. 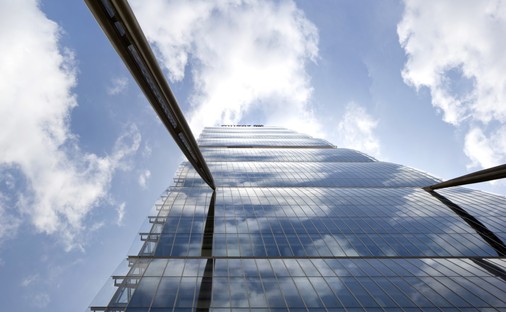 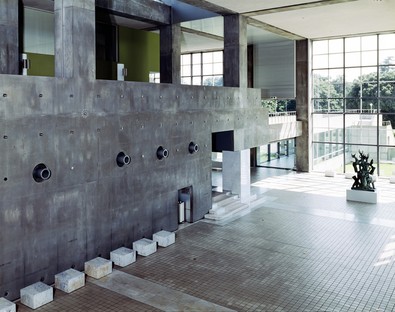 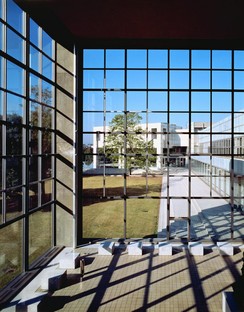 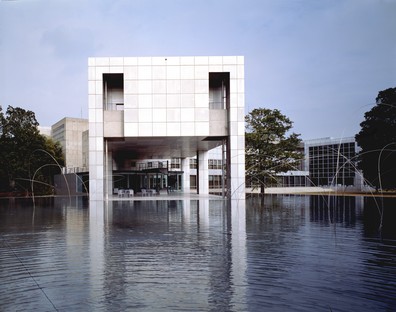 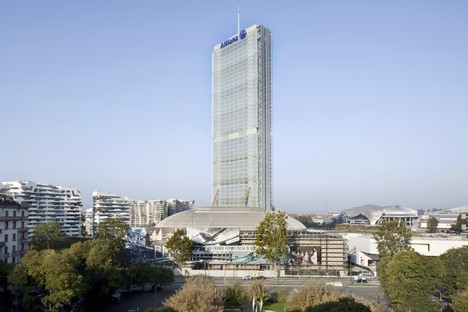 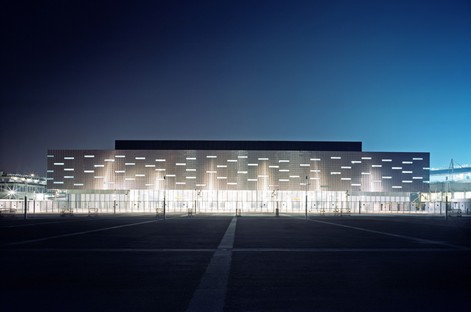 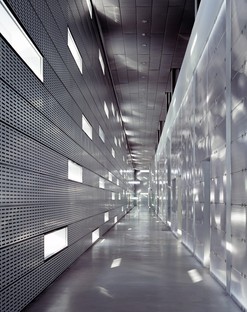 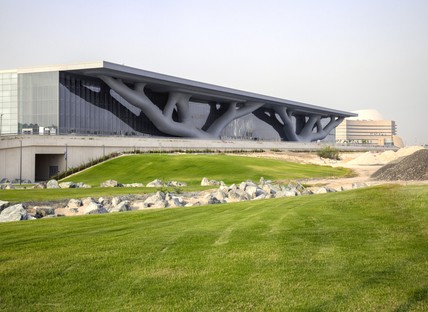 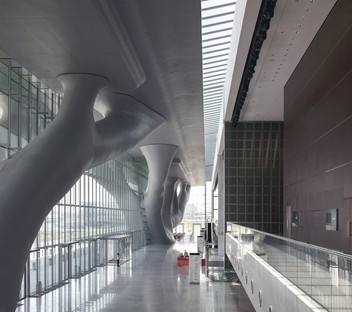 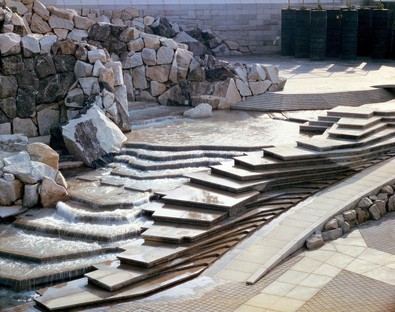 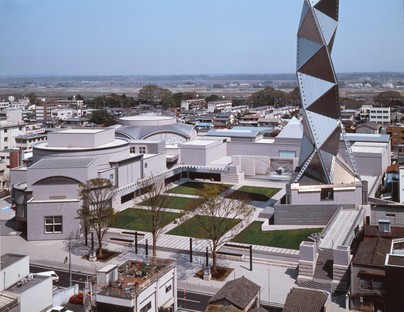 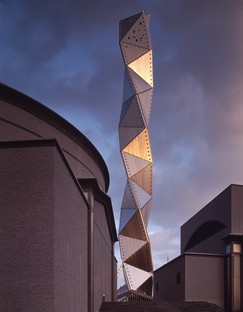 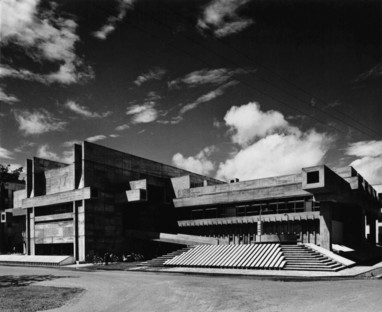 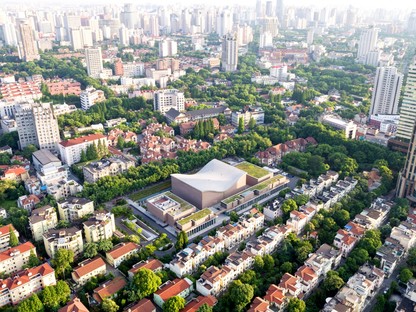 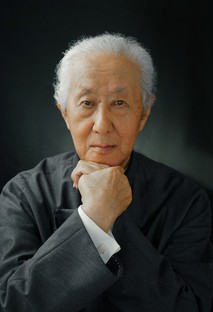 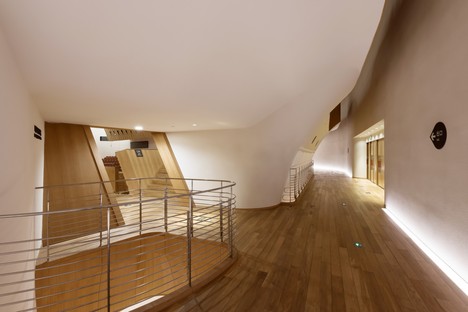 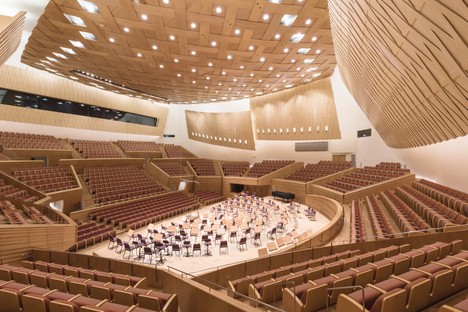 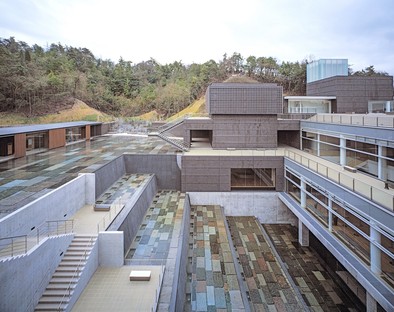 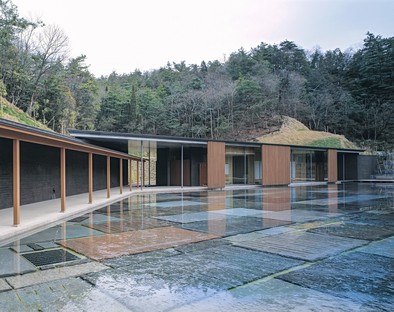 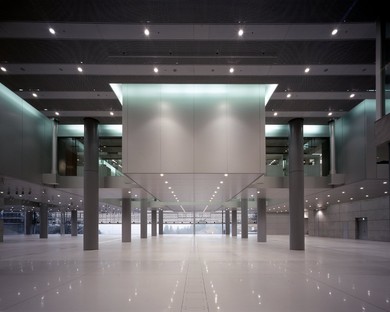 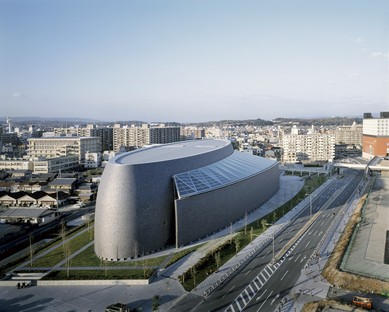