Where do circus performers from all over the world go to learn their trade? Those who go to Montreal will certainly stay in 115 Studios, the residence designed by Éric Gauthier of FABG for Cirque du Soleil. 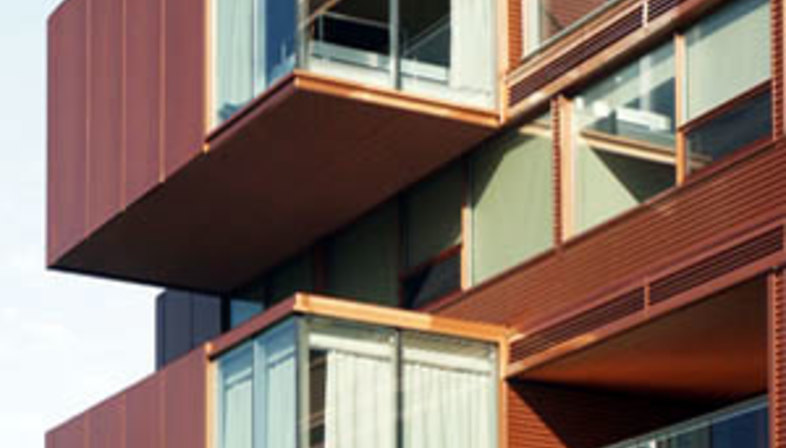 Founded by Guy Laliberté and Daniel Gauthier in 1984, Cirque du Soleil is a world-famous circus involving no animals.It is a great experience for artists, mimes, acrobats and jugglers, who spend their lengthy training period prior to performing staying in a building that was awarded a medal by the Royal Architectural Institute of Canada.
The project consists of 115 residential units on eight floors arranged around a series of central areas for common activities: physical exercise rooms, a party room and an internet café.
The most interesting aspect of the project is the ongoing interaction between the community areas and those intended for individuals. The way the building is organised represents the temporariness of these nomadic artists¿ stays, while at the same time providing an atmosphere that feels like a home -however temporary.
115 Studios is like a small town in itself, with its own central "square" - where its public life takes place - surrounded by a "curtain" of private lodgings. The corridors on which the rooms are located are places of mediation between public and private. Every part of the interior is well-lit, brightly coloured and high energy.The complex consists of a series of volumes that fit together in an "acrobatic" way, as if inspired by the movements and activities of their inhabitants.
The Royal Architectural Institute of Canada judges commented: "(...) La simplicité du concept de 'conteneurs empilés' confère énergie et audace à la volumétrie d'ensemble."

The containers are stacked and, at the same time, fit together, stick out and go back in, thus generating the continuous dynamic tension that is 115 Studios's hallmark.
The project reveals a subtle, cultured awareness of the concept of "difference". 115 Studios hosts artists from all over the world, brings different cultures together and encourages interaction. The project metaphorically represents the triumph of "variety" with a constant alternation of materials, colours, shapes and geometries. It is a dance of variations, comparisons, synergies and interferences. The result is a world that is heterogeneous and yet orderly, simple, elegant, modern. 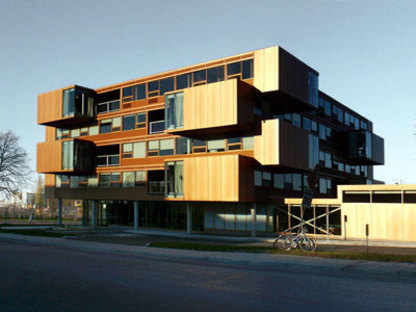 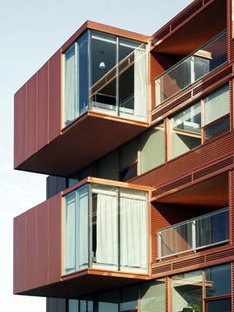 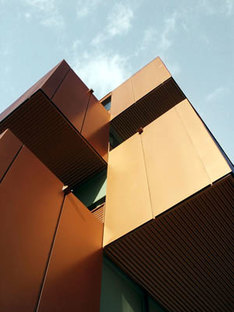 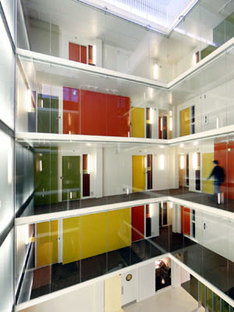